Los Angeles, CA – February 6, 2020 –SureSale, the first and only certification-as-a-service platform to create a consistent, high-quality standard for used vehicles, today closed $7 million in Series A funding. The round was led by Los Angeles-based Upfront Ventures, which has backed successful innovative automotive tech firms TrueCar and DealerTrack.   The funding round includes participation from Coffin Capital and Ventures, who led the seed round, among others.

Founded by automotive and technology entrepreneurs, Jeffrey Schwartz and Donny Hall, SureSale redefines the Certified Pre-Owned (CPO) category with a platform that expands the availability of CPO inventory for the 40 million consumers who purchase a used vehicle each year, while meeting the growing consumer demand for Certified Pre-Owned vehicles. 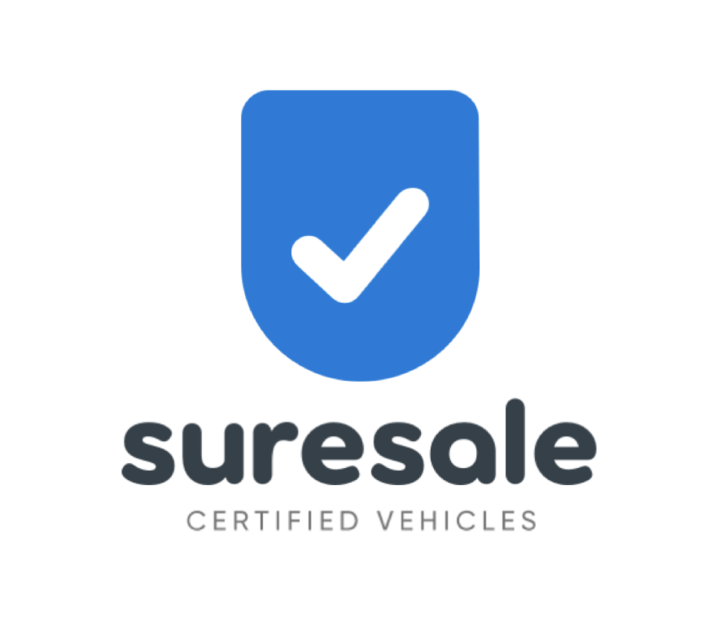 “The used vehicle industry is the largest retail segment of the US economy that, surprisingly, still has major untapped potential to create an independent, gold standard brand and maximize value for both dealers and consumers," said Upfront Ventures partner Kobie Fuller. "Donny and Jeffrey are veteran entrepreneurs who are bringing unmatched industry expertise and a technology-first approach to disrupt the traditional certified pre-owned category. We are excited to be their partners in this journey, especially as it's happening in LA."

As new car costs skyrocket, consumers have shifted their attention to quality used vehicles.  As a result, buyer interest in Certified Pre-Owned (CPO) vehicles, which come with a guarantee of quality and reliability, has increased 25% since 2016, and OEM CPO programs are experiencing their ninth consecutive year of record growth.  However, because existing CPO is limited to OEM programs, only a small fraction of the quality used car supply is available as CPO.  This means that, nationwide, auto dealers are unable to effectively meet what comprises an estimated two-thirds of used car buyer demand.

“SureSale’s unique platform, and recognized quality standard, bridges this certification gap by providing auto dealers with expanded opportunities to certify their inventory to increase profitability and meet the needs of the growing population of used car buyers who want to “be sure” about their used vehicle purchase,” said Hall, Co-founder and CEO of SureSale.

SureSale Certified provides independent and franchise dealers with a turnkey, state-of-the-art certification and marketing platform that allows them to certify more of their used vehicle inventory, across 30 makes and hundreds of models. The SureSale platform provides vehicle history data, mobile vehicle inspections, and VIN specific data, including recalls, as well as current warranty coverages, available coverages and detailed purchase protection. This is all presented through SureSale’s industry leading, proprietary Comprehensive Auto Report (CAReport). Each vehicle that uses the SureSale platform also benefits from VIN level digital marketing and point of sale merchandising support. 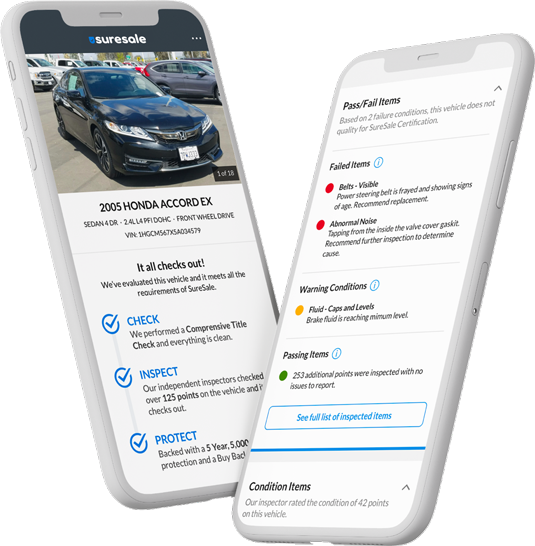 “With SureSales’s standardized ‘proof-of-quality’ and nationwide distribution, CPO buyers can have assurance that their vehicles have been checked, inspected, and protected,” continued Hall. “And this provides benefits to auto dealerships as well: studies show that CPO vehicles turn faster, are considered higher value by consumers and increase customer satisfaction.”

A recent case study of one of SureSale’s auto dealership pilot partners demonstrated that, in just a few months as a SureSale dealer, the dealership’s used vehicle sales increased by 30%, nearly three times greater than the average for the local market YOY. The dealership also reported increases in turn rates and opportunities for gross pick up.

Hall and SureSale co-founder and president Jeffrey Schwartz bring deep backgrounds of success with disruptive automotive technologies that challenged the existing landscape, creating value for both investors and industry.  Hall built one of the largest direct-to-consumer marketers of vehicle service contracts in the country. Over his career, Hall has been a leader and executive of multiple successful technology businesses in Southern California including LowerMyBills.com (sold to Experian), HomeLoanCenter.com (sold to LendingTree) and LeadPoint.com. Schwartz is widely recognized as a pioneer in the automotive Internet with 20+ years of automotive and technology experience. As CEO at Autoweb and Autobytel, both Nasdaq-listed companies, Schwartz formed relationships with every major automotive manufacturer and dealership group and over 25,000 retail franchises. Under Schwartz’ tenure in these roles, over $50 billion in retail sales were generated for participating customers.

SureSale has partnered with dealerships in select markets during its beta program and will use the funding round to further tap into the used vehicle market, expanding its proprietary certification-as-a-service platform, its distribution into franchise and independent dealerships across the country, and its partnerships with key automotive brands, product providers and indirect lenders. SureSale’s mission is to create the global quality standard by which used vehicles are measured by both buyer and seller.  The new category of vehicle, SureSale Certified, gives consumers access to a greater range of quality used vehicles and the peace of mind that comes from buying a vehicle that has gone through a 150-point inspection and rigorous background check, and comes with a clean title, a detailed CAReport (Comprehensive Auto Report), a 5-month / 5,000-mile comprehensive warranty, a 5-day / 500-mile exchange guarantee, and extended protection plans up to 36 months.  SureSale’s iconic spokesperson, ‘Shirley,’ gives used vehicle buyers peace of mind when buying a SureSale Certified vehicle.  SureSale Certified Dealers benefit from a turnkey, state of the art certification and marketing platform which allows them to certify more of their used vehicle inventory (over 30 makes with eligibility up to 15 years old and 150K miles) and sell more cars. Visit www.suresale.com for more information.