Here is the latest used car market report for the week of Jan. 4 from Black Book.
Throughout these party-filled holidays and a couple of slightly shortened work weeks, I must tell you that from our auction attendance at both physical and online auctions, the facts presented by the data we have recently received, and the comments from the dealers we have talked with recently, the market would not be described as normal in relation to the December activity of the past few years. 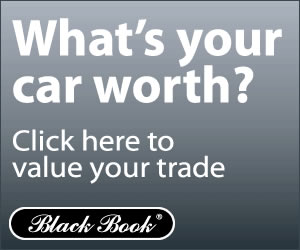 For the past six weeks the percentage of adjustments requiring raises to the most recent published values has been at levels we have only seen after the calendar has turned to the first quarter of a fresh year. The initial push of strength we believe was a result of additional vehicles needed to replace many of those damaged during Hurricane Sandy. The most recent strength has to be the overall pent-up demand bringing forward an early spring market. Consumers have put off buying their next new or used car as long as they can or at least want to.
Their current car is old and consumers want to move forward now that the election issues are behind us with only the fiscal cliff still hanging over our heads.
Over the past six weeks the increases amounted from a low of 31% of the adjustments, to a solid 50% this past week, for a 39% average during this period. Let’s take a look how these positive adjustments have affected the various vehicle segments.
Last week the strength of the Full-size Vans was the primary driver leading to an overall +$5 average truck segment change. The Full-size Vans again showed a strong increase of +$74 for the passenger versions and +$56 for the cargo haulers. Even with 3 additional segments at positive levels, the Full-size Pickups for the second consecutive week at +$5 and the Compact Pickups and Compact Crossovers at +$3 each, this past week the overall truck segment average change finished at a fairly stable -$5.

The car segments, this week at -$37, represented the smallest average decline over the past 5 weeks and the second smallest decline since the week ending June 15, 2012.
Even with the national average gas prices at the pump at $3.26, only $.01 above the low point of the last year, the 3 smallest in physical size and the overall most fuel efficient models are the most stable values within the car segments. The Entry Level Cars changed by -$1 for the week. Almost as stable were the Compact Cars at -$5 and the Entry Mid-size Cars at -$6. The better equipped entry type cars are helping make these segments more enticing as consumers are not having to give up all the creature comforts with today’s smaller vehicles.

Looking ahead, if history is an indicator, the market should continue to show stability and maybe even a little strength. The past 4 weeks during December with positive changes averaging 40%, almost one year ago during January 2012, the 4 week positive changes averaged 48%. The overall average dollar change during last January was -$34 for the cars and -$14 for the trucks, much better than the most recent 4 week average change of December with -$48 car change level and an almost identical -$15 truck change which was pushed along recently by the full-size van strength.