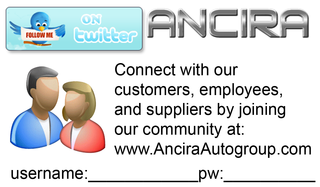 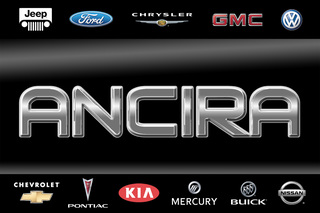 Should Dealers Blend Their Online eCommerce Sites and Assets with Social Media Marketing?

Is Automating a Dealer's Inventory Data Feed into a Twitter account to produce a non-stop stream of vehicle inventory "Tweets" a Best Practice or a Social media Marketing Startegy Blunder?

When I presented at Dealer Synergy Sessions in Atlanta a few weeks ago on the topic of utilizing the best "Free and Low Cost" web based tools for dealership business purposes, I just about got rocks thrown at me by J. D. Rucker. I felt like a Moslem woman who dared to show her face in public while in central Ryadh and getting "stoned" as punishment. (actually, J.D. is a savvy digital marketing professional who enlightened me in several ways) My transgression was showing ways to automate a variety of dealer data feeds through various social media syndication services... J. D. Rucker's concern was based on Dealers potentially doing this the wrong way and as a result hurting their marketing efforts, rather than helping. He was right, of course, because any powerful tool can be used to either destroy or build, depending on how it is used. Chain saws are often used by emergency services crews to clear fallen tress from roadways, or to clear a tree that is about to fall into a crush a house... But, in the hands of those guys in the Texas Chain Saw Massacre movies, those same chain saws take on a whole new and negative purpose! Likewise, the use of automation, widgets, data feeds and content syndication in a dealer's social media marketing strategy can be either a powerful source of successful customer engagement, or a social marketing disaster when done improperly.

Having had a few weeks to look at all my implementations, and the #DSES and #JDPAIRT sessions as well, I have come to realize that the the abhorrence so many people have to automated vehicle inventory feeds into Twitter and the like, is caused the same factors which make my ADP Digital Marketing Team's strategy towards Automotive Social Marketing and Reputation Management so successful and well received by dealers:

1. Separation of Church and State
2. The Car Business is a People Business

Let me explain... #1 refers to my ADP team's strategy, which is the opposite of Dealer.com's in that we believe the most successful dealer social marketing strategy is one which emphasizes two online types of engagement between dealers, dealership employees, suppliers and customers:

B. State = Business Focused Transactional Engagement interactions between dealers, employees, suppliers and customers while using eCommerce focused web applications served up by the dealer's traditional website(s), including Request For Quote (RFQ), Service Appointment Scheduling (ServiceOnline), New and Used Vehicle Inventory, Trade-In Evaluation "widgets" like KBB LeadDriver and Black Book Online, real-time credit application processes such as DealerCentric and ADP FinanceOnline, along with other web apps focused on making it easier for dealers to do business, customers to buy what they want and even dealers ordering/buying from suppliers.

Our strategy, which seems to have a lot of 3rd party, outside the auto industry validation supporting it, is for the dealer to have two primary focal points for implementing this "Separation of Church and State" plan... The dealer's traditional eCommerce site(s) for making it easy for customers to buy vehicles, parts and service. And, the dealership sponsored Automotive Community site (like www.AnciraCommunity.com) which is where dealers, employees and customers engage in relationship based interactions and connects dealers, employees, customers and suppliers together through syndication of content and integration with popular social networks and UGC sites.

So... For example, when an ADM members submits a status update on their ADM Community profile, it is also sent out automatically over Twitter through http://Twitter.com/ADMcommunity. Likewise, when a member of www.AnciraCommunity.com updates their status in the community, it goes out as a tweet from http://Twitter.com/AnciraAutoGroup. And, everyone seems to like it that way...

HOWEVER, when dealers send out hundreds of tweets a day which are simply 140 character text descriptions of their inventory, they are violating the separations of "Church and State"... They are using a Social Media Application to attempt eCommerce Transactional Business Development... And, most people outside the car business, and a few inside, are NOT OK with that, find it obnoxious and respond by no longer following that Twitter profile.

Want to see an actual example of this? Compare the blog article in the Ancira Auto Group's Community that describes the dealership's staff adopting a stray dog that returns their kindness by chasing away the raccoons that had previously caused thousands of dollars in dealership property and inventory damage every month during their night time raids on the dealership: www.AnciraAutoGroup.com/profiles/blogs/canine-rescue-becomes-nissan The dozen comments that followed the blog post are a great example of social media engagement... Does it sell cars? Check out the following post in the same Ancira Auto Group Community site: April and the Red-Shirted Man Make It Right…Another Satisfied Custo... I submit that this is a great example of social media marketing done right by a car dealer.

Lastly, now that I got all choked up from my memories of Jim Kinsella... Let God and the world know that today I tip my hat in respect towards the spirit of Mr. James Kinsella of San Diego, CA who retired from Kearney Mesa VW and Peugeot in 1983... Jim is the experienced, skilled and wise car guy who took me under his wings in 1981 and taught me something about selling cars 28 years ago that is the foundation for a powerful automotive social marketing strategy that sells more cars today using the latest techno wizardry that is changing the world we live and work in today... Social Media. Jim repeatedly said to me; "If you shut up and listen to the customers, they will tell you exactly how to sell them a car... Then, disregard whatever management tells you and just do whatever it takes to sell those customers their car exactly the way they want to buy it..." (paraphrased). If Jim were here today, I believe he would smile and say to me "Well kid, you finally learned how to use all that computer crap to build better relationships with more customers..." Hey Jim... If you're up there and somehow get to read this blog post, that stuffed bunny rabbit you gave Rachel on the day she was born became one of her favorites and she slept with it every night for at least ten years... Thank you.

Comment by Ralph Paglia on October 25, 2009 at 7:51am
@Steven - Wow... Must be the sleep deprivation, I was reading your words and hearing Obi-Wan Kenobi's voice. Always nice to know that there are plenty of people who see the dramatic changes happening in our social and commercial cultures at this time. The biggest challenge i see is social media and real-time live "buzz monitoring" and what it does to the chronic ADHD car guys when the whole community out there transforms into a target-rich environment and sales opportunities springing out of the ground (PC) as if all of a sudden we could read everyone's mind!

When I look at all the sales the dealers I am working with are making "by accident" when they simply listen, extend some kind or encouraging words and let people know that others, just like them, are actually selling cars somewhere... Well... I call it "Accidental Car Sales". I bought the domain and a few variations last night!

Influencer Comment by Steven Moore on October 25, 2009 at 7:28am
Ralph,
Your tribute to your mentor is very touching... Your work here is to be commended highly. You have started and build a hellva of community here.I have enjoyed my brief visits here.

My viewpoint is that the social business ecosystem will at a future point in time invade and change every element of the existing business ecosystem of today. I like your Church and State analogy that works great.
I think that I would look at stages of integration. I view the long term vision as technology becoming a non-issue as the digital natives take over it is just the way they do things and will not even think about their gadgets. So with that in place it will be all about being human and social.

Tactically I would have a baseline of monitoring and use a good tool me it is Radian6 and make sure that you are not opening a can of worms with major issues. If there is I would build out the social side to continue to learn and engage- then change BP's in the areas of Customer Service and see trend improvement.

If no major issues that could be magnified by SM then start with widgets on sites, and e-mail campaigns to introduce and announce the opening of our "church".

In the future as more and more people understand how to get info coming to them the way they want and can manage it even more changes will happen. Full-blown open sites with streaming of all info of whatever is happening will become a reality. Also I believe that it will not be about your site at all. Business will be done in the venues of your communities, the future will see cars being sold in communities of types that we understand now and going all the way to Virtual World ones.Communties will start to build to the point of working with suppliers to provide the needs of that group. Companies will use the expertise in those communities to crowd source things of need. Ok getting to far out there for most...

Simple if problems -1. go slow / listen and correct when trending right go to next step.
2. If no problem- invite to church.
3. Future all your community will self select and co-op community and church.
4. Business and Church blend to just being...

I still believe in all industries, the enlighten get the change but not everyone gets that communities' future power and what that in itself will empower for future change. I know that being part of reading and monitoring what is happening here is of great value to me - and the ADM is a community.