We hear it a lot – “Wouldn’t it be better to use a QR code rather than a text message call-to-action?
QR codes are so cool!”
It’s easy to get sucked into the “whiz-bang” factor of QR codes, but before you start printing them everywhere, let’s put SMS and QR codes head-to-head for 5 rounds.  Ding ding ding!
Audience size
SMS marketing targets the largest audience of mobile phones users – those who know how to send a text message.  Nearly every phone in the Canada is text message capable, and more than 72% of adults use SMS.  When a mobile marketing campaign uses SMS as the call-to-action it’s making that campaign available to the largest audience possible.
According to early research, less than 10% of smartphone users understand or have used a QR code.  Because only 35% of mobile phone users have smartphones, in a group of 100 people less than 3 people will know how to scan. This compares to 80-90 who will know how to text.  Obviously, starting with an audience that small will make it difficult to generate great numbers from a campaign.
SMS: 1 | QR: 0
Mobile Marketing Database
Usually the goal of an SMS marketing campaign is to not only to create an interaction when the user has only their phone, but also to build an opt-in database for future messages.  Being able to instantly reach your audience through a text message on their phone is extremely valuable.
With QR codes you’re creating a scan-able shortcut to some piece of content —  website, video, download, etc.   You will be unable to store any information and further communicate with that user.  If you have any desire to communicate with this audience in the future this is a huge downside of QR codes.
SMS: 2 | QR: 0

Text messaging is something nearly everyone understands now.  You click the app or menu item on your phone, enter the address and message, and click send.  The campaign response comes back in seconds giving you a web link, promotion code, or confirmation message (any content that can be delivered through a QR code).
If you’ve never tried to scan a QR code it’s worth doing just so you can understand what’s involved.  First let’s assume you haven’t done this before.  You’ll need to go to your smartphone’s app store, search for a QR code reader app, download, and install.  Then you’ll need to launch the app and try to fit the QR code into the designated space on your phone’s screen using your camera.  If you get too close to the code the camera will lose focus and you’ll need to move back.  Hold still now because it needs a good 2 seconds to finish the scan.  After scanning the app will ask you if you want to complete the action embedded in the code.  For example – “Do you want to follow this link in your browser?”  You click “Yes” and you’re finally on your way to the content…if you’ve stuck with it this long.
SMS: 3 | QR: 0
Viral Potential
With a great SMS campaign, there’s always the very good likelihood people will pass around the keyword and shortcode telling their friends to “text SOMETHING to 73363.” This can be done via SMS, Facebook, email, and even the good old fashioned phone, dramatically increasing the results and reaching new audiences.
A QR code can not be easily passed to another person.  Sure, you may be able to take a picture of it and email it to someone so they can scan from their computer’s screen (assuming the picture is clear enough), but who’s going to go through all that trouble?  It just doesn’t happen.
SMS: 4 | QR: 0
“Whiz-Bang” Factor
Text messaging has been popular for years now.  It’s become the “email” of our phones.  Everyone sends it and everyone gets it.
QR codes are new, interesting, geeky, and high-tech.  The first time you see one work it seems like magic.  It’s easy to forget the factors above and let that emotion drive you to launching your next campaign with QR codes.  “Anything this cool will really take-off!”  If your audience is super-geeky (maybe you’re selling USB-powered Stars Wars figurines at a computer fair?) the high-tech nature of QR codes could work to your advantage.  However, an overwhelming majority of businesses and organizations will always get better results from SMS marketing.  Also, like we mentioned above, QR codes can always be setup to quickly create a text message when scanned, giving you the best of both worlds when the “whiz-bang” factor is useful.
SMS: 4 | QR: 1
After 5 rounds the judges’ decision is unanimous.  SMS is crowned champion of the mobile marketing call-to-action.

What do you think?

Keep in mind there are a few situations where QR codes simply won’t work. Radio is an obvious one, but also television.  It’s impractical to try and leave a QR code up on screen long enough for someone to get out there phone and try to scan it.  Another instance where QR codes won’t work is a sign in high-traffic areas.  Advertising is commonly placed where the most people are driving by, but that is usually the worst place to stop and scan something with your phone.

However, all of these scenarios have been used in the past to successfully promote SMS marketing campaigns. 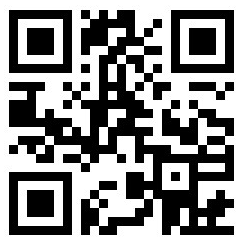