Service Dilemmas: What Would You Do? 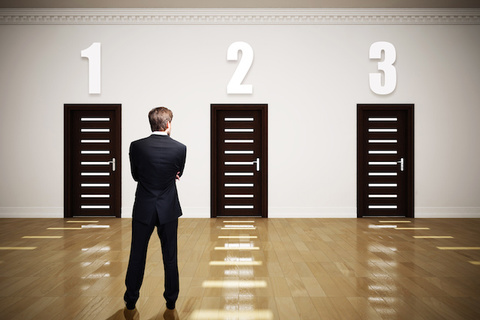 Every dealership has seen this customer—the one who demands to be reimbursed for damage they claim happened while the car was in the dealership’s care, or because of faulty service work. You might find it challenging to deal with these customers, especially when you don’t believe your team is at fault. So what is the best way to handle them?

To help answer this question, I have compiled a couple of scenarios. I happen to know how these cases were handled, and I will share the results in my next blog. But first I want your feedback on what these dealerships should’ve done. These are both 100% real events involving simple oil changes that happened just this past Memorial Day weekend. So, my question is: What would you do?

A customer brought their vehicle into the dealership the Friday before Memorial Day weekend for a routine oil change. As part of the check-in process, the service advisor rolled down the window to prevent the keys from getting locked in the vehicle. The customer waited for their vehicle while the dealership changed the car’s oil.

Once the car was completed, the service advisor returned the keys to the customer. The customer got into their vehicle and discovered the window would not roll up. The technician took a look at it and discovered that a piece needed to hold up the window had broken (not the window itself). The dealership did not have the part in stock and could not get one. Therefore the technician installed plastic over the empty window frame, so that the customer could drive it.

The customer was irate and blamed the technician for breaking the window. Like many other people, the customer was heading out of town for a road trip over Memorial Day weekend and, due to the window, felt he could not do that. He posted his dissatisfaction on the dealership’s Facebook page and used other social media platforms to vent his frustration.

A separate customer received an oil change before heading out on a long trip from Florida to Illinois, by way of Kentucky. After the service, the customer proceeded on their trip.

About three hours short of their first stop in Louisville, they heard a loud pop and smoke started to come out the back of their vehicle. The customer immediately pulled over and, upon inspection, noticed oil pouring out from under the car. As the car only had 13,000 miles on it, and was under manufacturer warranty, the customer called roadside assistance and had it towed to the nearest dealership.

Unfortunately, by the time the customer arrived, the dealership was 15 minutes from closing and all the bays were full. The dealership could not service the car until the following Monday, because they were closed over the weekend. Due to the holiday and a large local music event, the customer was forced to pay inflated hotel rates, rent a car, and incur living expenses while waiting out the weekend.

Come Monday, the dealership discovered the drain plug on the vehicle was missing. Fortunately, there was no engine damage whatsoever. The customer proceeded to call the original service center, explain the situation, and claim that the center should reimburse them for their incurred costs, due to the drain plug being reinstalled incorrectly. The total customer requested $724 total, which included the expenses at the dealership they took the vehicle to, the car rental, and the nights they had to spend at the hotel.

Share your thoughts and opinions on the above two scenarios. While ultimately neither customer incurred any major damage to their vehicles, they were inconvenienced on a holiday weekend.

So, my industry friends, what would you do?