Just recently, the 2015 Ford F150 Appearance Guide was released which announced all the different 2015 Ford F150 Colors, Trim Models, Packages, Wheel Selection and More. if you are shopping for a 2015 Ford F150 in New Jersey or anywhere else, this the ultimate 2015 F150 Guide! 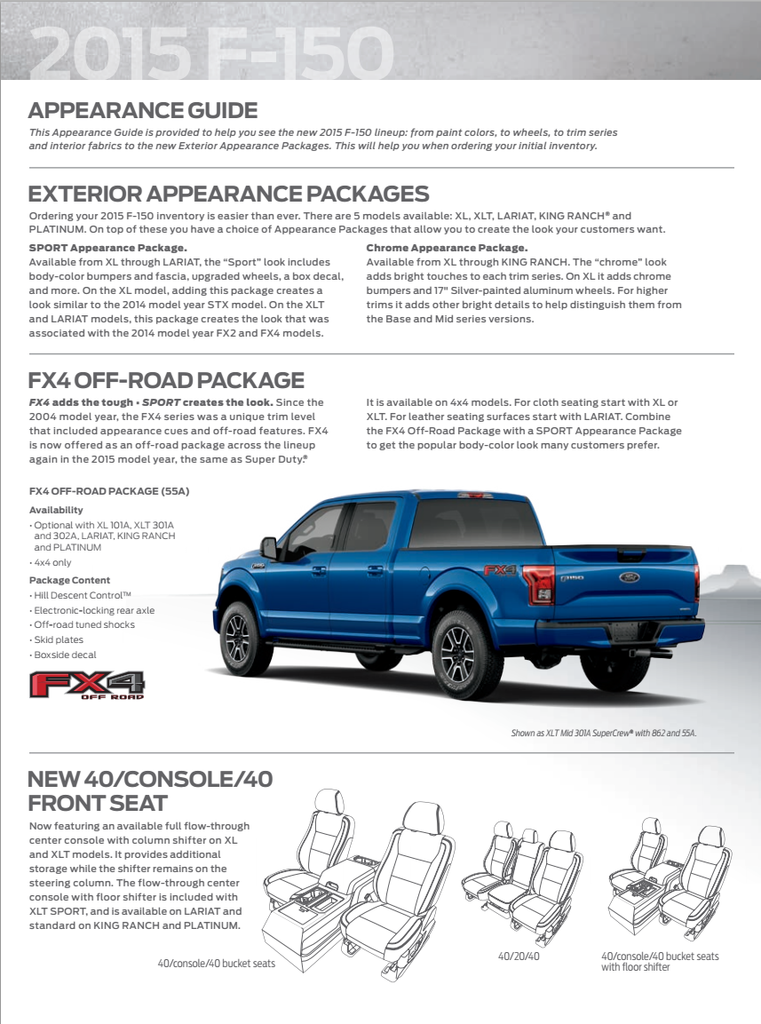 NEW 40/CONSOLE/40  FRONT SEAT
Now featuring an available full flow-through center console with column shifter on XL and XLT models. It provides additional storage while the shifter remains on the steering column. The flow-through center console with floor shifter is included with XLT SPORT, and is available on LARIAT and standard on KING RANCH and PLATINUM.

Read our blog for more information on the 2015 Ford F150 Appearance Guide. 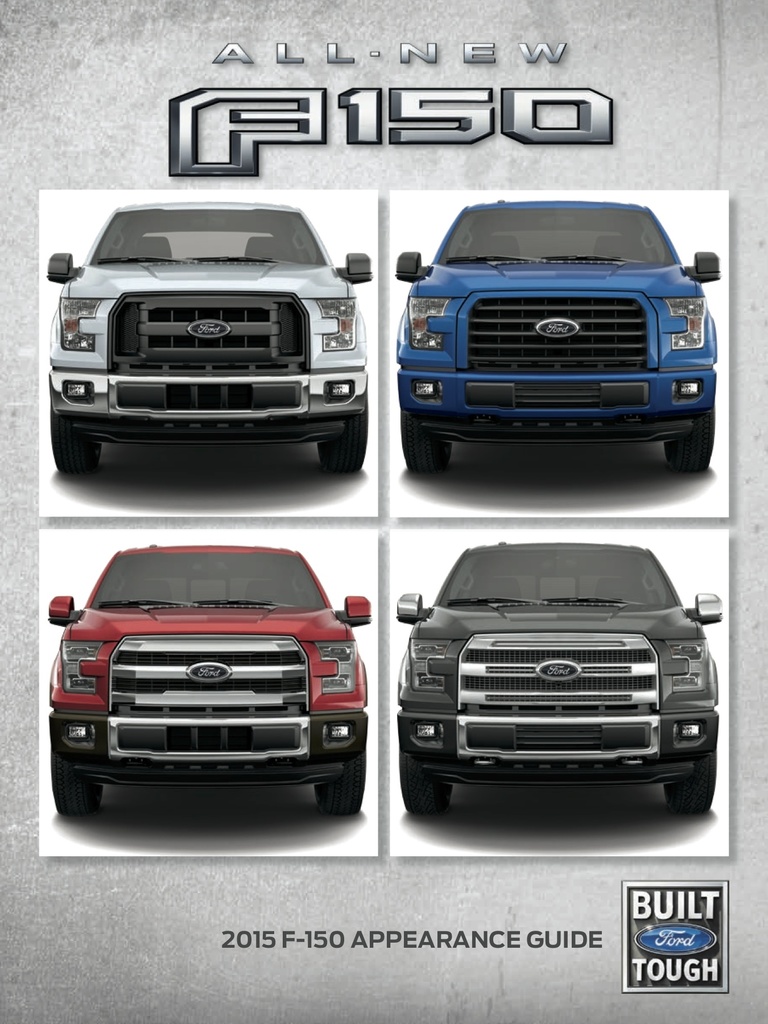