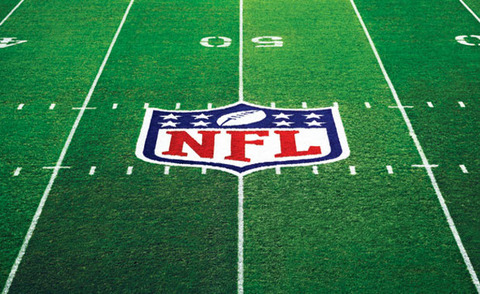 While I love to be active myself, I certainly could not call myself a big fan of watching and keeping up with sports. It seems, however, that you cannot turn on a television, read a newspaper or use any social media recently without hearing about continuous misdeeds and wrongdoings of NFL players. I’m sure that you’ve seen them as well. So this is not designed to rehash, recap or discuss any of these controversies. Much of the attention and negative PR has been directed towards those players involved, as well as the NFL itself, as can be expected. Due to the ongoing controversy, sponsors have distanced themselves and some have even disassociated themselves with the league. One sponsor, however, seems to be taking a slightly different approach to the controversy… Verizon.

Let’s face it. Regardless of any controversy, football is not only uber-popular in America, but also big business. It brings massive exposure to its partners and sponsors. Just as in the real world, however, in times of crisis, there is always the risk of “guilt by association” that comes with staying the course when partners are involved. Verizon has not only chosen to stay the course, but has gone a step further by proactively taking steps to preserve its image.

In a recent article on Forbes.com, a blogger recounted his experience with Verizon after writing a blog critical of the NFL. According to the author, a couple of days after publishing his blog, he received an unexpected email from Verizon. The email detailed Verizon’s firm stance against domestic violence and referenced their CEO’s statement that “the real issue at hand is not the image of Verizon or the NFL, but ‘the scourge of domestic violence itself.’” It went on to detail how Verizon had launched a public awareness campaign designed to help put a stop to this through a newly created social media platform called Voices Have Power. They have also pledged to “donate $3 to domestic violence prevention organizations” for “every message sent through the service.” It went on to ask the author, whose obvious stance was against domestic violence, to spread the word about the campaign.

In business, companies always have to carefully guard their image, along with the image of any companies they choose to support or are closely associated with. There have been many times in the past when corporate sponsors and partners of organizations in crisis become collateral damage by failing to pull their partnerships. While some organizations choose the safe course of disassociation rather than risk consumer backlash, others choose different paths. Typically, companies who stay the course will issue statements of regret and some type of response to the event detailing their stance, but then remain quiet on the matter, allowing the outcome to reveal itself over time. Verizon, on the other hand, has chosen to monitor and reach out to the most vocal critics and educate them on a massive public awareness campaign. This essentially preserves their partnership while, at the same time, shows support aligned with public sentiment.

Whether this is a good strategy remains to be seen. There is an argument to be made that Verizon’s failure to pull its sponsorship implies support regardless of the campaign. Some may even accuse Verizon of piggybacking on the events for exposure. Regardless of the motives, from a public relations perspective, Verizon has chosen to take action to preserve its own image through a parallel and rather clever PR campaign. The company is seeing as taking positive action, rather than remaining a passive observer.

How this plays out remains to be seen. What I can tell you is that public relations is vital to companies in crisis, especially when the crisis involves a close partner. Make no mistake that consumers will project accountability upon any companies associated - whether directly or indirectly. Especially in this instance, domestic violence is an issue that affects so many and is naturally very emotionally charged. Verizon’s PR efforts seem to have sated the author of this particular blog. He was so impressed that he wrote the article recounting this experience and told his audience that it was a message that needed to be passed on. That’s a win for Verizon. Will this work every time and with every outspoken fan? Probably not. The bottom line is that you don’t have to win all of the time, just enough of the time to make a difference.