Pay to Play: Keeping Your Dealership Ahead of the Social Media Curve 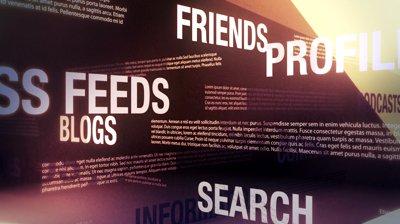 If you are like me you spend a sizable portion of your day starring at analytics data. Admit it, you do. You want to know where you are effective. I can’t blame you. Recently I noticed a trend where the reach on my site’s social media has taken a decrease. Yes we post during peak hours for our time zone and target demographic. Yes we create well thought out posts that will educate as well as entertain and grab people’s attention. That’s not it. So I immediately reached out to several other marketing professionals that are employed by car dealer around the country and that I have networked with. They reported the same thing. One SEO told me quite frankly, “We used to be able to reach 50% or better of our social media audience, but now we hover around about 20%.” Do you want to know why? Log into your car dealership’s Facebook page and look at the Admin panel. Along the right hand side is a button that says “Boost Post” and giving you a number of payment options. There’s your answer.

Unpaid reach for businesses such as car dealers is dropping because Facebook, Google, and Twitter expect businesses to pay. To paraphrase another dealer on another forum, “The free trial is over.” While the necessity for paid reach has been forecast as one of the social media trends of the New Year as with so many things on the internet once it is news it is old news. If you are relying on unpaid organic word of mouth to increase your dealership’s reach on social media you have already been left in the dust. And this is not entirely a bad thing either. While some small car dealers may be left behind in this brave new world and that it sad, gone too will be the days where dealerships “market” themselves using funny cat pictures and memes. Post and tweet quantity will decrease and quality will increase. Social media will begin to be more highly regarded as a true form of marketing one’s brand to the public. As with every other new development in inbound marketing for the automotive industry there will be labor pains but in the end greater reward.

It really should come as no surprise to anyone. We should expect free options to market our vehicle inventories and our dealerships to all but diminish into nothingness.  And who could blame social media sites for this? The largest social media sites are all publicly traded companies, and their investors want to see a return on their investment. Facebook publicly stated in December that “best way to get your stuff seen if you’re a business is to pay for it” and while Twitter quickly rebutted that statement with a press release stating that they would never filter reach in order to make money they have also been consistently rolling out new incentives for their own paid advertisement program. Google, which as we all know has been integrating Google+ into everything except cherry pie, recently Beta tested allowing paid car ads into their Knowledge Graph.

To say that the writing is on the wall is an understatement. If you and your car dealership are not investing monetarily into your social media marketing strategy today, then yesterday was the day that you should have started doing so.

Now there is no need to worry about things like mandatory paid Pinterest accounts for businesses. It’s unforeseeable that paid accounts of any kind would ever occur. A move such as that would kill the business that social media is trying to generate here. But in order to maintain relevance in today’s social media marketing atmosphere car dealers, just like any other business, are going to have to pay and work hard. Words like “relevance” are thrown around so often in online marketing that they have lost much of their intended meaning. So let’s get back to literary basics. Relevance is obviously a derivative of the word relevant which literally means “having significant and demonstrable bearing on the matter at hand.” That is fancy Merriam-Webster dictionary lingo for “something that matters.” So if we want our marketing efforts to matter, we will pay for them. As I have said the results will be positive.

While paying for ad space is a debatable tactic (Who clicks on paid ads anyway?) paying for your conventional posts to reach a wider audience is a sound one. While the example of Craigslist is not perfect, the patterns are similar. Craigslist started requiring car dealers to pay for ads in December, and instantly the spammers and flooders disappeared while ads from legitimate dealers became even better and the returns on each ad even greater. We should expect the same from Facebook and Twitter as well.

Nice post BTW and thanks. Your point lies in rung two.

Great infographic Alexander Lau, and don't worry Manny Luna I removed his comment. He can go pedal his spam elsewhere.