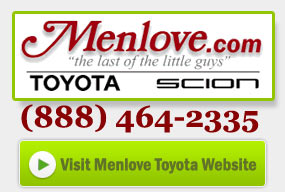 Paradigm Shift
Or
Changes in Latitudes/Attitudes

The World is flat, the Sun revolves around the Earth and a Toyota Franchise in mid-February is not the smart move if changing employers. These statements have one thing in common; all were accepted as fact by a certain number of the populace, some of those within my own sphere of peers and family, at some point in history.
As I weighed the decision to make a career change and go back to the Store I began this crazed obsession I have for the car industry in over a decade ago, there were many who believed me to be as blind and short-sighted as the scholars of old that held on to what now appear to be ludicrous beliefs. What impelled me then and motivates me daily is the potential and opportunity that abound in this wonderful profession and is either ignored or believed unattainable by the status quo.

Menlove Toyota Scion in Bountiful, Utah is located at the base of the Wasatch Mountains and just North of Salt Lake city. A family owned business for over 50 years; they have built a reputation as “the last of the little guys” in a market overrun by corporate entities such as the Ken Garff and Larry Miller groups. Yet without a lot of overhead to pay for non-revenue producing corporate offices, they are able to sell for less and maintain a personal relationship with many of their customers.

When I last walked the lot there as a salesperson, they had a monthly sales volume of roughly 500-600 units per month. Yet when I walked in on February 15, January had only yielded approximately 90 units. What had changed? Why the decline? They had just recently completed a state-of-the-art facility and had a customer base of well over 50,000 people. As I walked into my “new” Store, I greeted many familiar faces and in a private aside, inquired as to their thoughts on the issue. “The banks aren’t buying. The recall has hurt us. The economy is down.” Many had explanations that were accepted as fact and reflected what the mainstream media and many others both in and out of the car business were saying.

The first thing to do, as is the case with any triage situation, was to stop the bleeding. With 3 G.M.’s inside a 2 year period, the Store was struggling with an identity crisis. Many Vendors and solutions had been attempted and there was duplication of Services and non-utilized Partnerships across every Department. I began the arduous task of analyzing the processes and vendors of every Dept. and finding the opportunities that existed yet were being overlooked.

After analyzing the R.O.I. and effectiveness of all vendors, I began to cancel services that were either ineffective, duplicated or, as was sadly most often the case, underutilized or misunderstood by the staff. I found most of the Companies to be understanding and willing to do what was best for our store though not necessarily their bottom line. They understood the constraints of the situation and held, like me, to the hope that there may be a partnership opportunity in the future.

Standardized processes were implemented across every Department i.e. Ten Steps to the Sale, F&I Menu Selling and Vehicle Inspection Sheets completed and stapled to every repair order. Nothing that would “shake the world” as new or innovative but rather a standard by which all could refer to and be measured against. Sadly, some fine people were unable to adapt to or meet this new found standard and we parted company. It saddened me but I have learned that in order to succeed everyone needs to embrace and support the same standard and that the value of an employee cannot be measured in simply the number of years they have been cashing paychecks (thanks Dave Anderson). All staff is trained regularly and the results of their work constantly inspected. Best of all, the core of this inspection and accountability comes from their peers and middle management who have “bought in”. 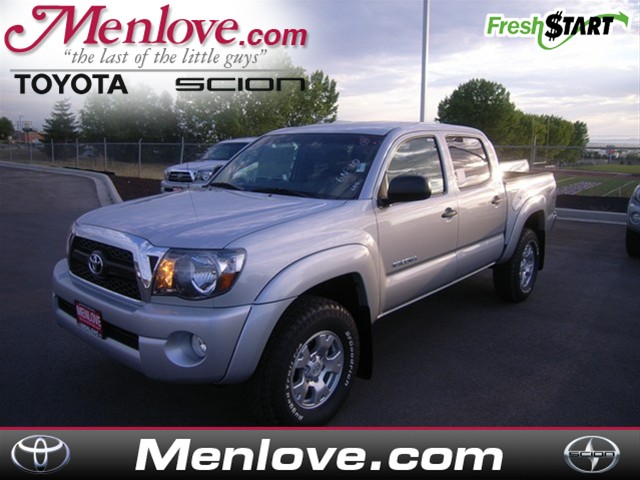 The end result is, the Store has been up 150% Y: Y every month since March and C.S.I., C.I.T. and every other key success indicator continue to climb as well.

Service sells and communication is king in every industry. If I could suggest one thing, put pride aside and take another look at everything you “know” or hire someone to do it for you. You may find a world of opportunity right in front of you. Good luck!!

I continue to be just “an average car guy” and know that every day I can learn new things and am invigorated by the prospect of such. Most of all I have a deep commitment to and love of others success. After all it ensures my own. Bryan Armstrong is currently e-Commerce Director of Menlove Toyota Scion. An Industry veteran who has successfully ran multiple Dealerships, he was named “Most Innovative Dealer Group e-Commerce Director” at Digital Dealer 2009 and serves on VinSolutions National Dealer Advisory Board. He counts his awesome family as his greatest success.

Comment by Bryan Armstrong on October 10, 2010 at 10:13am
"Service sells and communication is king in every industry. If I could suggest one thing, put pride aside and take another look at everything you “know” or hire someone to do it for you. You may find a world of opportunity right in front of you."
@Jim-As you are one of the guys who do the above every day for countless Dealers, I must say I feel the same.
@Joe-Ditto
@Ralph-Thanks for getting me started!!

Comment by Bryan Armstrong on October 10, 2010 at 7:06am
@Ralph- Thanks, this is such an awesome forum and (so long as your not in my Market) I am always willing to lend a helping hand! :)
@Joe- It's a constant learning curve, thank goodness for friend's like you that help me stay competitive!

Comment by Joe Webb on October 10, 2010 at 6:57am
Sorry, Brian, but the LAST thing you are is an "average car guy". Nice try. Posts like this and the reach-around you brought to Menlove - wait, I'm sorry, I meant turn-around you brought to Menlove Toyota shows that you are one of a very few with a strong grasp on the rights and wrongs of this industry.

Comment by Ralph Paglia on October 9, 2010 at 11:55pm
Great article, Bryan! As one of your fans, it is wonderful to see you reengage with the ADM Community, and we sure hope to read more about your thoughts, insights and activities.

Comment by Mike Warwick on October 9, 2010 at 9:25pm
Welcome back Bryan...we've missed you! Please keep us updated on the progress of your store.

Comment by VJ on October 9, 2010 at 7:42pm
Bryan, I salute you. This was a great insight what is actually happening in a lot of stores right now, and thank God for you standing up and take on this challenge. With ambition, integrity and will - you can move mountains.

A job well done, my friend, and congrats to you. This was a great read!!!