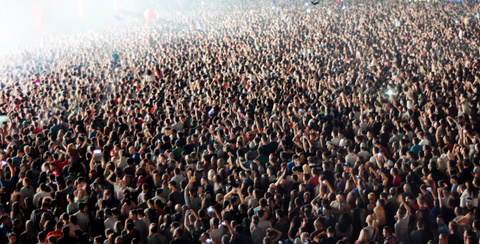 Perhaps it’s because they don’t see direct results? They may be looking for a straight line between expense and sales. However, for the most part, that metric is difficult to attain without a very knowledgeable person on staff, or an experienced vendor.

So, is social media all about sales?

In selecting the most effective advertising, marketers will study the demographics, viewership or potential reach. It doesn’t matter if it’s print, radio, television, Internet, or any other form of advertising - the more people reached, the more expensive the medium typically is. Want to run your commercial during an episode of “The Walking Dead?” Be prepared to pay a pretty penny. Throw it up at 2am during a re-run of “Friends” and it’ll cost much less.

What does this have to do with social media marketing - Facebook, in particular?

On Wednesday, August 27, Facebook CEO Mark Zuckerberg announced that “On Monday, 1 in 7 people on Earth used Facebook to connect with their family and friends.”  This means that over a BILLION people logged into Facebook on a single day. With a little over 1.5 billion active accounts, on that one day, two-thirds of Facebook users decided Facebook was important enough to check out what was going on in the world. That’s three times the population of the entire United States!

As Facebook continues to absorb more and more new technologies, an increasing number of daily and active users log in. And, while it is well-known that YouTube is the number two search engine in the world, Facebook’s big push for video is a direct threat to that ranking.

Google has just about abandoned its social networking ambitions with Google+, meanwhile Facebook is making itself more useful to users by courting publishers, celebrities, music stars and just about every type of content and service that consumers need or want. This will only increase the usage of each person. It used to be that people logged into Facebook simply to see what their friends were up to. Now they’re doing that and MUCH more, such as searching for news articles, pop culture and other topics of interest.

There’s little doubt that Facebook is becoming more and more attractive for its users in general. This will only translate into more active use. Because of this, it would be wise to consider that there is probably no advertising medium with a greater reach potential at a price point that can compete with Facebook. Over the years, Facebook has tracked usage and collected an incredible about of information about its members. This data enables advertisers to target an audience with pinpoint precision and deliver a message to customers that has more impact. Paid advertising on Facebook is just one way to benefit from this social media platform. Through engagement with customers in an organic and personal way, you can also better showcase your dealership’s unique personality and interact with the people that matter the most – your customers.

If you’ve been struggling to decide whether Facebook is something you want to include in your marketing mix, there are now a billion reasons to reconsider.