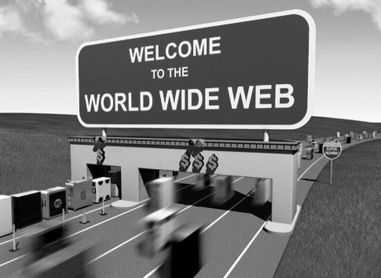 Posted by Jay Friedman on October 18, 2009 at 01:08 PM PDT
Yeah, the whole economy tanked in the last year. Banking and housing led the way but autos may have been the hardest hit vertical other than the American individual itself.For context:

- Auto sales were the lowest in sheer volume in 27 years
- Auto sales were the lowest in cars sold per capita in 52 years. Think about that, cars sold per capita were no better in the last 12 months than in 1957
- Toyota had never lost money in a fiscal year since entering the U.S. over 50 years ago, yet lost billions in the last 12 months
- And, of course, two major domestic auto manufacturers had to go through a government-catalyzed bankruptcy to rebuild their companies to survive

The JD Power Automotive Internet Roundtable overtook the Red Rock Resort in Las Vegas last week and showed us how both the consumer and industry have changed. To start, here are just a few of the industry highlights:


- U.S. consumers bought wayyyy too many vehicles in the late 90s and early 00s - over 14MM annually (pure retail, not fleet). We won't hit 9MM retail sales in 2009
- Cash For Clunkers brought the average days' supply of vehicles on a dealer lot from 94 to 58 - a true saving grace for the industry
- Hyundai and Subaru have shined in the last 18 months, impressively gobbling up market share

- 76% of car buyers go online to research their purchase and the big year over year leaps appear to be over (75% in 08.)
- 19% of online auto shoppers START shopping on a dealer web site, basically making the "funnel" notion irrelevant for that 1/5 of the online car shopping population
- Still only 22% of online car shoppers submit a lead, making it the most falsely chased metric in all of online
- By volume, more online car shoppers are found on Facebook than any other web site
- All third party sites are definitely not created equal. Some shine in viewing photos, some for trade-in info, and some with used vehicles. Don't buy them all just because they have lots of uniques
- Finding and creating consideration with a buyer early on in the process is still the most effective way to close a sale, not chasing after a buyer in the last few weeks of their decision cycle when they've likely already decided what model they'll buy


- Ford now spends a full 25% of its marketing budget on a digital - a very appropriate percentage according to media consumption habits
- A significant number of dealers at least have a Twitter account and are dedicated to understanding how to foster open community conversation around their brand
- There is less talk about how to "control the conversation" and more talk about how to be "open and honest." A very good step overall
- ALL participants at this show were already using online. In the past there have always been a few "still trying to figure out if online was right for them". Huge step forward.

Social media may be the fresh paint on the outside of the house but just because it's shiny doesn't mean it's the answer to all our problems. The biggest problems that weren't solved (and who knows if they'll ever be) were:


- Dealers want their own web sites and to own/promote their brand while manufacturers want controlled point-specific sites. This did not seem resolvable
- Exactly how to embrace open and honest conversation in social media without fearing the results
- Whether or not search really belongs at all three tiers, and if it does, how to eliminate cross-bidding
- How to avoid bidding wars between OEM/retailers and the third party auto sites for the same search terms

When sales go down more than 40%, change no longer seems like such a bad idea. The auto industry has shed itself of some outdated thinking that held it back in past years and embraced the reality of media consumption shifts, a bold move that will serve it, and our industry, very well in the coming years.