Beware of the Pitfalls That Come With Lead Scoring Systems 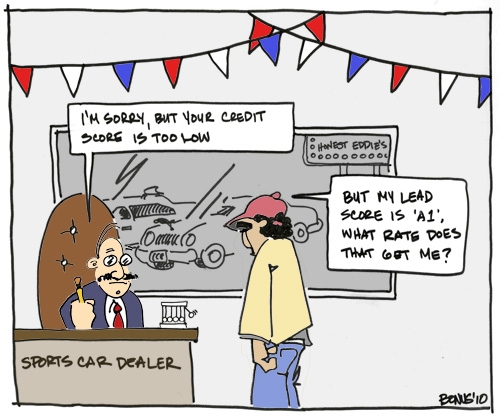 There are several automotive industry technology suppliers offering various automotive sales Internet Lead Scoring solutions for deployment and implementation in a variety of ways at Tiers 1, 2 and 3. They are:

After having had lengthy discussions with each of the above, and participating in numerous presentations, then speaking with dealers, enterprises and car companies who have implemented some form of using Lead Scoring, I am convinced more than ever that Lead SCORING is a strategy with several major flaws.

Do customers lie or omit information when completing their lead forms? Of course, but that is not the worst problem...

Are some leads distributed to more than one dealer, diluting each dealer's probability of selling that customer a vehicle, regardless of any arbitrary score a software system assigns? Of course they are...

If I send 10 leads to any dealership in America that have been automatically assessed by a software system and then assigned a rating number that indicates which lead is most likely to result in a sale...

Lead scoring is now, and will forever be prone to the self-fulfilling prophecy effect... I think I can, so I will and then do... I think I can't, so I won't and I don't.

The fact is that Lead Scoring has existed ever since 1995 when the first dealerships to receive 3rd party Internet leads went active with AutoByTel... When any ISM receives 150 leads in one month, he or she will decide by looking at the lead details which leads they will allocate their time and greatest efforts to, and which ones are probably a waste of time... Lead SCORING is nothing more than scientifically based CHERRY PICKING! Now, if you have accepted all the reductions in total sales that Cherry Picking implies, and you are going to Cherry Pick regardless of the net reduced sales that result, then putting some logic into the decision making process as to which leads will get time and attention required to sell a car is probably better than most ISM's gut instincts... But why would anyone want to?

In 1999 I watched Tom Vann, the owner of Team Hillsdale Dodge in MI use his own Lead Scoring system... Only it helped sell more cars because he did not "score" the lead as much as he "categorized" it and then assigned a specific Salesperson based on which ISM would be the best match for that lead. In other words, Tom used what others would mistakenly re-invent as a Lead Scoring system 6 years later to, instead, raise the likelihood of each lead becoming an appointment and then a sale by prescribing a certain level of customization in how each lead would be handled by assessing the lead based on the characteristics that could be determined by the limited data within each lead. By assigning specific ISM's to each lead based on assessing each lead, Tom knew which people would handle any lead assigned to them in a specific manner reflecting their individual differences. Therein lies the best and most productive use of the technology created to generate Lead SCORING...

Take out the Scoring bullshit and insert logic that predicts and prescribes what manner a lead should be handled in to maximize the probability of selling a vehicle to that customer... Lead SCORING should die... RIGHT NOW... It is a Frankenstein monster that should never have seen the light of day...

Lead SEGMENTATION that places each lead into a category that corresponds with the type of lead response and handling most likely to create a sales opportunity, either this week, next week, next month, or next year is what our industry needs... NOT a glorified Cherry Picker!!!! 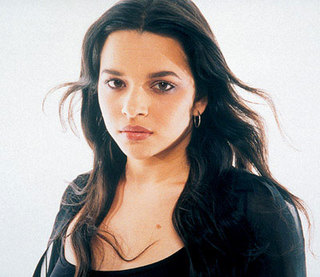 Of course, how each dealer implements their use of Lead Scoring will vary and so will either the positive or negative impact. The point I am trying to make in this article about Lead Scoring and the dangers it presents in the most common current iterations is that Lead Scoring systems need to be modified. Their programming technology must be changed so that rather than a score, a predictive case scenario model is developed that places each lead into a category or segment that correlates to predefined variations on lead management processes.

These variations in lead response attributes would include such dealership driven tasks as phone and email follow-up and how or who the lead is routed to... Some leads go to an ISS, others go to special finance, some are sent to a BDC (in-house or outsourced), others are sent to the used car department because despite coming in as a new vehicle lead the system tells us we have an 80%+ probability that this prospect will buy a used vehicle, if they buy anything. There would be at least 5 and maybe a dozen or more lead management and response attributes that are assigned to each lead by the system based on maximizing and optimizing the outcome. In other words, don't put a number on the lead, tell us what the best way to handle it REALLY is!!!

The Automotive Digital Marketing (ADM) Professional Community website is built on a perpetually growing"Viral Expansion Loop" Networking Platform and serves Car Dealers, Dealership General Managers and their management teams, including Internet Sales Managers, BDC Managers, Marketing Managers, Sales Managers, Service Managers, Service Advisors, Parts Managers, Fixed Operations Directors and their teams. Launched at the beginning of January 2008, ADM has emerged as a valuable and proven resource for the entire spectrum of automotive marketing and Internet sales related professionals. Interactive Media and eCommerce Professionals at car companies (OEM) and tier 1 and 2 advertising agencies who want to see, hear and read what the best Digital and Interactive Marketing professionals in the automotive industry have to say about relevant and timely topics visit ADM on a regular basis or subscribe to the many RSS feeds available within the ADM community.

always love reading your well-researched stuff, Ralph. lead scoring for me has always been about the same as pre-qualifying someone based on their shoes or jeans.

Comment by Ralph Paglia on January 17, 2009 at 10:56am
Matt is right... But, Matt, why do you have the Bart Simpson profile image here and your real photo on other communities?

Comment by George O'Sullivan on January 17, 2009 at 10:23am
I have been wary of the different lead scoring tools, for the same reasons you sighted above. First, I pay the same for all the leads (relatively speaking) and if I have them scored the first thing that is going to happen is that the ones rated as cold are not going to be worked as well. Second, there is always a diamond in the rough. Every month one person buys that I didn't think would be able to. Third, although I do have some of our internet staff that likes to cherry pick a little, this would swing the pendulum entirely in that direction.