Is Selling A Car More Important Than Preserving A Life?

The Future of Used Car Recalls 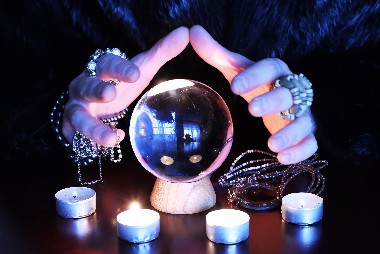 A recent Automotive News report states that one in four vehicles for sale by CarMax has a safety recall that need to be fixed. A separate report by consumer advocate group the Center for Auto Safety places it at 27 percent. Whatever the exact amount, the scandal has proven to be a black eye to the automotive giant CarMax.

According to the Automotive News article, CarMax isn't authorized to complete recall repairs and close out recalls, the company stated that repairs are, ``based on the manufacturer's relationship with its dealers and registered vehicle owners, and not with independent used auto retailers, like CarMax."

In summary, CarMax lets customers know when there are open recalls on a vehicle the consumer intends to purchase and informs the customer they are better off getting the recalls repaired on their own, rather than CarMax handling it prior to the sale.  While it may be positioned as more advantageous to the consumer, CarMax has received quite a bit of criticism from consumer groups, having side-stepped overt disclosure of recalls due to a technicality of sorts and exposed consumers to safety risks.

Some of the defects found in vehicle models sold by CarMax have been "responsible for thousands of injuries and dozens of deaths," according to the statement from the groups, which called for action from state law enforcement officials.

While CarMax is not alone in this practice, this epidemic of selling vehicles with open recalls should be curtailed, if not eliminated. Consumers are aware of recalls and are increasingly irritated when sold vehicles by independent or franchised dealerships with an open recall. They dislike the process of signing a disclosure in the finance department, subtly notifying them of any open recalls on the vehicle. Consumer perception is already a challenge in the automotive industry - and these inconspicuous disclosure documents further leads to consumer distrust.

With almost 100 million vehicles on the road today with open recalls, the last thing the industry should be supporting is adding to that number by selling used vehicles with open recalls. The recall situation is already exacerbated by the fact that, right now, new vehicles are rolling off the production line with the exact same defective airbags that are under recall.  In a couple of years, these will also require recall repairs.  In addition, let’s not forget that new factory recalls occur daily, which will need to be handled within the next 5-7 years.

Is selling a car more important than preserving a life? No amount of profit justifies that and, I believe that many dealers feel the same way. The problem isn’t human emotion, but rather commerce. Dealerships can’t stay in business if they don’t sell cars and, if they hold onto cars for months awaiting a recall repair, they will lose money.

The long- term solution lies in a coordinated effort and commitment between all parties involved: the government, OEMS and both franchised and independent dealers; to prevent these vehicles leaving the lot in the first place and to work together in unison to fix these recalls.

In the interim, it appears that independent and franchised dealerships are left to fend for themselves.  Dealerships that are interested in protecting their assets and the integrity of their dealerships in the eyes of the consumer, should pursue a comprehensive recall management initiative.  With the solutions available dealers can no longer shrug their shoulders and shirk the responsibility, at least, not without facing the similar fate and criticism that CarMax now faces.