In this Age of Extreme Political Correctness, Should Businesses Care? 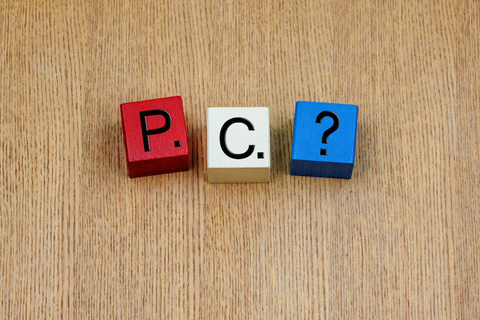 If you’re on any social media platform, there’s no doubt that you’ve seen or heard of a multitude of topics where someone somewhere was offended. Not counting obvious religious, political or other volatile topics - there are many that seem, well, baffling. Take for example, the University of Ottawa’s decision to cancel its yoga class over concerns that cultural issues could offend students. Another recent example involved Starbucks decision to remove Holiday words and symbols from its traditional red cup which quickly went viral with detractors claiming that Starbucks hated Christmas. Target got into a mess recently with a Christmas sweater they sell that has the words “Obsessive Christmas Disorder” on it. People called them insensitive to those with mental health conditions. There are far too many examples of this recent phenomenon of unintentionally causing offense infiltrating and dominating social media conversations.

It’s a given that you can’t make everyone happy. But no business wants to find itself on the wrong end of public perception. So what is a business to do? In our age of political correctness, marketing is not quite so simple a proposition. Businesses have to rethink what messages they put out to ensure they don’t step on any toes. Simple things like wishing customers “Merry Christmas” can be perceived as insensitive. That being said, from a public relations perspective, the opinion that matters most is not the world’s… it’s that of your audiences. Business owners know how their patrons think and feel. They interact with them daily. As long as content and/or messages don’t cross a line, if your business feels like wishing customers a Merry Christmas, there’s no reason for you not to. Could someone come along and criticize you for being insensitive or politically incorrect? Certainly. If they’re not your customer (or potential customer) does it really matter? Do you think yoga instructors around the world are going to become unemployed because a university decided that their physical activity might offend students? I highly doubt it. What about Target and their OCD sweatshirt? They’re continuing to sell it despite the commotion. And we all know that Starbucks didn’t change its cups back.

The bottom line is that if you operate your business from a standpoint of high ethics and professionalism, genuinely care about your customers and show them that by treating them well, chances are that if you do find yourself in a position where someone criticizes a message as being insensitive, you probably won’t have to worry about how that could affect your customer’s perception of you. Starbucks and Target know their customers and made the decision to move on with their choices. They believe that they are socially responsible and give back to their communities and the world, and that they treat their customers and employees well. So, they stuck by their guns when they received pushback.

There’s no reason for you to operate your marketing as if you are treading on thin ice out of fear that you may say or do something that will offend someone. Just be a human being. Treat people how you want to be treated and everything should be just fine.

Enjoy your Thanksgiving holiday. Eat turkey. Watch football. Take a nap. Or whatever it is that you like to do. You’ve worked hard and deserve it.