If You Name a New Model After a City, Will It Sell There?

Can You Find a Chevy Malibu in Malibu, CA? 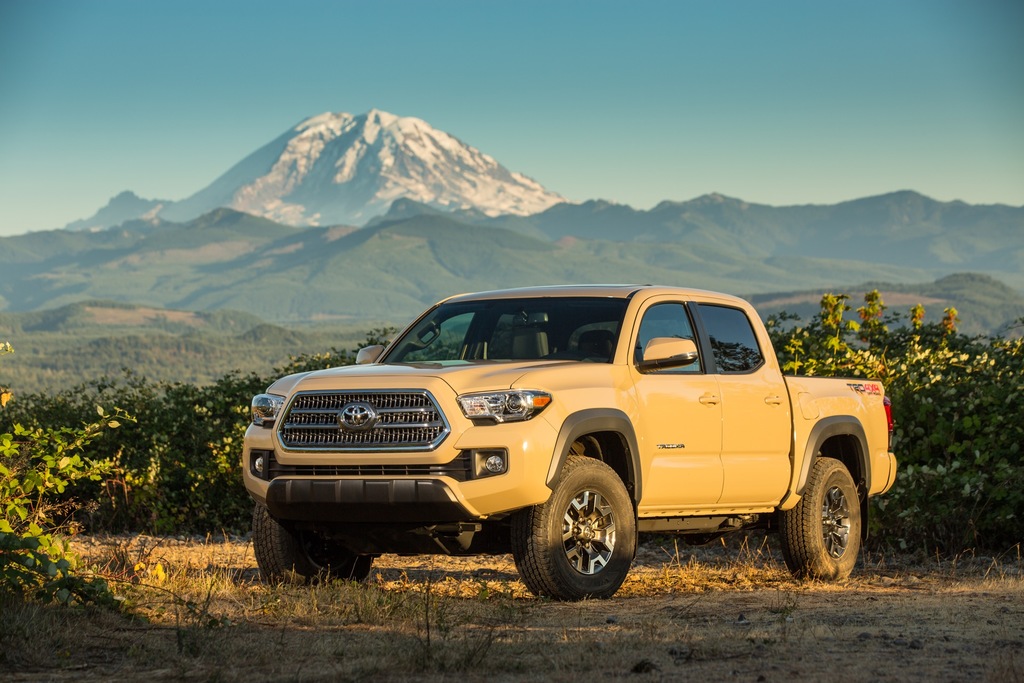 Can You Find a Toyota Tacoma in Tacoma, WA?

SANTA MONICA, Calif. — November 16, 2015 — Just because a car is named after a city or state doesn’t mean it’s popular there. In fact, says car shopping destination Edmunds.com, you’d be hard-pressed to find a Chevy Malibu in Malibu, CA. or a Hyundai Tucson in Tucson, AZ. But what if these “geocentric” vehicles were named after the places where they’re most popular?

Car Companies Should Rename These Models!

Edmunds identified eight such vehicles and crunched registration data from Polk[1] to re-imagine these vehicles under new – though not necessarily improved – model names, inspired by where they make up the highest share of sales so far this year:

Only 0.2 percent of new cars purchased this year in La Crosse, WI were a Buick LaCrosse. In fact, 4,752 other cities and towns in the U.S. enjoyed a larger share of LaCrosses. But if you want to find the biggest concentration of Buick LaCrosse sales, follow the Mississippi River about 400 miles south toward Kincaid, IL, where the sedan made up 8.9 percent of all new car registrations this year. With an area under one square mile and a population of less than 1,500 people, Kincaid can nevertheless claim the title of the “LaCrosse Capital of the United States.” 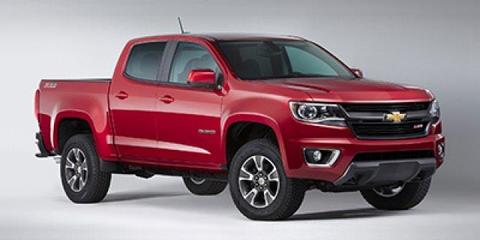 You’d expect this versatile truck to be a top choice for Coloradoans to navigate the rugged Rocky Mountain terrain, right? Wrong. Colorado is actually the 34th most popular state for the compact pickup, which makes up just 0.5 percent of the state’s new vehicle registrations so far in 2015. So where are you most likely to find the Chevy Colorado? Head two states north to Montana, where the truck has made up two percent of all new vehicle purchases this year. And let’s be honest: “Chevy Montana” sounds like the kind of truck you’d want to help you herd livestock through the Great Plains. 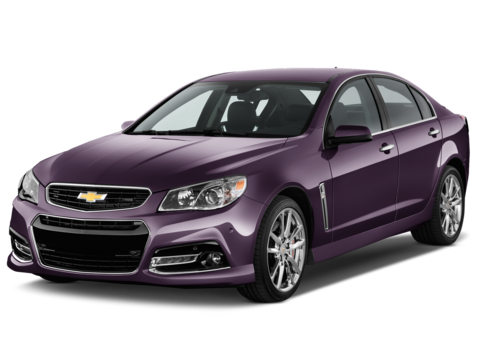 As it turns out, there isn’t a whole lot of Southern California love for the Chevy Malibu. Only 0.1 percent of new car registrations in its namesake community carried the Malibu nameplate this year, ranking the beachside city as the 10,789th most popular locale for the vehicle. If you want to find the top town, you’ll have to travel 1,600 miles away from Malibu to Garciasville, TX, located just over the Mexican border on the Rio Grande, where more than 15 percent of all new car registrations this year are Chevy Malibus. 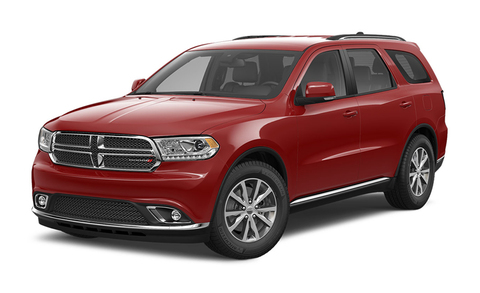 On the surface, “Durango” is a perfect name for this vehicle. It suggests a certain toughness that you’d want in your SUV. Too bad for Dodge that the folks in Durango, CO aren’t responding accordingly. Only 0.5% of car buyers in this picturesque mountain town opted for the Dodge SUV. But one place where this vehicle is most appreciated is less than one gas tank away in Castle Dale, UT, where 7.7 percent of all new car purchases this year were Durangos. Santa Fe might be the capital of New Mexico, but it’s far from being the capital of its eponymous SUV. Only one tenth of one percent of all new car purchases in this city of about 70,000 people were Hyundai Santa Fes year to date. One place where the Santa Fe SUV is truly appreciated, though, is Clements, MD. So far in 2015, 5.6 percent of all new car sales in this unincorporated town in the heart of the Chesapeake region were Santa Fes. 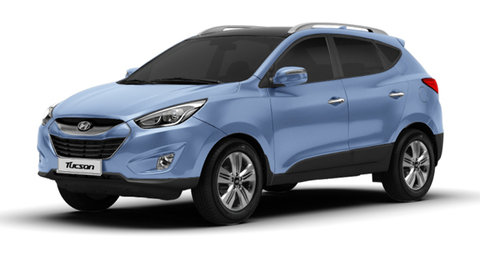 The folks in Tucson may be able to rally around their Arizona Wildcats, but there’s far less enthusiasm for the car that shares the city’s name. Only four tenths of one percent of all new cars registered there this year were Hyundai Tucsons. But there is a spirited battle underway to claim this compact SUV: both Wilmington, NY and Fort Garland, CO boast the largest share of Tucsons (6.7 percent of all new sales). In one corner you have Wilmington, which is perhaps most famous for hosting the alpine skiing events during the 1980 Winter Olympics. In the other corner, there’s Fort Garland, where the average snowfall is 47 inches per year. Maybe these towns should settle this Tucson battle with a good old-fashioned snowball fight! 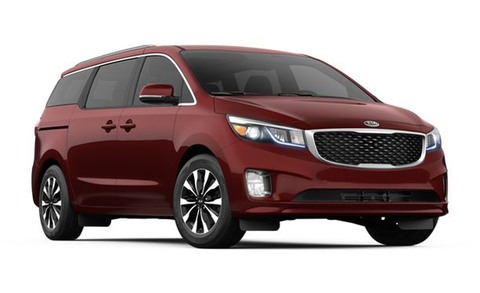 Where’s the “Sedona Spirit” in Sedona, AZ?! Not a single new Kia Sedona has been registered in its namesake town this year. Maybe Kia should start market research into the “Kia Cedar Grove.” After all, nearly 13 percent of all new car purchases registered in this sleepy West Virginia town were Kia Sedonas. Perhaps the vehicle is more suited to navigate the Appalachian Mountains than the dusty desert terrain? 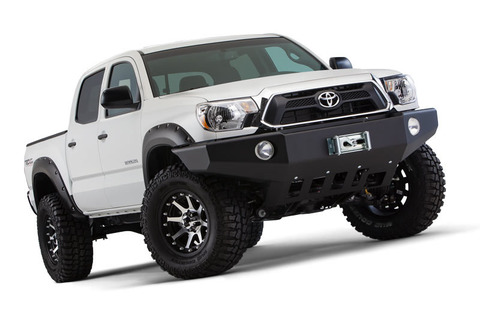 Almost two percent of vehicles registered this year in Tacoma, WA were Toyota Tacomas, which is relatively impressive, except when you consider that 5,492 other U.S. cities and towns have a better showing. Unfortunately, it’s impossible to drive a Tacoma from Washington state to the place where the compact truck is most popular. That’s because the town with the highest rate of Toyota Tacoma purchases this year is 2,600 miles of ocean away in Kilauea, HI. Believe it or not, more than one out of every four new cars registered this year in this Hawaiian paradise (26.5 percent, to be exact) is a Toyota Tacoma. That sort of brand loyalty is enough to make any Toyota executive say “Aloha!”

Are you interested in other fun and quirky automotive trends and analysis? Please visit Edmunds.com’s Industry Center at http://www.edmunds.com/industry-center/.

About Edmunds.com, Inc.
Car shopping destination Edmunds.com serves nearly 20 million visitors each month. With Edmunds.com Price Promise®, shoppers can buy smarter with instant, upfront prices for cars and trucks currently for sale at 10,000 dealer franchises across the U.S. Shoppers can browse not only dealer inventory, but also vehicle reviews, shopping tips, photos, videos and feature stories on both Edmunds' wired site and on its acclaimed mobile apps.  Regarded as one of the best places to work in Southern California, Edmunds.com was also named one of “The World's Top 10 Most Innovative Companies of 2015 in Automotive” by Fast Company. Edmunds welcomes all car-shopping questions on its free Live Help Line at 1-855-782-4711 and help@edmunds.com, via text at ED411 and on Twitter and Facebook. The company is based in Santa Monica, Calif. and has a satellite office in downtown Detroit, Mich., but you can find Edmunds from anywhere on YouTube, Pinterest, LinkedIn, Instagram, Google+ and Flipboard.

[1] Data and rankings based on share of all new car purchases in each U.S. state, city and town, Jan-Aug 2015