Did you ever wonder who sets the standards for sizing and file specifications for online display advertising so the same ads can be displayed across networks with millions of websites?
The answer is an international non-profit organization known as the Internet Advertising Bureau or IAB...
This highly respected industry association, "Internet Advertising Bureau", or more commonly referred to as the "IAB" recently supervised, and subsequently audited an extensive research study involving over 19,000 American consumers... The researchers were able to separate out a group of over 6,200 automotive consumers who identified themselves as being "in the market" for a new or used vehicle. The IAB research team refers to these car buying shoppers as "Auto Intenders".
IAB conducted a custom analysis of the people they pre-qualified as Auto Intenders. Which they defined as Adults 18 or over who answered yes to the question:
"Do you plan to buy/lease a car/truck within the next 6 months?"
The resulting report is derived from both the larger group of non-buyers and the 6201 respondents surveyed online who were identified as being true car buyers, or Auto Intenders. According to IAB the basis of all this data is the Annual Media Behaviors and Influence™ (MBI) Study.
The data and the conclusions presented in the numerous charts I have inserted below were so well gathered, with a large enough sample size as to yield a standard deviation statistical analysis error rate of less than 1%... At a 99% confidence level.
Dang! I would be proud of ANY work I've ever done that came in with that level of statistical accuracy. What I see as most relevant to ADM Members is that this IAB research went through a ton of people to identify the most likely car buyers, and for most of us these are the people we are primarily concerned with... Along with what influences them and how people who are in the market for a car are different than those who are not "Auto Intenders".
You will notice on most of the charts (shown below), the influence and behaviors of both the car buyers and the non-car buying "General Public" are tracked and displayed. 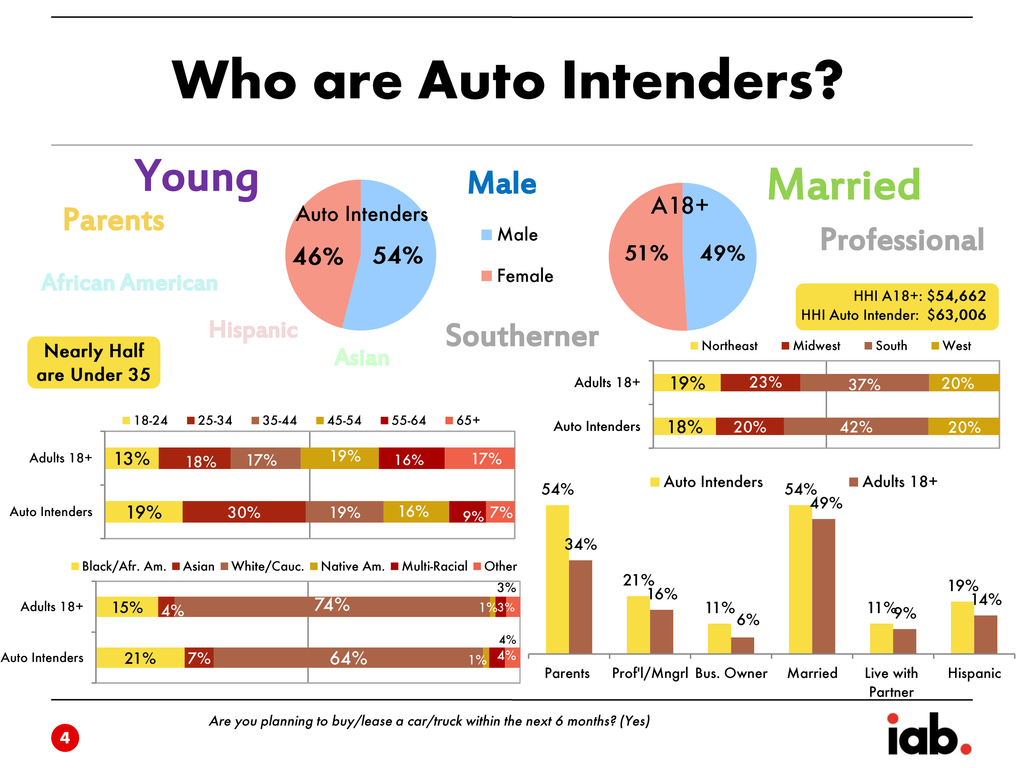 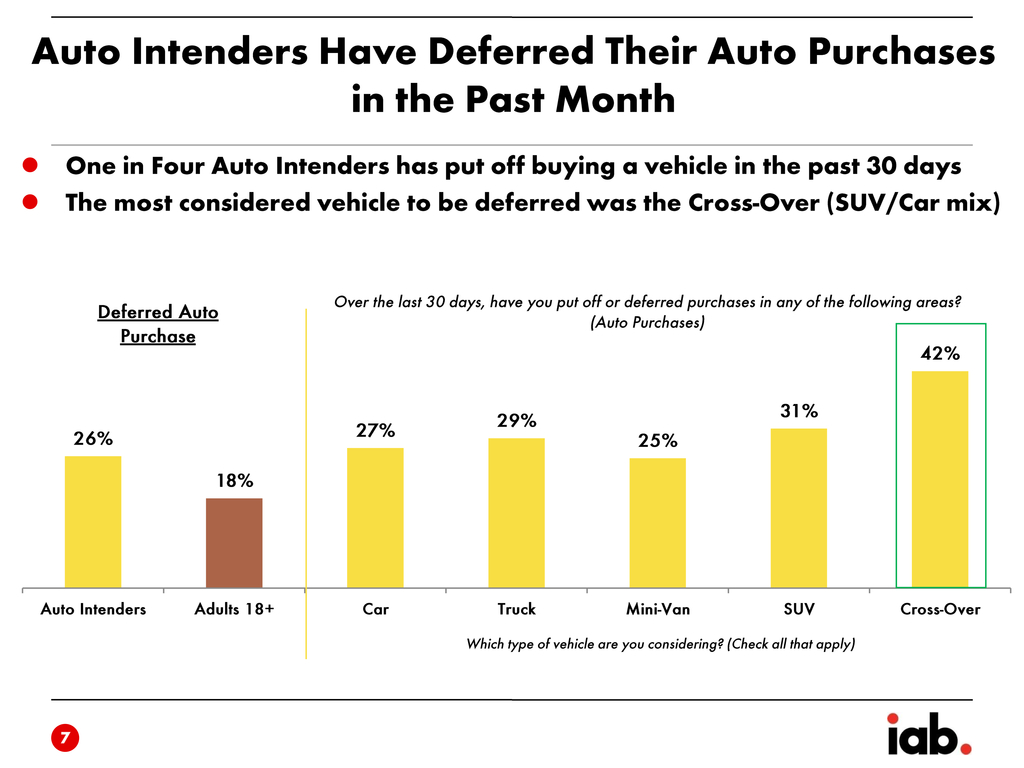 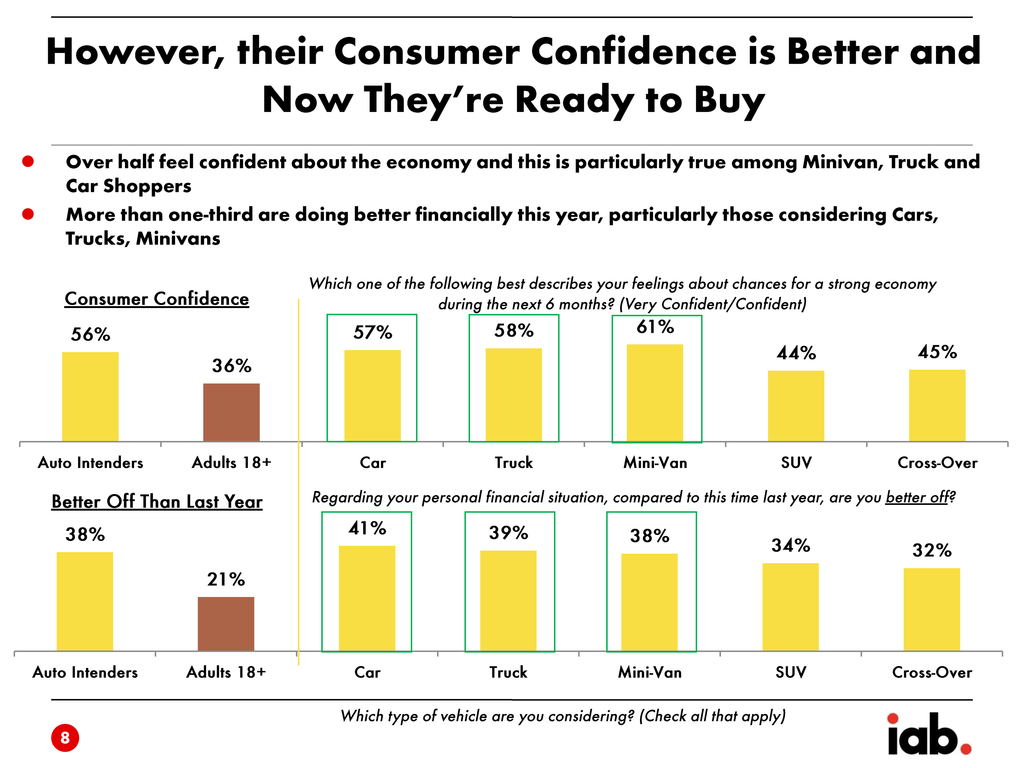 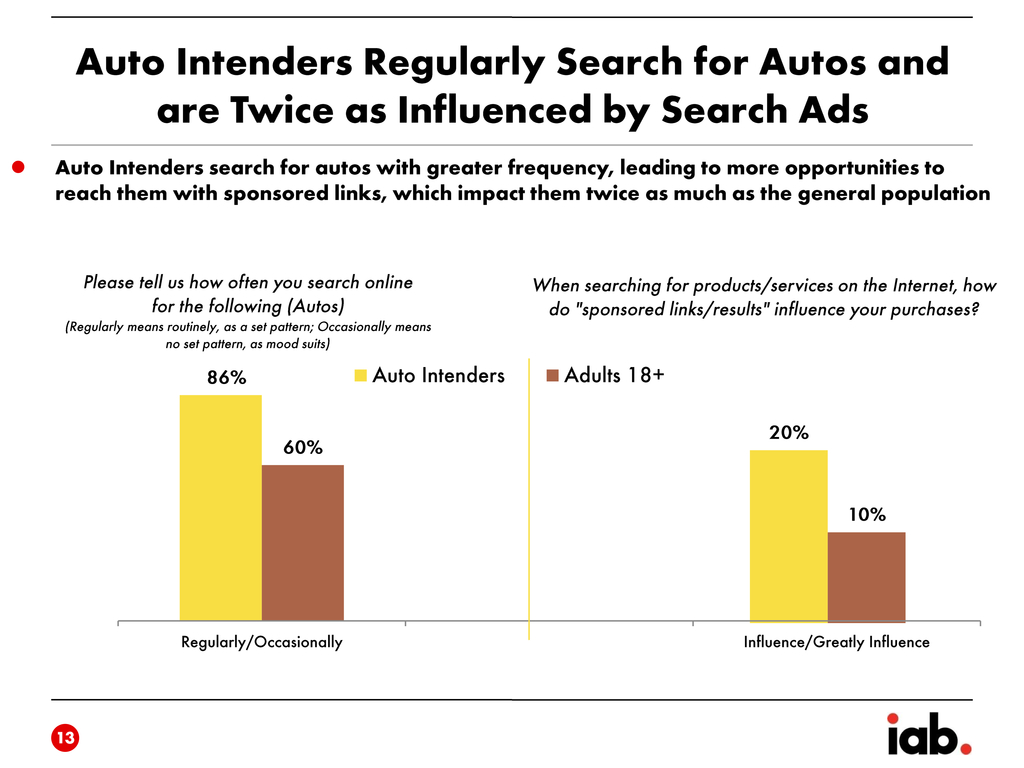 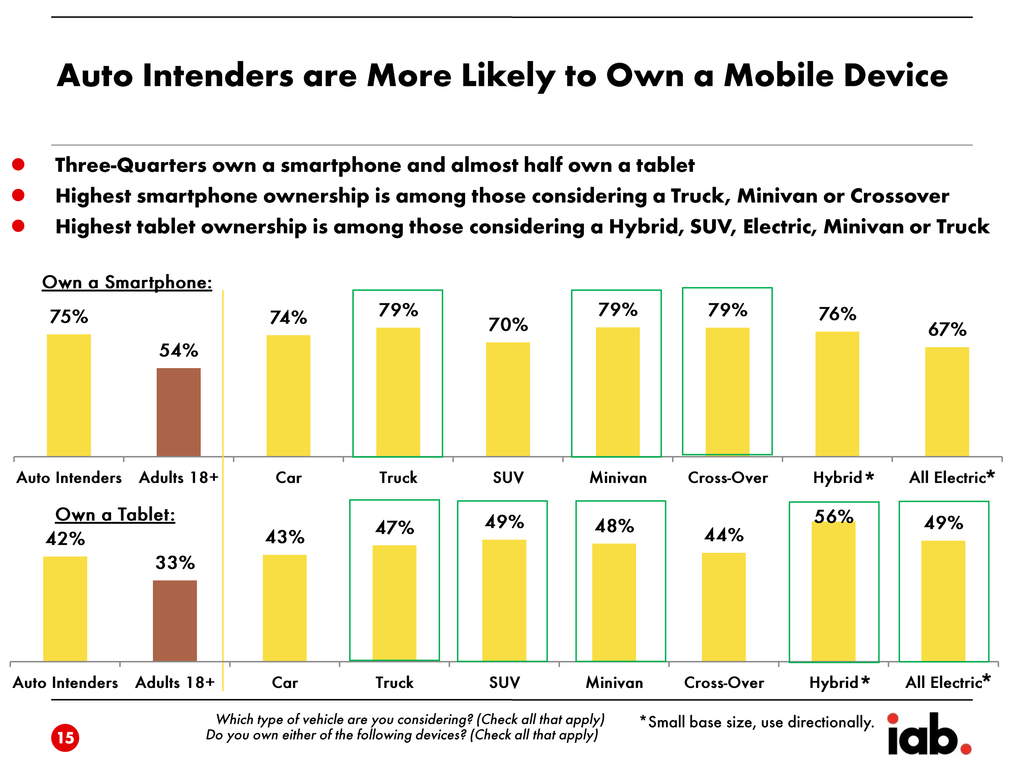 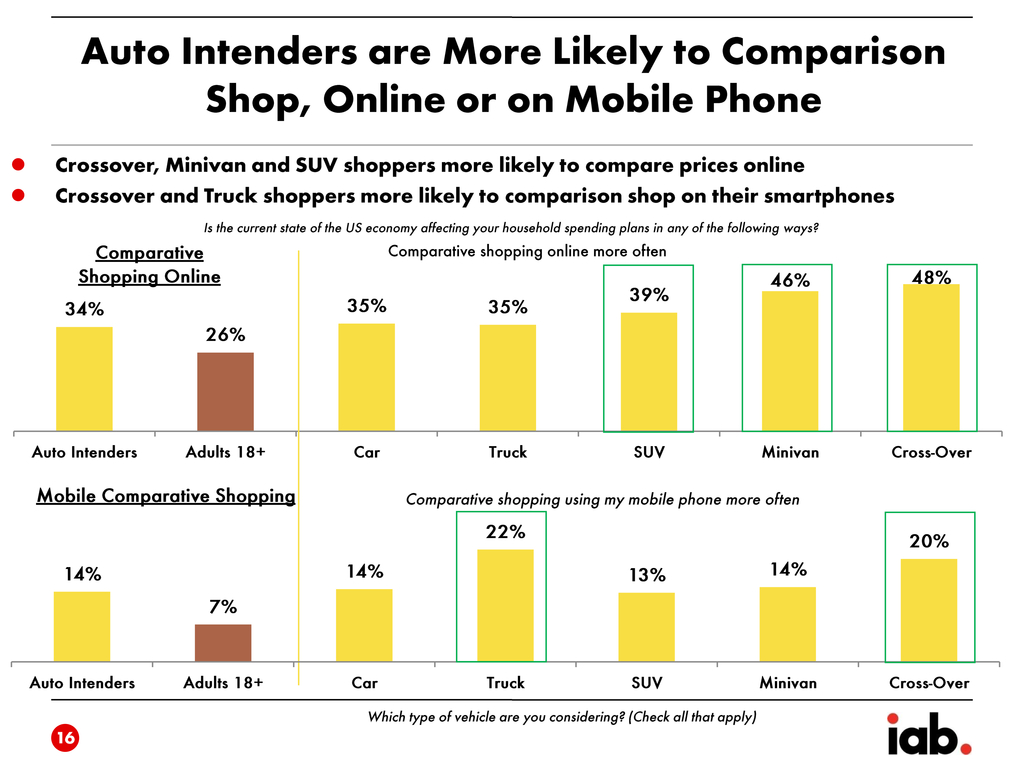 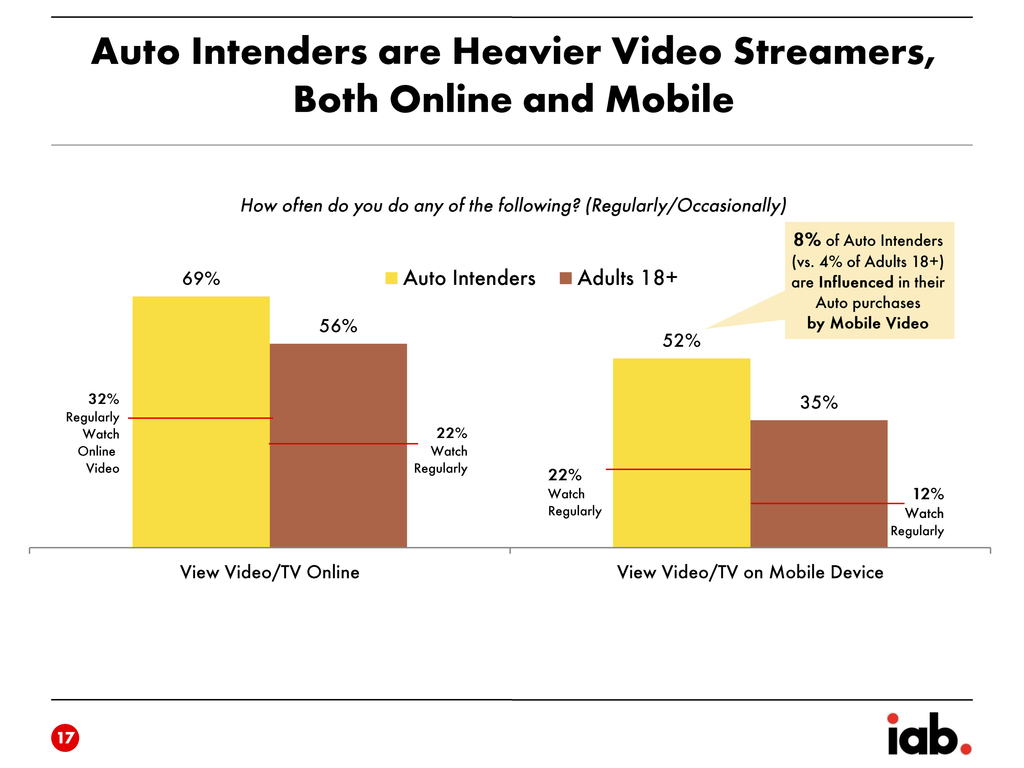