How to Make Lemonade Out of Lemons: the Easy Way 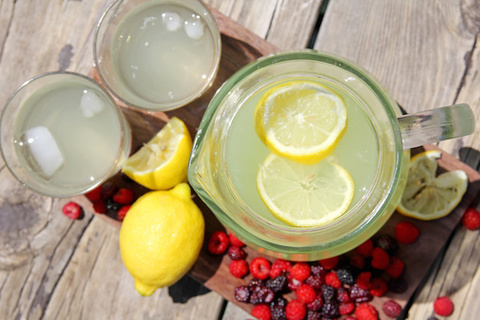 There are many stories of young kids or teens starting successful businesses. And there are as well the simple stories of kids mowing lawns or washing cars to earn extra money while their friends are out playing. A similar story gained national media attention when a 12-year old decided to open a lemonade stand in his neighborhood. He even convinced a neighbor to allow him to display a sign advertising the lemonade stand in his yard. Most people would applaud this behavior. However, apparently, one of the neighbors wasn’t too keen about it. In fact, this neighbor actually complained to the city about this teen’s “illegal business” – 4 times. City officials investigated and stated, “We’re not out there trying to put lemonade stands out of business.” Kudos to them.

This particular neighbor complained because he said the lemonade stand “causes excessive noise, traffic and trash and illegal parking.” Ironically, it appears that his repeated complaints have actually made city officials aware of the fact that he is also operating a home-based business illegally. That’s karma for you.

All businesses, and especially car dealers, have people who just don’t like them. Whether that’s because of a poor experience the customer had, or is based on something the customer heard about, they will exist. Typically, these are the customers that you listen to the most due to fear that other customers and potential customers will hear their complaints. Many dealership managers take these personally and, while some may have merit, their initial reaction is one of anger.

People all have opinions. Rather than dwell on the detractors, change your focus to all of the positive comments you receive from happy customers. To when things have gone right. It’s certainly important to handle legitimate customer complaints, when possible. And these complaints can have a positive aspect – they should be used as a learning tool to prevent reoccurrences of similar problems. It’s way too easy to get sidetracked by negativity and allow it to negatively alter your behavior. If you keep your focus on ensuring that your customers have the best experience possible, you will see happier customers. In this way, just as the community around the boy with the lemonade stand did, your customers and local community will rally behind you when you need them most.

I’m fairly certain that this teenager did not set out with a goal of creating a booming lemonade stand that would rake in a fortune. However, through the media and the assistance of a local radio host who actually committed one of his staff to assist in its operation, business has been surprisingly good!

And it all started with a dream, a little hard work, and a commitment to overcome obstacles.