How Many Reviews Required To Sway Customers? 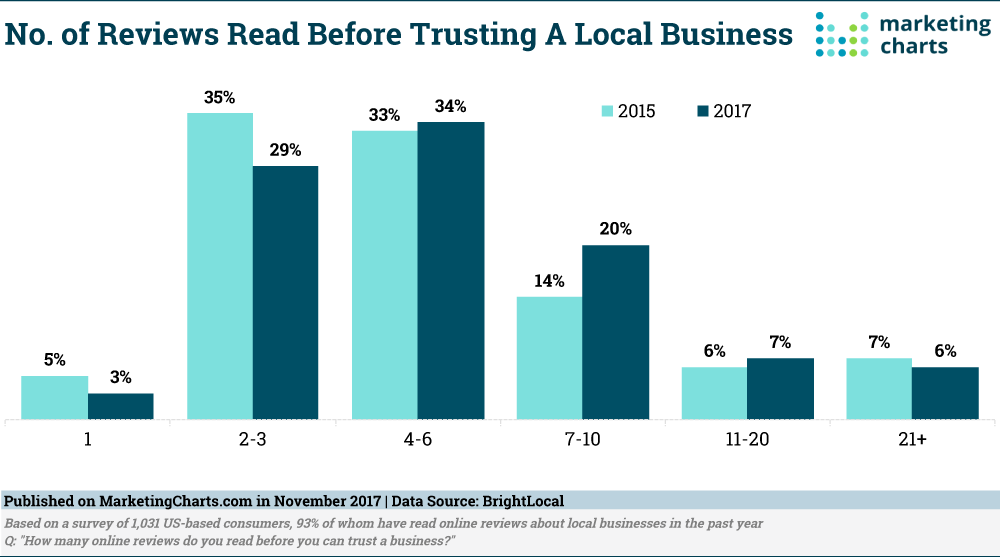 Dealership Reviews continue to be extremely important, as 94% of respondents use the internet multiple times a year to find local businesses, including car dealerships and the majority, are more likely to use a dealership for service or sales based on positive reviews.

In fact, Millennials now turn to review sites when researching purchases more than any other type of site, per comScore research.

Reviews are also critical to local SEO – and deemed the “new link alternative,” according to new research from LocalSEOGuide. 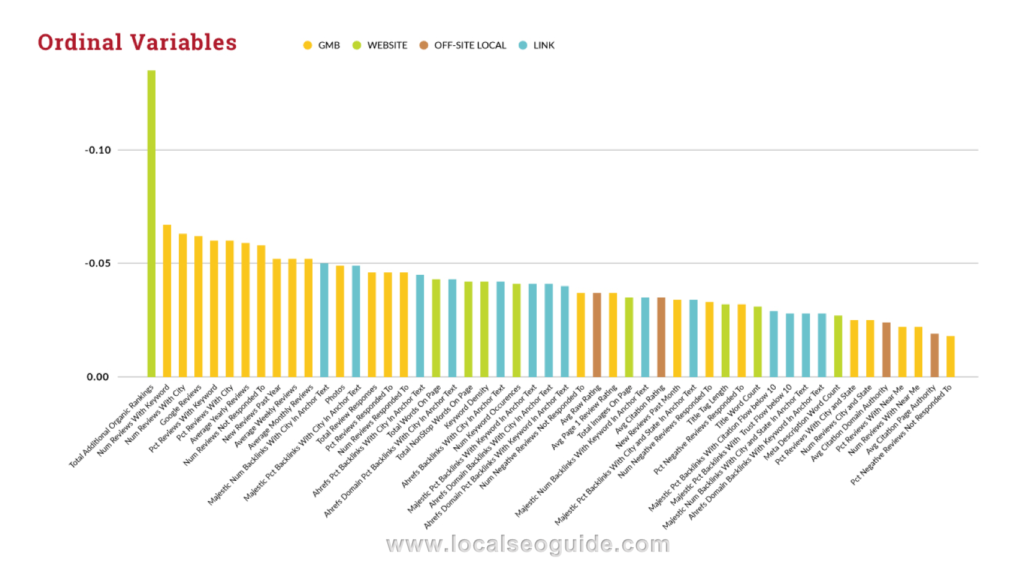 How Many Reviews Do People Read?

When judging a local dealership based on reviews, consumers are more likely to pay attention to its star rating than to the quantity or recency of its reviews, per BrightLocal’s survey. However, the quantity of reviews seems to be gaining in importance for respondents, as is the presence of a dealer's response to them.

As for the total number of reviews, two-thirds (68%) of respondents report needing to read at least 4 before they can trust a dealership. That includes a plurality 34% who would need to read 4-6. Interestingly, some need more convincing, as 1 in 8 professes to read more than 10 reviews before trusting any business, including dealerships.

The recency of those reviews can have an influence, too. Two-thirds say that the review has to have been posted within the past 3 months for it to impact their decision, and half won’t consider reviews that have been posted earlier than 1 month prior.

Overall, roughly 1 in 5 always trust the reviews they read online as much as personal recommendations, compared to 16% who are often skeptical (13%) or don’t trust reviews at all (3%). Most generally trust them as much as personal recommendations, but base their comfort on perceived authenticity, the type of business, or the total number of reviews.

A separate survey from Kyruus [download page] indicates that 9 in 10 patients at least somewhat trust online reviews of health providers.

Meanwhile, about 8 in 10 consumers responding to the BrightLocal survey purport to having read a fake review in the past year. Only 1 in 6 feel that it’s always easy to spot if a review is fake, though most (54%) feel that it’s sometimes easy.

While people are paying more attention this year to the number of reviews left for a dealership, they still focus more on the Average Star Rating when judging car dealerships.

For about half (48%) of respondents, a dealership needs to have a minimum of a 4-star rating for them to use it. That’s up from 28% in 2015, suggesting that people are having higher expectations of businesses’ reviews.

Worth noting is that almost half (48%) of respondents won’t believe a dealership's Average Star Rating if it has 10 or fewer reviews. On average, respondents want a dealership to have more than 30 reviews before they’ll trust the accuracy of its star rating.

People are more likely to read reviews than to leave one themselves: 1 in 3 have either not left a review but might in the future (26%) or not left one and would never do so (6%). Still, that leaves roughly two-thirds who have posted a review.

Separate research from TurnTo Networks and Ipsos indicates that the majority of online shoppers submit online product reviews and r....

Interestingly, respondents to BrightLocal’s survey are far more likely to leave a local dealership an online review for a good experience (63%) than for a bad one (35%).
That follows from research released earlier this year indicating that consumers are now more likely to share good experiences than bad ones.

The full BrightLocal survey results can be accessed here.