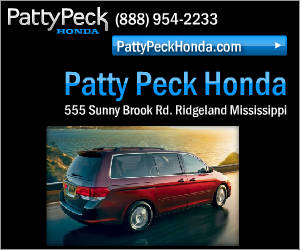 The Curious Case of Honda

An article in a recent edition of BusinessWeek detailed the woes of Honda. It discussed the automaker’s declining US market share as well as product missteps – most notably Crosstour and Insight – and its inability to cash in on Toyota’s problems while other competitors have been quick to capitalize.

Here at Compete we decided to take a deeper dive into just what’s troubling Honda to uncover the root causes of its problems. The first place to look is at market demand, Compete’s measure of automotive shopping activities across all the top third-party automotive web sites—with no double-counting of consumers that completed the same activity on more than one of the sites. We also evaluated shopper counts by model and brand.

The results show that Honda has not been keeping pace with market demand for quite some time: Honda’s Share of Market Interest (shopper counts as a % of total market shoppers) was as low as 13% in recent months, down from 16% during July’s Cash for Clunkers. Demand for core models in the portfolio—Accord, Civic and CR-V—have fallen to all-time lows and have not recovered (available, not shown).

And while Toyota continues to struggle to add shoppers post-recall Ford has gained, and maintained, its market-wide demand leadership while Hyundai has surged of late. Both have benefitted from solid new products (Ford – Fusion and Taurus, Hyundai – Sonata and Tucson) which have kept shoppers attracted to each brand.

And Honda shoppers have taken note as well: cross-shopping of Ford and Hyundai among Honda shoppers was at or near record highs. Interest in Fusion and Sonata has grown significantly, taking some of the luster off Accord (available, not shown). Also of note is Honda shoppers’ declining interest in Toyota, which has historically been heavily cross-shopped. Many automotive shoppers have put Toyota shopping on the back burner since the recall. However, Honda shoppers started looking past Toyota much earlier—right after Cash for Clunkers. Cross-shopping fell to an all-time low in February at the height of Toyota’s recall troubles before rebounding slightly in March, no doubt influenced by attractive and heavily-promoted Toyota incentives.

Final proof that trouble is afoot is the degree to which Honda prospects engage with lower funnel shopping tools on automobiles.honda.com. Engagement is defined as visiting at least one of four key shopping tools on the automaker’s web site – Request a Quote, Locate a Dealer, Vehicle Configurator or Payment Estimator. After peaking in July at 38%, Honda site visitor engagement has steadily declined, topping out at just 27% in March. Fewer site visitors utilizing the brand’s shopping tools means there’s less opportunity to convert prospects to sales.

So is it any surprise Honda is struggling? Its demand has underperformed since the middle of last year, its shoppers are increasingly considering competitive brands, and Honda site visitors are less likely to engage in lower funnel shopping tools.

The results suggest the importance of using a comprehensive and integrated approach to monitoring in-market prospects’ shopping activities that includes individual OEM sites but also context across the market including third-party sites. This context is crucial to determine how the brand is performing relative to the market overall and versus the competition. Cross-shopping is key to understanding who your prospects are also looking at and who among your competition poses the greatest threats. Understanding a brand’s performance, not only on its own but relative to the competition as well, helps OEMs better manage their brand and maintain engagement with prospects during all market conditions.

And it may not always be what you’re used to seeing. In Honda’s case, it was natural to focus on Toyota. But Ford and Hyundai are threats that cannot be ignored if Honda is going to address its woes.