Overland Park, Kan., May 2, 2011 ― NCM Associates, a leading provider of retail automotive 20 Group services, Education, Retail Operations Consulting and the originator of the NCM Benchmark® for Success program for automobile dealers, today announced that Helms Brothers Mercedes-Benz has tripled its gross profits through the implementation of the Mercedes-Benz Pre-Owned Profit Improvement Program under the guidance of NCM Associates.

Four years ago, Suzanne Cochrane, General Manager of Helms Brothers Mercedes-Benz in Queens, NY was running a dealership where the pre-owned department had a revolving door for managers and showed a loss of $100,000 at the end of that year. Goals of those managers didn’t jive with the goals of the dealership and inconsistent processes hampered consistent growth. The dealership Net to Gross ratio was 7.2%.

In 2008 Cochrane and her team signed up to be part of the Mercedes-Benz Pre-Owned Profit Improvement Program.  NCM Associates was selected by Mercedes-Benz to assist dealers in the program and work with them closely to implement processes to improve their performance. After just one year of working with the NCM team, the Net to Gross ratio at Helms Brothers rocketed to 22 percent and with the program maintained its steady growth. At the end of 2010 the profit ratio had grown even higher to 25.7 percent.

According to Cochrane, a number of factors were working against them including management issues, high levels of competition from independent highline dealerships and a sluggish economy.  They knew they needed a new strategy, but weren’t sure how to initiate the process. NCM Associates and their local consultant/trainer implemented financial controls, an accountability process for managers and conducted regular follow-up visits. Before the program, Helms Brothers Mercedes-Benz was selling 15 to 20 pre-owned vehicles a month and within one year increased the monthly pre-owned sales to 30 to 35 units. During one particularly strong month they even achieved a high of 40 units.

Positive changes began almost immediately with merchandising of the vehicles.  Recognizing the value of the Mercedes-Benz Certified Pre-Owned program every eligible vehicle was put through the certification process. The extra expense in certification was justified by the increased sales and value of the CPO program to prospective buyers. Customers realized the value of a CPO vehicle and were willing to pay a higher price for those vehicles.

Helms Brothers also implemented vehicle valuation software in the dealership so they could see what similar vehicles were selling for both at wholesale and retail outlets.  This took their focus off “what can we buy it for” to “what can we sell it for” and this kept them competitive and profitable on each transaction.

Cochrane witnessed the value of focused analysis and structured implementation. “The Profit Improvement Program was responsible for a shift in our philosophy and made us really aware of how important pre-owned sales are for the success of our dealership,” she explained.  “Now everyone gives it the attention it deserves and they are all accountable for making sure we stay on target.”

Next, management started doing daily vehicle analysis of the inventory with the sales team. This prompted some candid discussions between team members on what is selling and what should be wholesaled.  Additionally it gave everyone “skin in the game” and kept them focused on having the right vehicles in stock.

The same reviews were done on all the trade-ins that came into the dealership.  They looked at what comparable vehicles were selling for in the market.  They asked if any of the sales people had prospects or past customers that might be interested in a particular vehicle; and if the unit was not up to the standards of the dealership with some cosmetic reconditioning, might it be better just to wholesale it.

Run lean and focus on retailing:

Profitable dealerships keep their focus on retail sales and don’t let the wholesale process interfere with their operations.  Helms Brothers implemented a new wholesale process that took the units from their Mercedes-Benz and Volkswagen stores to an offsite location.  Wholesalers are given a 24 hour window to inspect vehicles and then place bids on the vehicles they want.  Bids are then opened and the highest bid wins. This eliminated intrusions on the day to day retail operation.

While Certified Pre-Owned Mercedes-Benz sales for 2009 were up 17.8 percent over the 2008 YTD sales when the program began, Helms Brothers Mercedes-Benz pre-owned sales were double that national figure. By closely working with NCM Associates and establishing a focused discipline, Helms Brothers was able to achieve incredible results in their market.

In closing, Suzanne Cochrane gave NCM credit for its role in the dealership’s turnaround.  “While the Pre-Owned Profit Improvement Program was initiated by Mercedes-Benz, much of the success of the program at our dealership was due to the execution at the local level from the NCM Associates consultants, their tactical implementation and follow-up with our dealership management and sales team.”

NCM Associates, Inc. is the originator of the automotive industry 20 Group peer collaboration process and has been providing dealership Benchmarking, Education and Retail Operations Consulting services to the industry since 1947. Located in Overland Park, KS, NCM provides a robust suite of services designed to drive dealership profitability using its proven, operations-focused Benchmark® for Success program with new and pre-owned U.S. automotive dealerships, as well as with dealerships in more than 20 other industries.  For more information about NCM Associates, visit www.ncm20.com or call 800.756.2620. 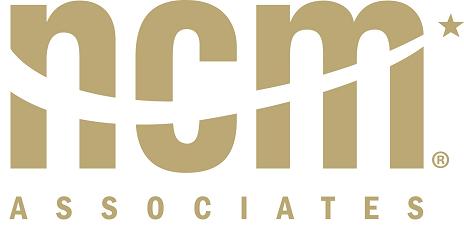