Google and YouTube have collaborated to develop and roll out a new video iPhone App named "Capture" which will empower improved Dealer Content Creation and easy publishing of videos to Social Media channels. 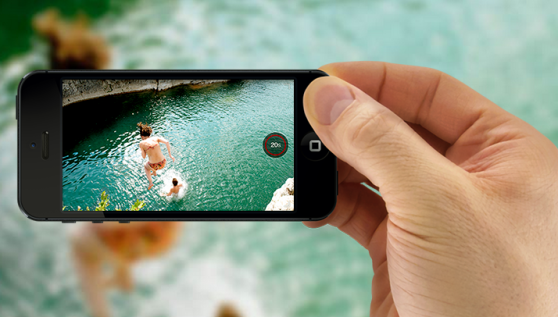 Google launched a new Video app for iPhone on 12/17 and named it "Capture".

Capture lets you quickly upload videos to YouTube. and other video hosting sites.

Car Dealers Who Embrace YouTube Capture will experience streamlined video shoot to publish times and the built-in stabilizer will enhance video viewing quality. Capture could be an essential part of many dealership video content creation and distribution strategy.

Capture provides iPhone users in your dealership with enhanced and easy social media and email sharing functions. Videos can be easily uploaded to a YouTube account that has been set up on that specific iPhone and automatically shared to the Google+ account set up on that specific device.  Capture users can easily share videos to their Facebook and Twitter accounts.  Although, as I use Capture on my iPhone, I am experiencing app use challenges due to having admin access to multiple Facebook Pages and Twitter accounts. Capture lets dealership iPhone users upload and share simultaneously, so the whole video content marketing process can be more streamlined and time efficient.  You can also choose to just share your clips privately with your family and friends or with a dedicated URL. 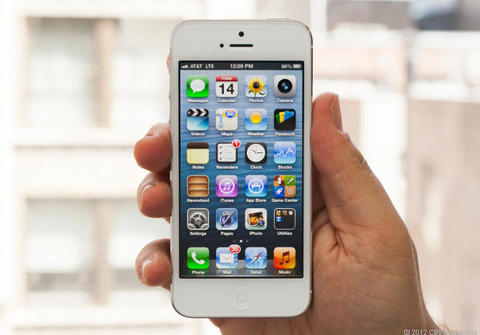 One of my thoughts while using Google/YouTube's Capture  software on my iPhone is that dealers should consider investing in a DEALERSHIP dedicated iPhone and mobile account.  This would be an iPhone not hampered by doubling as an employee's personal use phone, but rather for the exclusive use of the dealership's social media marketing efforts, advertising campaigns and sales department programs.  Such a dealership dedicated iPhone could be preconfigured to optimize titling, tagging and account distribution of customer testimonials, vehicle walk-around videos, program update videos, "Meet the Manager" videos, etc.  I would love to hear from anyone considering such a move, as it is something I have thought about for quite awhile, and Capture makes the value proposition for a dealer-specific non-personal use "Marketing iPhone" both compelling and even more cost effective from an ROI perspective.  This would also eliminate issues around personal use iPhones being used for dealership purposes, such as images of somebody's spouse or significant other, inappropriate images of any kind, and storage space for dealership videos compared to the scant memory left on an employee's iPhone after recording Christmas present openings, etc. 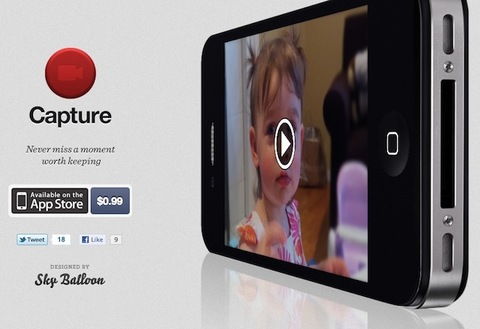 Unlike Apple's built-in Camera app, Google's Capture lets dealers using it to sync to their Facebook, Google+, and Twitter accounts. This allows for virtually instantaneous" pushing" of your videos to the social networks set up on that iPhone with one task being completed.  The potential for enhancing a dealership's Video SEO strategy with the deployment of Capture on the right iPhones would appear to be very strong.

The Capture iPhone app also features image stabilization, some basic video editing tools, and access to your camera roll so you can upload either videos sent to an iPhone or older videos stored on your iPhone directly to the YouTube account configured for the app to access.

I have used the Capture app for a couple days now and found that it's much easier to use and has more functionality than Apple's Camera app... But, there are stability issues that seem to be related to my iPhone having access to multiple Twitter and YouTube accounts.

One downside noted: Once the video uploads, an invitation to view that video is automatically posted to the social networks set up on that iPhone, even if YouTube's servers haven't finished rendering the clip yet. The followers and friends of the Twitter, Google+ or Facebook Profiles that receive the invitation or follow the link in the status updates too quickly may get an error message at first... In most cases, they will know the clip is still being processed.

Capture is just the latest in a string of new and updated Google apps for the iPhone. For a long time, Google had a reputation of delivering half-baked apps on Apple's platform. Now it's going all out, delivering some excellent apps that are often better than what Apple can come up with.

Bummer Ralph, I'm avoiding this for now. If possible, I try and avoid new apps until they've been on the market (even if they're free) for the first couple of months. I'm not interested in user-testing and troubleshooting an application, they can do that themselves. :-)

After using this app for about 48 hours I can attest to a couple of buggy areas... One of them is if you have multiple Twitter Profiles set up in the iPhone Twitter application integration that is now embedded in the iOS 6. Capture not only locks up when you go to select which Twitter account to use, but when you restart Capture, it will have selected a Twitter account you did not intend to send your videos to.  For example, I have repeatedly selected @RalphPaglia and the Capture App keeps selecting @SEOanimal to send videos to without my approval.  In general, I believe if you have one profile in each social media network, Capture will work fine.  But, for those of us who are managing multiple social media profiles and account (as Mike Myers pointed out) we will need to proceed with caution.

I truly never understood why iPhone's default camera application was so poorly designed on this level. You would think the opposite, but I suppose they aren't truly interested in supporting the means of 3rd party social network causes. It's true, their syncing capability has always pretty much sucked.

Perhaps Apple has been contemplating on creating a network for themselves. Reasoning = "The first is that Apple recently made an acqui-hire of the staff of Color Labs. The company’s app Color, was the first ad hoc social network to gain widespread notice (mostly for the privacy implications resulting from the ease with which anyone nearby could access all your old photos). I’ve used the app, and it’s pretty amazing. You just launch the app, take a picture, and everyone else at the party running the app sees your picture, too, and vice versa. "The second piece of evidence is an Apple patent for something called “iGroups,” which Apple has reportedly been working on for four years now, and which would enable location-based mobile social networking on a temporary basis, with an emphasis on file sharing."