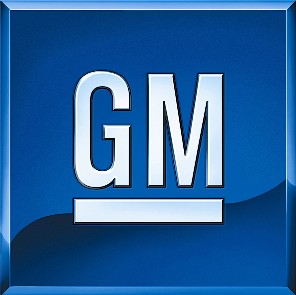 U.S. Budgets May Also Be Trimmed

From Detroit to Dubai, industry-tongues are wagging over General Motors' $3 billion-plus global media agency review. But what sparked it?

Marketing experts point to a desire by the car maker to trim fat out of its marketing budget and to make sure media dollars are being allocated in step with changing consumer consumption habits. More evidence that GM is looking to cut costs: In the U.S. it is weighing a plan to cut spending to return it to pre-bankruptcy levels.

Already in the first quarter of 2011, the automaker's ad spending was down 8.3% even though it returned to the Super Bowl -- where 30 seconds of commercial time cost as much as $3 million -- after sitting the game out amid its bankruptcy. GM spent $3.37 billion on global media last year, according to Ad Age's Data Center. If the first-quarter cuts in marketing hold up all year, that could mean up to $279 million in savings.

As reported first by Ad Age, GM has thrown its $3 billion-plus global media-buying and planning duties into review. It noted in a statement that it's seeking proposals from global media shops "on ways to improve the efficiency and effectiveness of its global operations for purchased media." The company works with more than 20 media-buying companies globally.

Following our report, GM spokesman Tom Henderson provided further detail, explaining that GM's global marketing team -- including global Chief Marketing Officer Joel Ewanick -- will lead the review, but that the automaker will have help from Chicago-based search consultancy R3:JLB in managing the process. The search comes as Mr. Ewanick has promoted his No. 2, Chris Perry, formerly the U.S. marketing chief, to a global role.

The request for proposal is being issued to several global media companies and will include all consumer-facing planning and buying operations in support of all media channels including print, digital, broadcast, search and social media, the car maker said. But finding a single, or even a couple, of agencies that could handle all of the above might be next to impossible due to conflict issues.

Media shops at WPP will have issues due to its exclusive relationship with Ford, while Omnicom Group agencies handle media duties for several car makers including Nissan, Mistubishi and Porsche. The majority of GM's Latin American business is run by Interpublic Group of Cos.' Universal McCann, and while the agency is expected to try to defend it in that region, it is limited; in in the U.S. the agency has a conflict courtesy its Chrysler account. Other incumbent shops that have GM media duties are Publicis Groupe's Starcom, which has handled media-buying and -planning duties in the U.S. since 2005, and Aegis Group's Carat, which handles Europe. India and China are not included in the review.

Mr. Henderson declined to answer whether the company is under a cost-cutting mandate, but said the review is "all about strengthening GM's global marketing capabilities by becoming more effective and efficient in how we buy media on a global basis. We won't know what might be saved in terms of costs until we've reviewed each proposal. In the end though, we may validate our current process and partners."

That the company is already prepared to potentially stay with its current marketing partners is something that has the industry further speculating that the entire exercise could be a cost-cutting move. 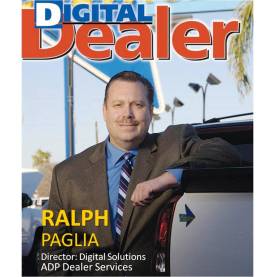 "Cost cutting is one of the primary motivations," said automotive marketing expert Ralph Paglia, VP at Washington- and Miami-based Tier10 Marketing, which specializes in the auto industry. "Cost cutting, methodologies, strategies, tactics. It's prudent on Ewanick's part. I can see him doing this to review those methodologies." He added that media-consumption patterns have "changed dramatically in the last five years and I bet they have a big part in this review process. You may see something where the media buying is somewhat segmented across different channels, where digital media is handled by a different agency than broadcast media."

Peter DeLorenzo, a former automotive marketing executive who now runs Autoextremist.com, said he also believes this was about costs. "It has everything to do with gaining cost efficiencies and creating some changes in the scenery of the media component," he said. "Any efficiencies that might be gained by making a switch would be welcome. He is probably looking for more creativity out of the media shops. It's not about the work. Joel is a pretty quick and a creative thinker, and he wants to see that from his media agencies."

"This is the practice that GM has to take going forward, to at least be responsible on how they spend their money," Jesse Toprak, VP-industry trends and insights at TrueCar.com. "They've had the same strategy in other aspects, from production to their personnel, in creating efficiencies," Mr. Toprak said, noting that GM was able to produce more cars this year while spending $10 billion less than three years ago, pre-bankruptcy.

The media review follows a period of dramatic shifts in GM advertising since the company emerged from bankruptcy in 2009. Last year, GM moved Chevrolet to Omnicom's Goodby, Silverstein & Partners and awarded Cadillac to Publicis' Fallon, both without a review. The Goodby win put Omnicom squarely onto GM's roster, which had long been filled with agencies owned by Publicis and Interpublic.

GM made a point to note that creative agencies are not included in the current review, despite the brouhaha that has taken place in the last week when Mr. Ewanick graded the work being done by Goodby as a C or B.

Former Chrysler CMO turned automotive consultant Julie Roehm said further whirlwind moves in media buying that are similar to the changes Mr. Ewanick made 15 months ago with creative agencies would be counter-productive. Ms. Roehm said she believes Mr. Ewanick is not happy with Goodby's work, but that He "brought that agency in without a review. To come back 18 months later and kick them out would be embarrassing."

"In the auto industry, you have three-, four-year launch cycles; you have to give agencies a chance," she said. "He's creating turmoil and change; it's just chaos. These agencies have to work together. We don't live in a bucketed world. I don't think it's about cost cutting. It's smoke and mirrors to hide bigger problems."