Many Social Media advocates see RED when asked about the ROI (Return on Investment) of Facebook, Twitter, YouTube, Blogs, Pinterest and other Social Media.  The question itself evokes the idea that if something doesn't produce short-term, immediate profits, it has no value.

Nothing could be further from the truth.

Perhaps when a dealer principle spends a million bucks on a facelift for his building, he is only doing it out of pride.  I don't think so.  He or she knows the value of impressions.

Perhaps when a dealer principle spends big bucks on a comfortable waiting room for service customers, he or she doesn't think about the ROI of making your customer happy and content.  I don't think so.

Social Media is a way to build relationships with your customers that make them loyal advocates for your business.

And relationship is the first "R" in the five "Rs" of ROI.

Building relationships with your customers makes them return again and again.  When they need an oil change, they pick up the phone... not the mouse.  They don't get on the Internet and shop for the best and lowest price oil change.  They just make an appointment.

That's called Retention and that's the second "R" in the five "Rs" of ROI.

When your customers are loyal to you and advocate for you through word-of-mouth advertising via Social Media, other people listen.  They believe recommendations from their friends and family. They will often make decisions as to where to go based upon these recommendations.  They have noticed that you have a good Reputation.

Reputation is the third "R" in the five "Rs" of ROI.

When your loyal customers (fans) recommend you, in online reviews or on Facebook or Twitter, it often results in referrals.  Referrals often times have a greater closing ratio than even previous customers.  That, as we know, equals profits.

So Referrals is the fourth "R" in the five "Rs" of ROI. 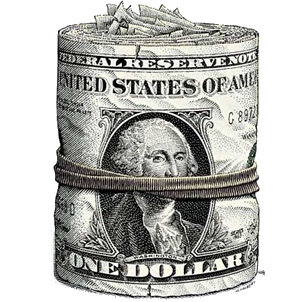 If I was Sherlock Holmes, I would say, "Elementary, my dear Watson."  And here's the formula:

In closing, I want to thank one of our customers, Susanne Woods, for coming in for an oil change and asking to see the "Facebook Guy".  I really enjoyed our conversation.

I look forward to seeing you the next time you come in. (And that's for real people!) 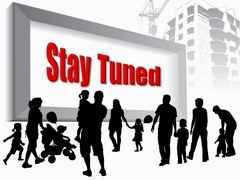 Could there be a 6th R added to the 5 Rs in ROI of Social Media?

Sid Gandotra, Social Media Consultant in the New York area believes so.  He wrote on LinkedIn, "The only 'R' that I will like to add to your point made is 'Relevance'. How relevant it is to the target audience based on their needs makes a big difference in their decision making process."

Thinking about it, "Relevance" is like the missing link in the 5 Rs of ROI , isn't it?  In fact it probably underlies each of the first four I mentioned.   I would like to add it as the silent R in ROI supporting all the ohers.  What do you think?

Brent, it seems that all good things start with R.  A friend of mine on LinkedIn suggested "Reach", another good one.  But "Real People" is right.  Susanne was a "Real People" and true validation.  She didn't know my name, and called me the Facebook Guy, but she knew I was a "Real People" person.  When I met her, she looked at me as if she knew me already although we had never met.  And when she said HER name, I knew her too.

Tom, great post.  I like the 6th "R" you mentioned in closing too...Real People.  Social Media gives businesses a chance to build those relationships you mentioned with real people...not a business talking to a consumer, but people talking each other...Brent interacting with Tom, not SOCIALDEALER talking to Apple Chevrolet.  Social Media offers the potential for more personal interactions

Thank you Michael.  Glad you liked it.

BTW David, great article you wrote that you mentioned below. I like your term ROE Return on Experience.  I also like to think of it as RTP Roadmap to Profit.

I totally agree Tom, they are intertwined, and in a big way!