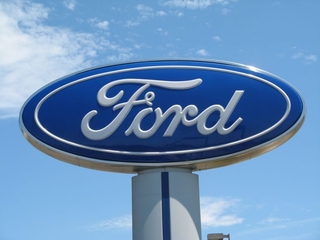 A slightly surreal spot for Ford in which no brand name appears has apparently mesmerized a ton of viewers, who've propelled the 60-second ad to the top position this week on the Viral Video chart.

Only a Ford theme line, "Go Further," and an "EcoBoost" badge on a fender are flashed on screen in this rather slow dance around sheet-metal, the whole affair coming across as an extended take on the current trend in automotive video advertising to tease audiences.


It's the first time in Ford advertising history that none of the featured vehicles are branded, Ford said, and there is no voiceover mention of the brand. It has attracted 2.9 million views.


The "Go Further" theme, along with the aim of driving engagement to the gofurther.com site -- has been in the works for several months, and Ford said that the idea with this video, created by Ford's primary agency, Team Detroit, Dearborn, is to let the cars be the stars, with no distractions.


"We're aiming these ads directly at the skeptics," said Jim Farley, Ford's group VP-marketing, sales and service, in a company blog. "These consumers have blinders up when they see a Ford logo, so we have to do something that's disruptive and unexpected from a car company if we expect to get noticed by them."


The "stars" in the ad include the unreleased 2013 Fusion Energi plug-in hybrid and the 2013 Escape, with its hands-free liftgate (BMW had it first), activated by lifting a foot under the vehicle's rear bumper.