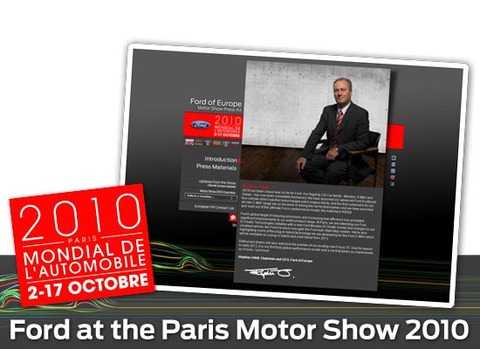 After the historical precedent setting success Ford experienced with theiur Fiesta Movement new model launch social media campaign, it was expected that the new Focus platform would receive some type of Social Media Marketing Model Launch initiative in a big way... Not to disappoint their growing legions of fans in the social web, Ford Motor Company has announced a program which will invite Facebook Fans of the Ford Focus model line to an inaugural test drive of the all new 2012 Ford Focus, which is positioned as a larger vehicle than the recently launched Ford Fiesta. Not only is the Focus a roomier small car than the Fiesta, it is also expected to be much more mass market in its appeal, thereby supporting production and sales volumes far higher than those projected for Fiesta.
The 2012 Ford Focus offers detailed craftsmanship, outstanding fuel economy projected at 40 mpg highway and a new standard for driving quality.

Ford will launch a reality show on Hulu to promote its critical 2012 Ford Focus compact car.

The show, Focus: Rally America, will have six teams of two competing against each other for the chance to win $100,000; the show is being produced by the same group that produces CBS’s The Amazing Race,... Read More

Ford Motor Company announced at the Paris Auto Show that the company is launching an initiative for the roll out of its next-generation 2011 Focus. The initiative targets digital influencers and the use of Facebook to launch the new Focus by creating a contest that ultimately puts up to $500,000 into various charities of its customers’ choice. Winners will be among the first in the world to drive the all-new Focus ahead of its arrival in European and North American dealerships in early 2011 – and raise money for their favorite charities in the process.

Basically, about 100 participants will be invited to travel to Europe to spend two days with the new Focus and share their experiences. And participants selected through the Facebook application process will receive the local-market equivalent of $10,000 for a charitable cause, with up to $500,000 in contributions handed out throughout the world.

Those applying will be asked to submit a video clip to the Focus Facebook page explaining why they should be selected to participate in the event and how they might “Start Something More” with a charitable cause in their community with a donation from Ford.

“The Global Test Drive gives us an opportunity to reach out to consumers around the world and involve them in the launch of our new Focus while giving to their local charity,” said Jim Farley, Group Vice President, Global Marketing, Sales and Service. “We’ve learned through our previous social media initiatives that turning the brand over to consumers early on helps build awareness and interest in the product.”

Applicants will be asked to submit a video clip to the Focus Facebook page explaining why they should be selected to participate in the event and how they might “Start Something More” with a charitable cause in their community with a donation from Ford.

Ford is inviting bloggers, social media mavens and Facebook friends to the first global consumer test drives of the all-new Ford Focus to share their experiences with friends and followers before the car hits dealers
100 participants from around the world will travel to Europe in early 2011 to spend two days discovering the all-new Focus and sharing their experiences
Participants selected through a Facebook application process will receive the local-market equivalent of $10,000 (USD) for a charitable cause, with up to $500,000 (USD) in total contributions around the world

PARIS, Sept. 30, 2010 – Ford announced today at the Paris Motor Show that it is inviting digital influencers – established and aspiring alike – to participate in the inaugural global test drive of the next-generation Ford Focus. Winners will be among the first in the world to drive the all-new Focus ahead of its dealership arrival in Europe and North America in early 2011 – and raise money for their favorite charities in the process.

The “Focus Global Test Drive – Start More Than a Car” program is another concrete example of Ford’s ongoing commitment to involve customers in the product development process and encourages them to tell the Ford story.

Beginning shortly after the Paris Motor Show and continuing during the next few months, test drive applications will be accepted to attend this first-of-its-kind event via Facebook on the “Global Drive” tab at

“The Global Test Drive gives us an opportunity to reach out to consumers around the world and involve them in the launch of our new Focus while giving to their local charity,” said Jim Farley, group vice president, Global Marketing, Sales and Service. “We’ve learned through our previous social media initiatives, that turning the brand over to consumers early on helps build awareness and interest in the product.”

Applicants will be asked to submit a video clip to the Focus Facebook page explaining why they should be selected to participate in the event and how they might “Start Something More” with a charitable cause in their community with a donation from Ford.

Each driver will be awarded the local-market equivalent of $10,000 (USD) for a charitable cause, with up to $500,000 (USD) in total contributions around the world.

Participants will be chosen based on a combination of their reach in social networks, content creation skills and volume of “likes” generated, among other factors. Ford also will invite established bloggers and online influencers.

“We’ve applied lessons learned from our Fiesta launch in China and the Fiesta Movement in the United States, where 100 Ford Fiestas were given to social media influencers to drive for six months to develop this unique approach. The global reach and power of 500 million Facebook members and online influencers is amazing,” added Farley.

The Focus Global Test Drive event will be held in early 2011 in southern Europe. Behind-the-wheel activities will be designed to give the participants an early yet comprehensive look at the next new car from Ford in fun and unusual ways. Participants will be asked to capture and document their experiences for sharing within their individual social network spheres.

Further details are available at

The five-week program, Focus Rally: America,begins taping in February and will be streamed on Hulu. The program will capture the vibrancy of the Fiesta Movement but with the added element of a real-time reality show.

The rallywill feature six teams of two people competing against one another to complete tasks in a challenging cross-country road rally adventure to win a $100,000 grand prize plus 10 new Focuses for fans and supporters of the winning team.

“We are so excited to be involved in this groundbreaking series,” said Doganieri. “There are two key elements to this series: first, the interactive element, which is designed to engage viewers throughout the rally and encourage them to participate in the challenges; and second, the real-time twist where consumers have the ability to follow their favorite team in the digital space. We’ve enjoyed collaborating with Ford on this project and feel the end result has the potential to be a real game-changer in the reality world.”

Long- and short-form webisodes will stream on Hulu five times a week. Additional content will be generated by participants, giving fans and supporters a glimpse of what is going on behind the scenes in real time across various social media platforms including Facebook, Twitter and YouTube. Content also will be posted at www.focusrally.com.

“We learned a lot from Fiesta Movement, and by teaming up with the talented co-creators of The Amazing Race and Hulu, we saw a tremendous opportunity to generate excitement and awareness for the 2012 Ford Focus in a unique way,” said Matt VanDyke, Ford’s director of U.S. Marketing. “Ford has been in the original content space for a while, and we continuously look for opportunities to work with creative partners in a collaborative way. For us, this is a natural progression from integrating product into existing programs to creating our own.”

Consumers will be able to engage with Focus Rally: America in three ways: watching the show on Hulu, becoming fans and followers of the rally teams on Facebook, and actively playing along in challenges to support their favorite team.“Focus Rally: America is designed to give our audience an unprecedented level of engagement,” said van Munster. “Not only will viewers be able to follow along in real time, but followers will have the ability to impact the outcome of the game.”

As the vehicle that the competitors drive in the rally, the 2012 Ford Focus will be prominent throughout the program. Players will use the Focus’ class-leading new technology – such as Ford SYNC®, MyFord Touch™ and the Navigation System – to complete tasks and challenges.

“The technology available with the Focus will be demonstrated throughout the course of the rally,” said VanDyke. “And fans will see Focus’ technology used by the competitors in a very authentic way. Essentially, they will be riding along on a very entertaining virtual test drive of the vehicle. At the end of the day, we are hopeful they will put the new Focus on their shopping list.”

“We’re looking for people who want to have a once-in-a-lifetime cross-country adventure,” said VanDyke. “Like Fiesta Movement, we want people who are highly connected through social media and have a built-in group of fans and supporters. They also need to have a big personality and be entertaining on camera.”

People interested in participating can apply in one of two ways. They can submit an application online atwww.focusrally.com, where they will be asked to upload a video explaining why they would be the ideal candidate for the show. Or they can apply in person at auditions that will be held in 11 cities: Los Angeles, Tampa, Austin, Boston, Denver, Seattle, Chicago, New York, Houston, Orlando and Las Vegas.

The initial casting call schedule can be found at www.focusrally.com. Applications will be accepted through mid-November, and all finalists will meet with one of the show’s casting directors before the final cast is selected.

Focus Rally: Americawill start Feb. 1, 2011, and run for five weeks, leading up to the launch of the new 2012 Ford Focus in both North America and Europe. Fans who tune in to the show or visit their local Ford dealership will find the new Focus offers more affordable technologies and features than ever in the C-car segment.

About Ford Motor Company
Ford Motor Company, a global automotive industry leader based in Dearborn, Mich., manufactures or distributes automobiles across six continents. With about 159,000 employees and about 70 plants worldwide, the company’s automotive brands include Ford, Lincoln and Mercury, production of which has been announced by the company to be ending in the fourth quarter of 2010. The company provides financial services through Ford Motor Credit Company. For more information regarding Ford’s products, please visit 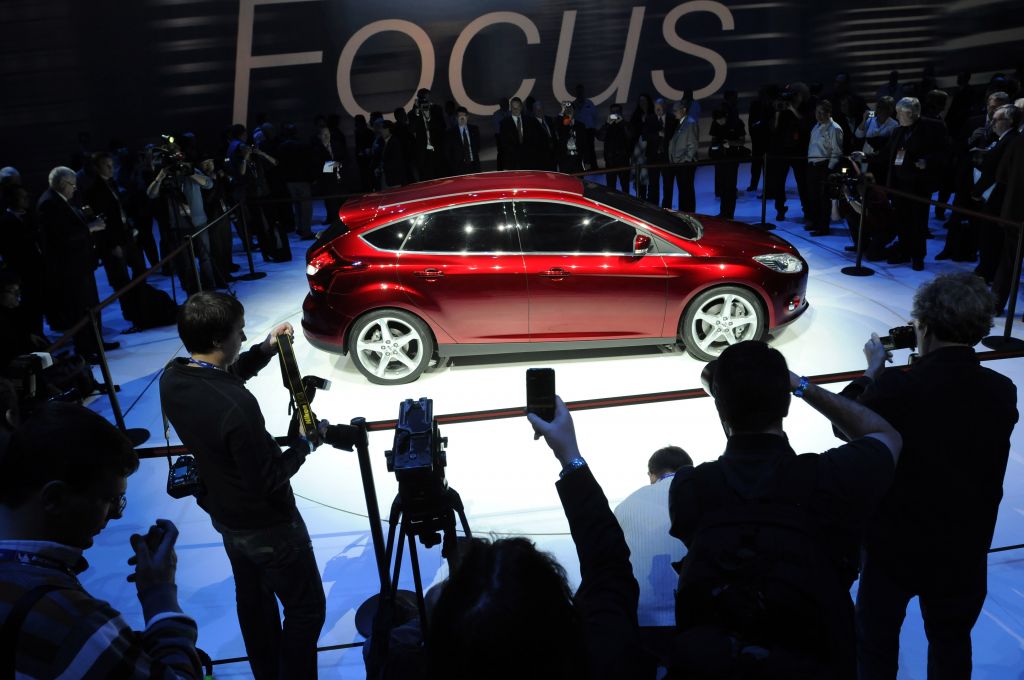 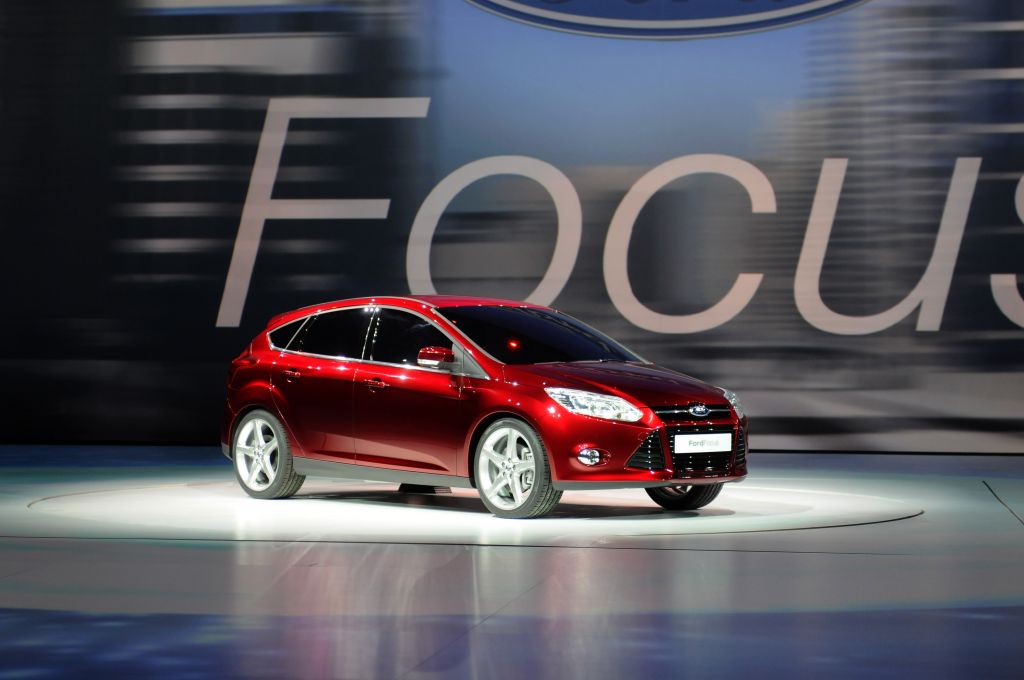 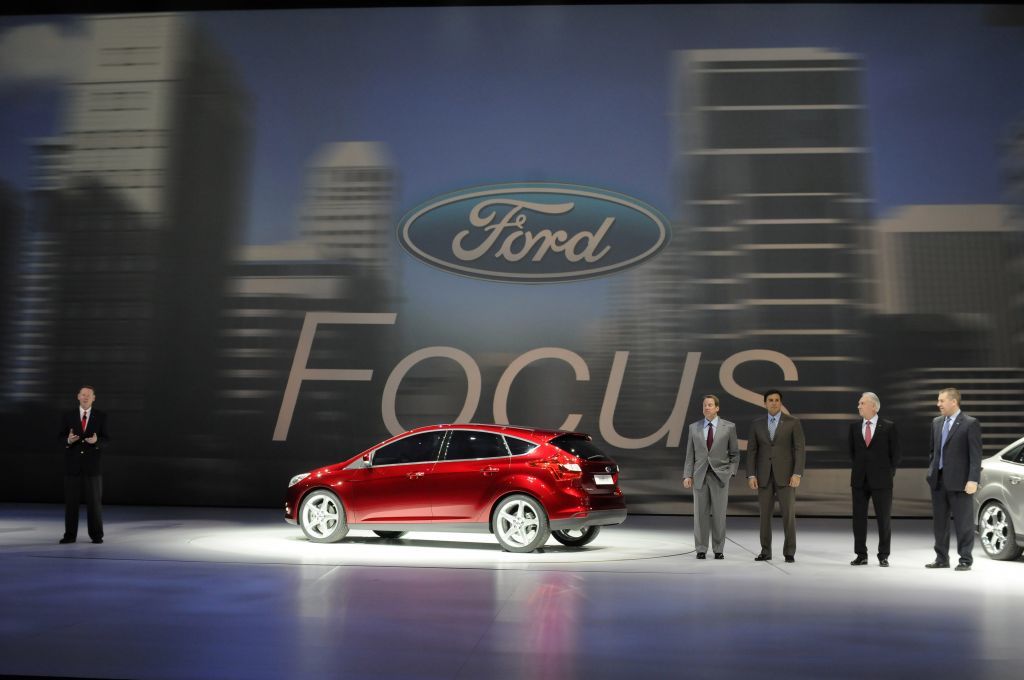 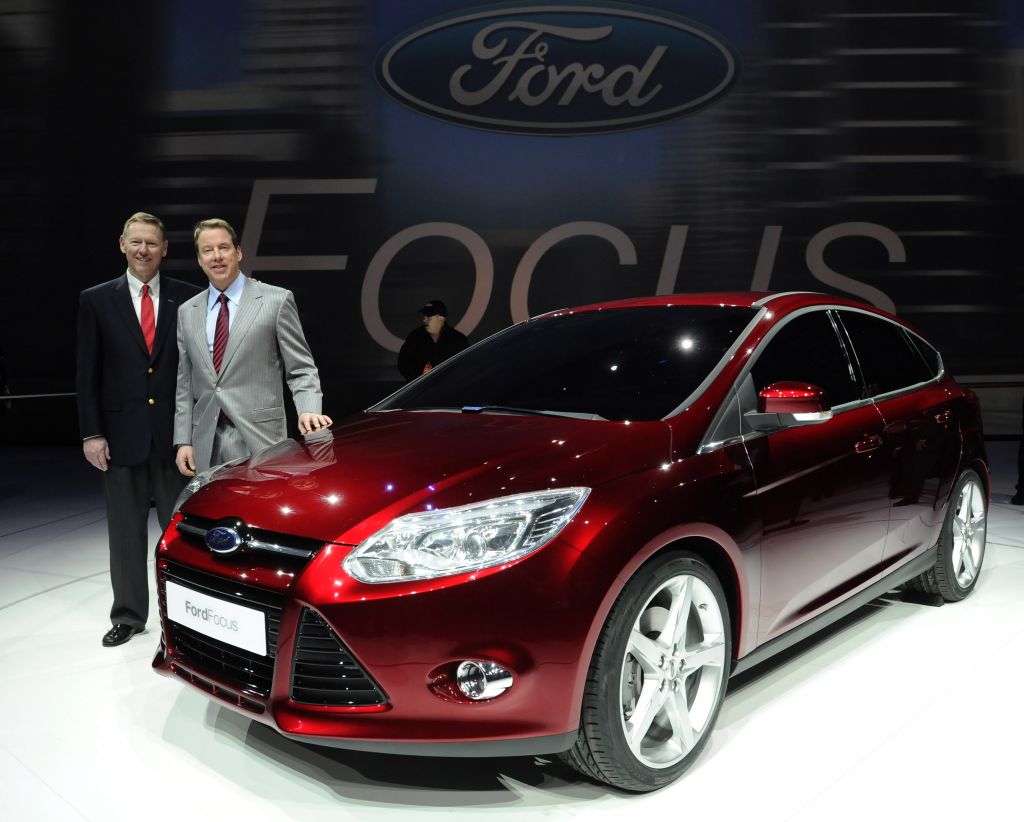