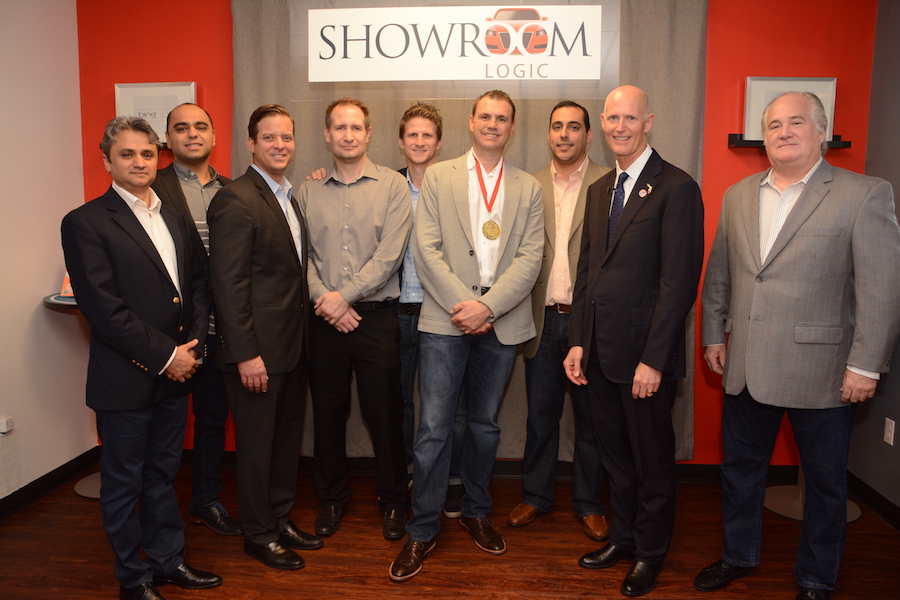 Gov. Scott praised Showroom Logic for choosing South Florida. “(Showroom Logic) could have gone to Texas…but what’s exciting today is that they chose Miami for their corporate headquarters and their future growth. They work with our higher education institutions; they work with CareerSource (Florida) because they want the best talent (and) because their clients expect a lot. You can tell they’ve got a lot of talent here."

“From our humble beginnings in 2009 when it was just two guys with an idea, we’ve certainly come a long way”, said Neal Gann, CEO of Showroom Logic. “We’d like to thank our clients and our amazing team for making all of this possible.”

Governor Scott’s visit comes days after Showroom Logic was named 2015 Google Customer Satisfaction Champion and received Google’s mobile award for clients’ mobile advertising performance. It was also named the fastest-growing company in Miami by Inc. In August, Showroom Logic was named to the Inc 500 list for the second year in a row, ranking #143.

Gary Marcotte looks like he is serving as the Governor's bodyguard...