Five Services that Could Become the ‘Instagram of Mobile Video’

Warning!  Some of these services can be highly addictive!  Take Viddy for example.  In preparing this post, I was surprised at how effective and uterly captivating the site's short-form clips can be.

So who might be able to break through in future? Here are five candidates who could have what it takes:

Though like Socialcam, Viddy’s numbers aren’t (as yet) at the mass adoption stage, I think it out of the two it has more potential.

Viddy’s 15 second format is sound for a number of reasons. It eats up less mobile bandwidth (and hence data costs) for one thing.

Finally, Viddy has now migrated to Android after being iOS only and has a number of celebrity users (Justin Bieber anyone?)

Not strictly speaking mobile video as such, animated gifs have developed a cult following and have also been used by the mainstream media to add colour to major happenings ranging from the Olympics to the Presidential elections.

One unique feature? The ability to splice together various video clips into one mobile video (unlike Viddy or Socialcam where the one video you take is the one you edit and share).

Like Strum (see below), Frameblast also makes a big deal out of the ability to add a music track on top of your clip.

Facebook itself paid Snapchat the ultimate compliment by (unsuccessfully) trying to directly copy Snapchat’s model of short, temporary video messages that self destruct after being watched.

Partially as a result of Facebook’s ‘poke’ app, the mainstream media has now woken up to the fair amount of adoption Snapchat is getting with teens and young adults (including questioning whether its a ‘sexting’ tool). 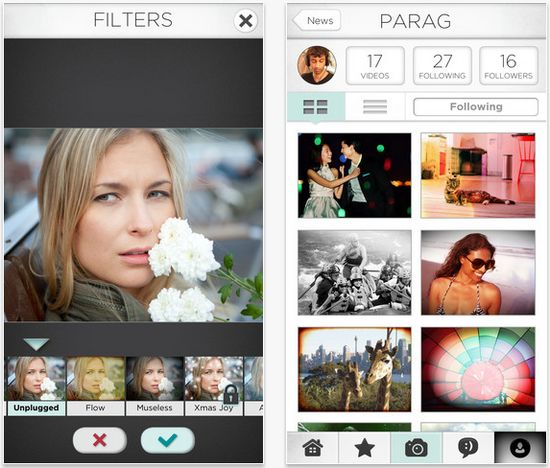 Smule, the developer of Ocarina, one of Apple’s all time top twenty apps, has taken the Viddymodel of 15 second video one stage further.

Essentially by adding music you turn your clip into a short home-grown music video.

Personally I think that by mixing 15 second video with social audio, Smule is onto a potential winner.

As a piece in Fast Company points out, the company has form - a track record of having seen 950 million pieces of music being created across 78 million devices through its existing music-related apps.

Finally, I haven’t included it in my main list, but don’t forget YouTube itself, which recently came out with an iOS app, Capture, lauded by the tech and social media press.

So what is the relevance of this post to the ADM community? Consider these stunning statistics:

(courtesy of Hubspot and Cisco)
So, how will your marketing plan translate into mobile video?  Knowing how to condense great content into sweet, short videos, perfect for mobile viewership is one actually one of our specialties.