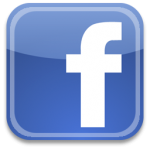 The Facebook video advertising strategy has been a topic of speculation for almost as long as Facebook has existed. Now Ad Age has reported that Facebook have been holding preliminary discussions with industry executives regarding the impending launch of a video advertising product in the first half of next year, which may take the form of 15 second spots that will appear in the news feed.

According to Ad Age’s Jason del Ray, who we should stress hasn’t been able to name his sources, Facebook’s video ads will play automatically, but — remarkably — the social giant is undecided about whether the audio component of the ads will also run on autoplay.

On the desktop version of Facebook, the video ads are expected to grab a user’s attention by expanding out of the news feed into webpage real estate in both the left and right columns — or rails — of the screen. Facebook is also working on a way to ensure that the video ads stand out on the mobile apps as well, though it is unclear how exactly the company will accomplish this. (Some details about the video-ad plans remain vague and could change as Facebook gets more feedback from clients).

While it’s important to stress that the product is still being developed and there are no clear answers, it’s going to be extremely interesting to see how video advertising on Facebook will play out. Here are some questions Facebook and the wider industry will have to consider:

1. How many brands will be willing to get on board with autoplay ads in the early days, when there’s a high risk of becoming embroiled in the community backlash?

2. Will Facebook really be able to convince brands to have their ads shown on autoplay ads, which are more commonly associated with sites featuring pirated content and torrent downloads?

3. How are the ads to be traded? If they’re to be sold through FBX, what will be the effect on video CPMs across the exchanges and video pricing in general?

4. How will the ads be priced and what will the user pay for? For example, if a user watches an ad without the sound, does the advertiser still pay Facebook?

5. Will video advertising be part of Facebook’s external ad network when it launches? Will it contribute to the rise of the 15 second spot?

6. Is an ad in a news feed going to be enough or will some brands push for more context and to have their ads shown against quality content? Might we see Facebook strike deals with video producers in the same way it has with news publishers, possibly bundling video monetisation as part of a deal? Or might Facebook produce content of its own?

Read the article in full here.