As Appeared in the June 2014 issue of Auto Dealer Monthly

Everyone knows how important the chain of command is in the military. But during battles, emergencies and other times of duress, it's not always possible to run decisions up and down the chain of command. This is why soldiers are empowered by something called the Commander's Intent. The military commander gives his leaders a clearly defined goal (the mission) and the forces needed to accomplish that goal, along with a time frame for when the goal must be accomplished. Then the leaders are free to execute that goal however they feel is best.

During D-Day in World War II, the commanders' intent (of Britain, Canada and the U.S.) was to secure key bridges, road junctions and other locations in Normandy that would allow the ground invasion forces to advance inland. The plan was executed but the air invasion went horribly awry; only 10 percent of paratroopers landed in their drop zones, troops could not be united into fighting units due to a shortage of radios and difficult terrain, and one of the airborne divisions failed to capture their assigned bridges. In fact, none of the Allied objectives were achieved on the first day as the situation became chaotic, but everyone on the ground knew what the Commander's Intent was and were committed to carrying it out. They improvised, changed plans and within a week the primary objective of connecting five bridgeheads was accomplished and the Allies held a united front more than 60 miles long.

In the business world, Commander's Intent can also be used to empower employees. At FedEx, CEO Fred Smith's (a former U.S. Marine Corps officer) intent is clear: get all packages to their destination in a safe, damage free, cost effective manner within the shipment period specified by the customer. So if a snowstorm prevents planes from taking off or shuts down a highway, the FedEx employees must adapt. They are empowered to re-route drivers, schedule extra planes in another city, and change schedules. They do not stand around and wait for approvals and wait to be told what to do. They know that "the truck broke down" is not an acceptable excuse for not delivering a package. Commander's Intent is their primary objective every day.

I have a Commander's Intent also. I sit down with every new hire and explain to them that Auto/Mate is and will always be the number one DMS in customer satisfaction. All of our employees know this, so when they are dealing with a customer's problem over the phone or on site, they know they are empowered to solve the problem, take care of the customer and do whatever it takes to keep the customer happy. Whatever their job title, that is their primary job objective every day.

Do the employees at your dealership know what their Commander's Intent is? Dealers like to focus on process improvement, but what is the ultimate goal for improving your processes? Commander's Intent is a concise expression of the purpose of the operation, not an explanation of how the operation should be carried out. I am a big fan and believer in the benefits of process improvement, but only if the people who are following the process know why they are doing so. What is their ultimate goal? Is it to make their manager happy or to make the dealer as much money as possible (neither of which are motivating Commander's Intents), or is it to play an integral role in helping your dealership achieve a desired customer retention rate, or to achieve a reputation of being one of the best places to work, or to be a respected business in your community?

In the military, Commander's Intent is an important leadership philosophy that encourages all decisions to be devolved to the lowest possible level, so that front line soldiers are allowed to exploit opportunities that develop (within guidelines of course). Do the employees at your dealership have leeway to achieve their objectives? Empowering employees with Commander's Intent is a simple way to accomplish goals and keep your customers happy. 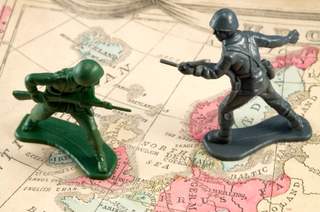