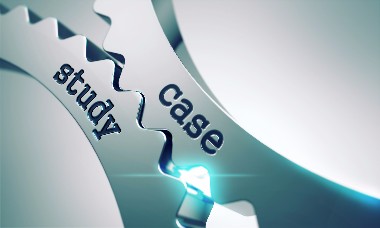 "ELEAD1ONE does a wonderful job of taking care of our customers," said Fred Bartholomew, Fixed Ops Director for the Gettel Automotive Group. "Their call center agents are provided with scripts and training, providing a consistent experience to our customers day in and day out, which is important."

Eight years ago Bartholomew spearheaded efforts to improve the customer experience across all of Gettel Auto Group's service departments. The first step was to ensure that customers' inbound calls were being answered. "Our dealerships then were similar to a lot of others; the calls were not well managed. It was difficult to get through to people or customers were put on hold, sent to voice mail or the phones just rang," said Bartholomew.

To address the problem Bartholomew created an internal call center just for answering inbound service calls. Over the next seven years Gettel's call center grew from four employees to over a dozen, plus a full-time manager.

"I really liked what we did, but it was very expensive," said Bartholomew. "Among agents, there is a fair amount of turnover and training required, so we had to pay for a good manager. Then there's the cost of all the IT issues associated with doing it yourself."

In 2016 Bartholomew heard about an inbound call center service offered by ELEAD1ONE. He visited the call center, watched the agents in action and decided to make the switch. "I honestly hated to close our call center down, but ELEAD1ONE can provide economy of scale that we could not compete with internally," said Bartholomew.

The inbound call center is one of several initiatives that Bartholomew implemented that has improved the service customer experience in the Gettel Automotive Group. He says the improvements have resulted in a 15 percent same store, year-over-year increase in fixed ops gross for the last eight years.

Another initiative Bartholomew implemented to improve the customer experience was service advisor training. With far fewer calls coming into the service department, the Gettel Group's service advisors are interrupted less, have more time to pay attention to the customers in front of them, and can be proactive about the things that generate more revenue. "Skilled advisors should not be spending their time setting appointments; that's an administrative task," said Bartholomew. However he does encourage his advisors to make important calls such as answering customers' questions and notifying them when their vehicle is ready for pick up.

Of an average monthly 7,200 inbound calls to Gettel Automotive Group's service departments, ELEAD1ONE's call center agents set more than 5,000 appointments for a 70 percent appointment rate. Another 18 percent of inbound calls are transferred to a specific advisor or flagged as requiring an immediate call back, and 12 percent of calls are transferred to other departments in the dealership. Additionally, call center agents send appointment confirmation emails and follow up on missed appointments, helping to maximize shop capacity.

The significant reduction in call volume has resulted in less tension in the service drive. At first Gettel's service advisors were reluctant to give up control of setting appointments, but quickly realized their fears of losing customers were unfounded.

"Our advisors love it," said Bartholomew. "They used to get overwhelmed with constant interruptions and call backs. You can really see, feel and hear the difference now in their attitudes. They are less stressed and that shows in the way they deal with customers."

Another way the call center contributes to a better customer experience is that now appointments are set based on customer preference, not on advisor preference. When service advisors set their own appointments they may tell a customer that Saturday is not possible if they are not planning to work that day, or that 3:00 p.m. is the last available time because they want to go home early.

"ELEAD1ONE doesn't care who the appointment is for or, if it's at 7:00 a.m. or 4:00 p.m., they are unbiased," said Bartholomew. "Our workflow is more even and consistent, and our early evenings, Saturdays and Sundays got much better."

Additionally, the call center agents are trained to conduct surveys and collect customer email addresses. In February 2017 Gettel Automotive Group purchased a Toyota store, which happened to have a dismal 51 percent email capture rate in the service department.

"In five months that increased 15 percent to a 66 percent email capture rate," said Bartholomew. "That's still not ideal, we like to be above 90 percent, but in a short amount of time that's a great improvement."

Email capture rate is critical because it's an easy and cost-effective way to communicate with customers, and email marketing is an important part of Gettel Automotive Group's customer retention strategy.

"Service advisor training plays a key role too, but it's impossible for advisors to be proactive when they are always stressed about having to return calls and feeling like they are behind," said Bartholomew.

ELEAD1ONE, the benchmark in automotive software, helps dealers bridge the gap between sales, service, and marketing operations. The company’s automotive-only contact center, CRM, and service drive technologies are the foundations of their unique suite of products that drive its clients forward through strategic business advantage. Headquartered in Georgia, ELEAD1ONE has over 1,500 employees nationwide and serves more than 8,000 dealerships across the United States and Canada, including six of the top ten dealer groups.