Car shopping destination Edmunds.com today released its January 2016 new car sales forecast, which predicts that 1,143,839 new cars and trucks will be sold in the U.S. in January for an estimated Seasonally Adjusted Annual Rate (SAAR) of 17.5 million.

The projected sales would be a small decrease from January 2015, but would still deliver a healthy SAAR to kick off the new year. 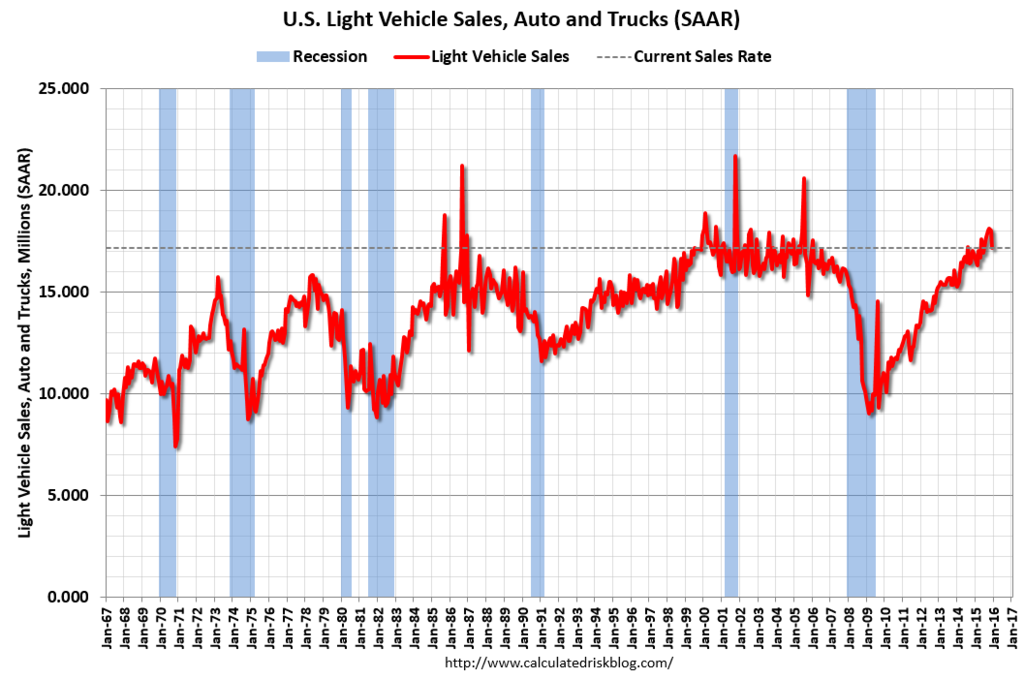 Additional details are contained within the Edmunds.com press release shown further below.

If any ADM Professionals have questions about the forecast, or if you'd just like to have a conversation with the Edmunds.com Director of Industry Analysis, Jessica Caldwell, please reach out to her by email at pr@edmunds.com or call her at 310-309-4900.
Best wishes for a prosperous 2016 from Aaron, Jeannine, Allie and the entire Edmunds.com PR Team!

SANTA MONICA, Calif. — January 28, 2016 — Edmunds.com, the premier destination for car shopping, forecasts that 1,143,839 new cars and trucks will be sold in the U.S. in January for an estimated Seasonally Adjusted Annual Rate (SAAR) of 17.5 million. The projected sales will be a 30.2 percent decrease from December 2015, but only a 0.5 percent decrease from January 2015.

“As expected, Winter Storm Jonas limited car sales from reaching their full potential, especially for import brands, which are traditionally popular in East Coast markets,” said Edmunds Director of Industry Analysis Jessica Caldwell. “But weather factors aside, this was still a pretty good month for car sales. The January sales rate typically falls on the low end of the curve every year, so if historic patterns hold we’re off to a healthy start for 2016.”

Edmunds.com estimates that retail SAAR will come in at 14.1 million vehicles in January, with fleet transactions accounting for 19.5 percent of total sales. An estimated 3.05 million used cars will be sold in January, for a SAAR of 38.5 million (compared to 2.6 million – or a SAAR of 37.9 million – used car sales in December).

More insight into recent auto industry trends can be found in Edmunds.com’s Industry Center at http://www.edmunds.com/industry-center/.

About Edmunds.com, Inc.
Car shopping destination Edmunds.com serves nearly 20 million visitors each month. With Edmunds.com Price Promise®, shoppers can buy smarter with instant, upfront prices for cars and trucks currently for sale at 10,000 dealer franchises across the U.S. Shoppers can browse not only dealer inventory, but also vehicle reviews, shopping tips, photos, videos and feature stories on both Edmunds' wired site and on its acclaimed mobile apps.  Regarded as one of the best places to work in Southern California, Edmunds.com was also named one of “The World's Top 10 Most Innovative Companies of 2015 in Automotive” by Fast Company. Edmunds welcomes all car-shopping questions on its free Live Help Line at 1-855-782-4711 and help@edmunds.com, via text at ED411 and on Twitter and Facebook. The company is based in Santa Monica, Calif. and has a satellite office in downtown Detroit, Mich., but you can find Edmunds from anywhere on YouTube, Pinterest, LinkedIn, Instagram, Google+ and Flipboard. 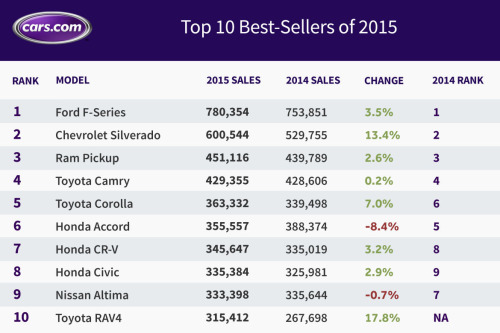