Does Recall Non-Compliance Leave Your Dealership More Liable & At Risk? 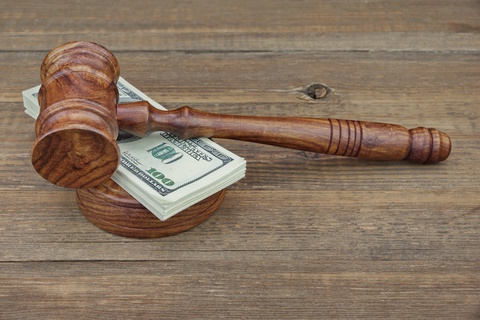 There’s no question – the recall crisis is eroding the confidence consumers have in vehicle safety. Every day, we hear of more vehicles being recalled for various reasons. If nothing else were to get recalled, we’d be looking at an “estimated” completion date of around 2020. That’s assuming the parts to fix the recalls aren’t themselves recalled -- as was the case when TRW stepped in to manufacture airbags to replace the faulty Takata ones. Dealerships are getting swamped with recall work and are currently unable to handle the shop capacity. Consumer confidence is low, and only going to get lower if our industry doesn’t take steps now to fix these issues. But what’s being done about it?

According to the Federal Motor Vehicle Safety Act, it is illegal to sell a new car with an open recall on it. However, just last week the NHTSA settled with an Arizona car dealership that sold two new cars with open recalls two years ago. The fine? $40,000. This could be precedent setting and an indication of heavy fines in the future for selling vehicles with open recalls. Heck, if the fine for calling someone on the “Do Not Call” list is $10,000 per incident, I could easily see the fine for selling a new car with an open recall being set at $20,000-- or even more!

While many dealers do follow best practices and wouldn’t intentionally sell a new car with an open recall, think about how easy it could be to do so accidentally. That unit which sat on your lot for a while, that hasn’t been looked at by service since it was PDI’d three months ago, finally gets sold and driven off the lot. It’s very easy to see a situation where there was an open recall for that car that came into effect between the dealership receiving it and selling it. I’ve yet to hear of a “Does this vehicle have any open recalls?” checkbox on a dealer’s delivery checklist. Perhaps it would be wise to include a measure similar to this, as $20,000 per incident could get expensive.

Manufacturers are now stepping in with stop sales on some models, which bar dealers from selling these vehicles (which is good). Many times in the past, manufacturers have stepped in to assist dealers when liability issues have arisen and lawsuits filed. Now, manufacturers are seeking to remove themselves from liability and basically telling dealers that, if they sell the cars, they will have to face any consequences on their own.

Dealers, on the other hand, can’t simply sit on inventory indefinitely. For their used vehicles, some dealers have taken to asking customers to sign waivers that release the dealership from any open recalls. They may need to start doing something similar with new cars as well -- unless they run a recall report on the new vehicle immediately prior to delivery.

And, while all of the above chaos is going on, in order to continue to be profitable, manufacturers still need to manufacture new vehicles. Dealerships need to get those cars from the manufacturers so they have something to sell. How does all of this happen with a lack of parts availability and scarce airbag inventory? Some manufacturers, with regulator’s blessings, continue to install Takata airbags in new vehicles – yes, the ones rolling off the assembly lines right now. While they realize that these very same vehicles will need to be recalled in the next five years to have those airbags replaced, the justification is that it is a temporary measure, due to a shortage of replacement parts. Five years from now, replacement airbags will be available and the problem alleviated.

If the extent recalls are already a problem for the automotive industry is not obvious to all parties concerned, it will soon become even more so, and something that will be impossible to ignore.

How do we, as an industry, work together to ensure that the vehicles we make, sell and send our customers out on the roads with – the same exact cars that we drive with our families – are safe? The solution won’t be easy. Before we can ever fix this, it will take effort, innovation and a true commitment to solving this problem from everyone in our industry.