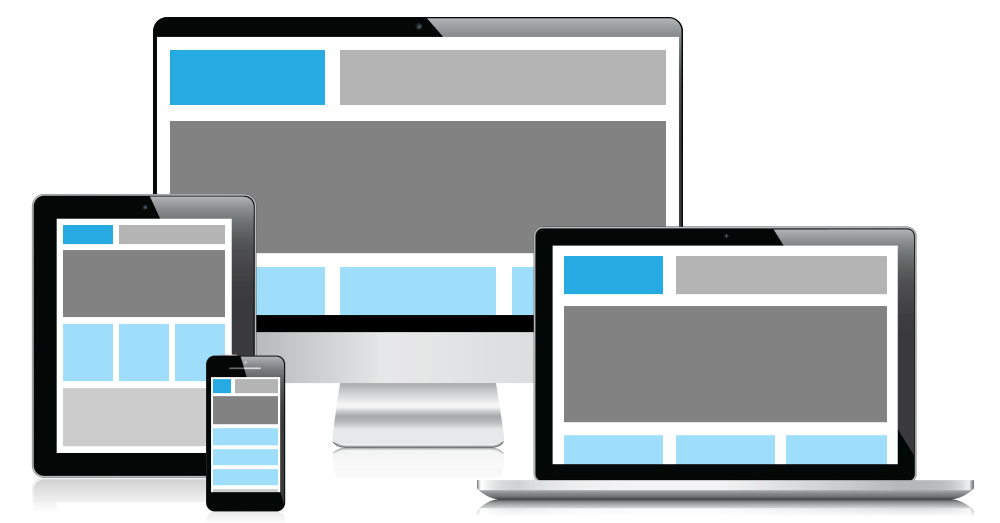 You go with what you've got. That's a common theme and really a best practice in the automotive industry. Agencies and vendors are often forced to make these types of choices. We see it all the time. In other words, if a vendor has Website Platform A and someone is considering Website Platform B, it's natural for them to promote the benefits of their platform while describing the negatives associated with their competitors' platforms.

There has been a lot of debate over the last year about responsive, adaptive, mobile, and non-mobile websites. Responsive is being adopted faster than the others in our industry as well as most others. For this reason, it has become the target of some myths, rumors, and occasionally outright attacks on it as a best practice. Again, I understand. If you're selling something that isn't responsive, you're naturally going to stir up things about it.

I wanted to take a moment to dispel some of the myths that we hear from time to time.

No platform, style, strategy, or philosophy is perfect, but some of the things I've heard other vendors saying abour responsive are flat out wrong. Here's some of them...

"Responsive Is Not Good For SEO"

We'll start with the most peculiar rumor. If ever there was a scare tactic that was the exact opposite of the truth, this is it. Google and Bing have both publicly acknowledged that responsive website design is an easy way to cover all of the basic needs required for search engine optimization.

Responsive websites have cross-device consistency for all pages. In other words, a URL that they serve in their searches will work when clicked from any device. This is a big deal to the search engines because they do not want to serve listings that only work on some of the different devices. Google is currently dumping rankings on websites that do not adopt this philosophy.

Just as important is the fact that content on a responsive website stays pretty much the same on all of the devices as well. There should be slight differences between devices; you wouldn't put a click-to-call button on a desktop rendering of a page, for example. The rest of the important content on the page stays the same and is present whether you're viewing it on a 22" desktop monitor or a new 1" smartwatch.

"If Google REALLY Loved Responsive Websites, Then Google.com Would Be Responsive"

Google is not selling cars. They're pushing searches. They are embedded in app form on over half of the devices we all use. Just because their website isn't responsive doesn't mean they don't like it. I won't speak for them, but I would be willing to bet that if Google owned a car dealership, they would make the website responsive.

"Responsive Is Too Slow"

This is actually true... for some responsive websites. Compression techniques and content serving strategies are necessary to make sure a website is able to load quickly even on slower internet connections.

Many of today's responsive dealer website providers aren't doing this part well. It requires a full understanding of responsive to do it right, which is why we've spent so much time and effort continuously improving our platform to make it fast for both the search engines as well as for the website visitors themselves.

Flash was a coding platform. Responsive is a coding style.

Flash has an antiquated base. Responsive is the modern and ongoing model.

Flash was built for a desktop-only world. Responsive is specifically designed for a world that is growing increasingly mobile.

Comparing Flash websites to responsive websites is like comparing 8-track tapes to digital downloads. I'm not saying that responsive design will never be obsolete, but it is still in the middle of its upswing and it has no real competitors on its tail.

Don't take my word on all of this. Research opinions on responsive websites on your own from automotive and non-automotive experts. Website providers will always try to punch holes in a service that isn't their own.

Responsive is definitely the way to go but I already see dealerships making that a check box. Just like the huge differences that exist in the adaptive world, those same differences exist in the Responsive world too. If I were making the decision I would be talking to dealerships that already made the change and find out what they learned throughout the production process and once the site was live.

Tyson, you won't hear me argue with the point you made... I agree. just makes articles like this one all the more important to read from a desire to understand.

Thanks guys...hopes this answers some questions for folks that needed to know :)

I don't know, Ralph. I think it might be the other way around - vendors are hesitant to talk about responsive for the same reason you mentioned.

Thank you for an insightful and clear explanation about a topic far too many digital marketing pros hesitate to ask about out of fear of looking stupid...