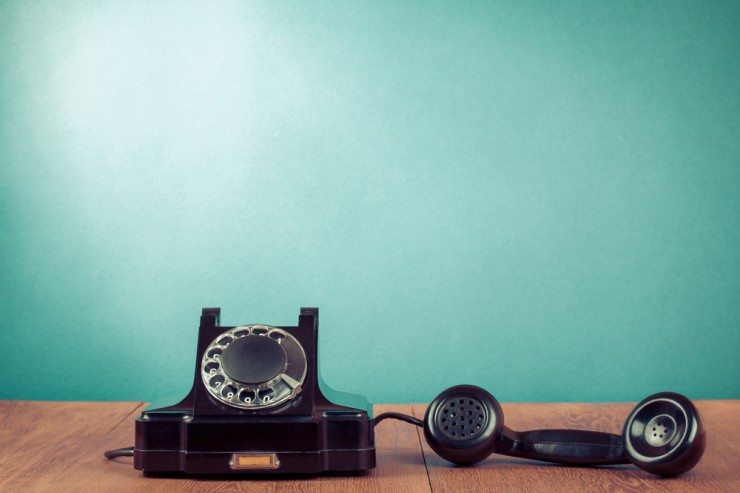 Westlake Village, CA – March 1, 2016 – A new survey of dealerships from CallSource shows that dealers are still ignoring their ringing phones, despite the fact that the majority (89%) report that inbound calls to their dealerships have increased, with nearly 50% seeing an over 15% increase within the last year alone.

Have Inbound Sales Calls Increased at Your Dealership?

While the vast majority of dealers surveyed (89%) agree that having a comprehensive process for handling in bound calls is important, only 40% are confident they are managing incoming calls effectively. And nearly 1/3 of dealers believe they lose 1 in 5 sales calls to a competitor.

How Many Call Opportunities are Lost to Competitors?

Despite uncertainty over their call management processes, nearly a third of dealers surveyed believe they convert 21-49% of inbound calls into appointments, yet CallSource internal data shows that the average call-to-appointment ratio is more like 8%.

“Smartphones are changing the landscape of auto sales – driving record numbers of phone calls to the dealership and resulting in a sharp decline in incoming email leads. This means there needs to be a fundamental shift in how dealers value their sales teams’ phone skills,” said David Greene, VP CallSource Auto Division. “This survey shows that there is clear disconnect between what dealers think is happening on their phones and what is really going on - if they were setting as many appointments as they believed, their performance would outshine the highest performing dealers we’ve ever seen.”

A previous CallSource study[1], showed that over eighty percent (84%) of a dealership’s inbound sales calls don’t ultimately convert to a sale. However, the analysis also revealed that top performing dealers can reach over 33% call-to-sale ratios.

“For every four sales appointments set, a dealer typically converts at least one into a sale, averaging about $2,200[2] in bottom-line profit for a new car sale,” said Greene. “This means for every four or five mishandled incoming calls, a dealer is potentially losing not only $2,200 in profit but also forfeiting the marketing spend that went into driving that consumer to their phones in the first place.”

Despite their inflated assumptions about call-to-appointment setting ratios, the survey also revealed that a full three-quarters of dealers believe that more training and focus on call handling skills would deliver greater ROI on their marketing spend.

“These days, with smartphone’s ‘click to call feature,’ more calls are streaming in than ever before. We have a few seconds to make or break a customer relationship,” says CallSource customer Casey Jenkins of Jenkins & Wynn Ford Lincoln Honda. “There is zero need to spend money marketing our services, if we can’t communicate professionally or convert a call to a customer transaction via the phone.”

Consumer reality dictates personal attention through-put.  If it is there from the get-go and throughout magic happens.  If, if, if call centers or BDCs are going to prove to improve there value, it is working in complete synergy with individual sale professionals [or Personal Brands as we refer to them].  We know the definition of insanity.  We must synergize a customer with a human being [Personal Brand of Business]from the get-go to maximize trust and loyalty.  When the purpose is to cause the earning of loyalty from the first hello, a Personal Brand of the Business that will be there with them throughout is mandatory today.