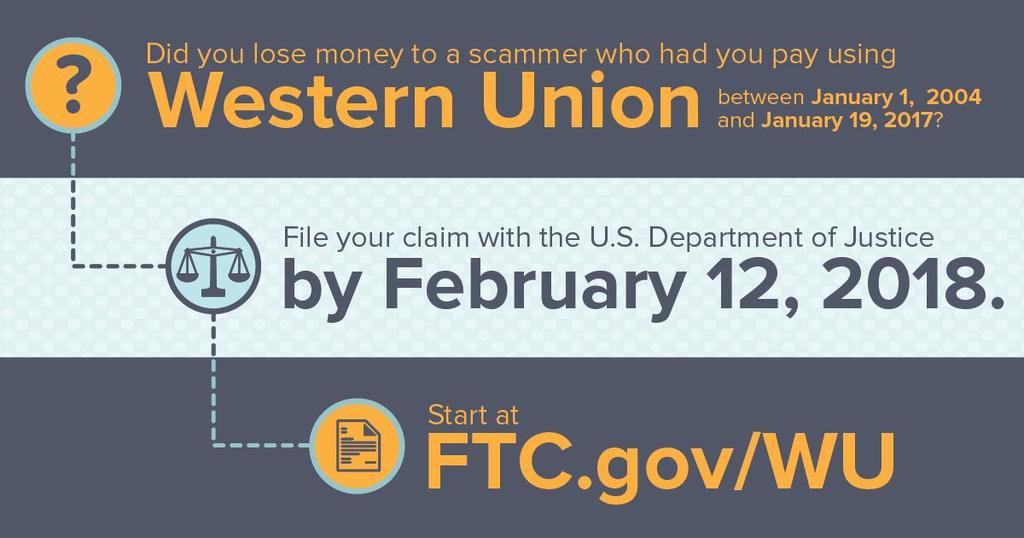 Recover Money Sent by Western Union, Thanks to the Department of Justice

With such a wide range of years covered, any person or dealership that had money stolen via sending a Western Union Money Transfer can get the stolen money returned by participating in the Western Union Remission program. It's actually pretty easy, when you use the website, the DOJ's system tells you how much Western Union records show you or your business sent. You will need your dealership's Federal Tax ID Number and/or your social security number, but if you ever got ripped off and you sent the money to the perpetrator via Western Union, then its worth the small effort it takes... I did it.

Here are a few choice quotes from Federal Prosecutors:

“As this case shows, wiring money can be the fastest way to send it – directly into the pockets of criminals and scam artists,” said Acting Assistant Attorney General Bitkower. “Western Union is now paying the price for placing profits ahead of its own customers. Together with our colleagues, the Criminal Division will both hold to account those who facilitate fraud and abuse of vulnerable populations, and also work to recoup losses and compensate victims.”

“Western Union owes a responsibility to American consumers to guard against fraud, but instead the company looked the other way, and its system facilitated scammers and rip-offs,” said Chairwoman Ramirez. “The agreements we are announcing today will ensure Western Union changes the way it conducts its business and provides more than a half billion dollars for refunds to consumers who were harmed by the company’s unlawful behavior.”

“The U.S. Attorney’s Office for the Middle District of Pennsylvania has a long history of prosecuting corrupt Western Union Agents,” said U.S. Attorney Brandler. “Since 2001, our office, in conjunction with the U.S. Postal Inspection Service, has charged and convicted 26 Western Union Agents in the United States and Canada who conspired with international fraudsters to defraud tens of thousands of U.S. residents via various forms of mass marketing schemes. I am gratified that the deferred prosecution agreement reached today with Western Union ensures that $586 million will be available to compensate the many victims of these frauds.” 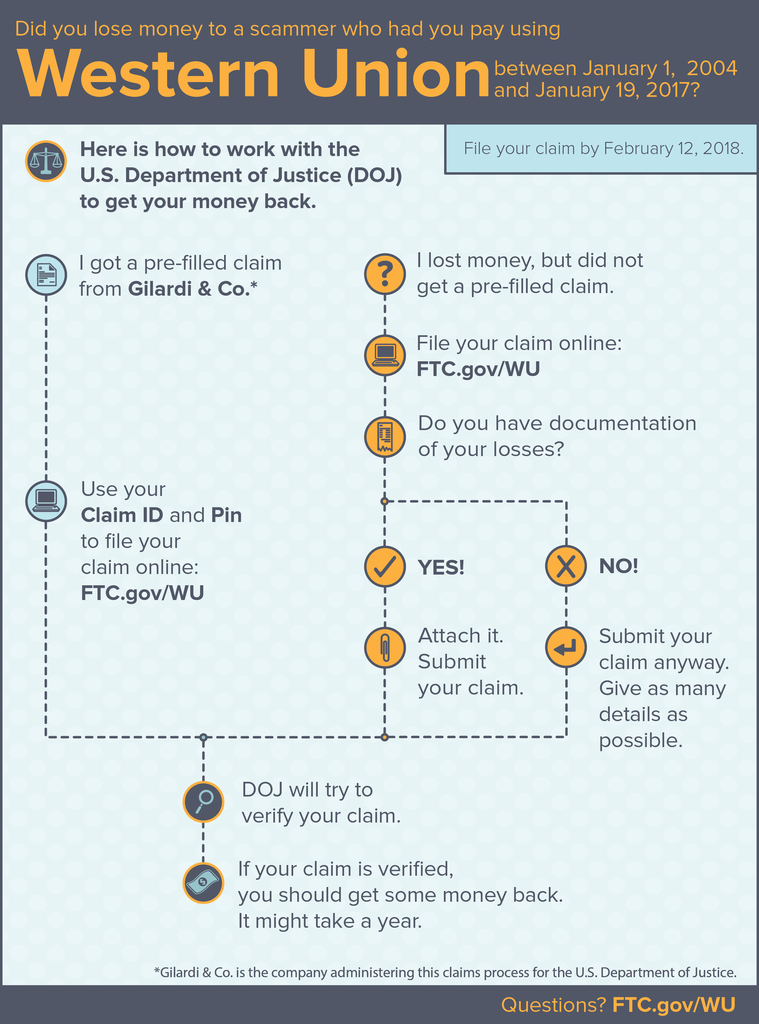 SHOWN BELOW IS A SCREEN CAPTURE FROM THE WESTERN UNION REMISSION HOME PAGE that is linked to the form page where you can submit a petition for remission: 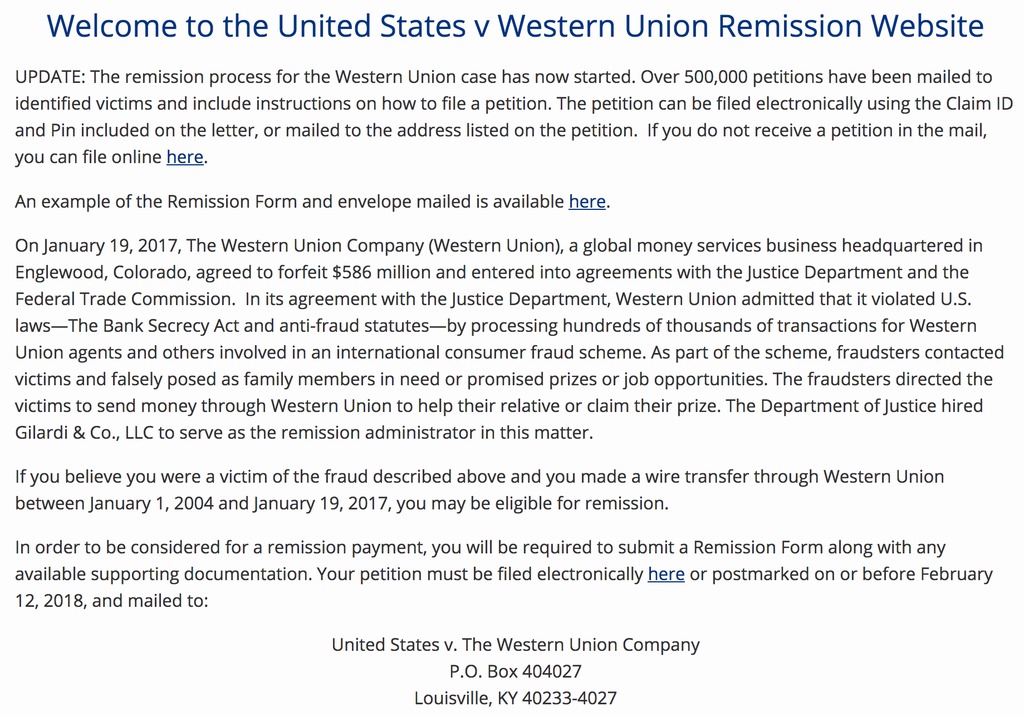