Choosing the Right Motor Oil: Why Does its Quality Matter? 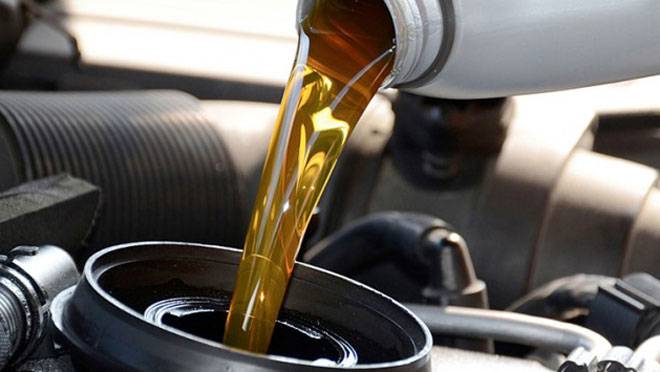 Motor (or engine) oil is crucial to keep your engine in the best condition.

However, not all motor oils are made equal. Choosing the wrong one for your car or truck can leave your engine without the right protection and lubrication, affecting its performance over time.

How can you tell the difference between one type of motor oil and another? Why does its quality matter? Let’s take a closer look …

The Power of Good Motor Oil

Motor oil’s main job is to prevent your engine’s metal surfaces from grinding against each other, which ultimately causes them to wear down over time.

How does it do this? It forms a film of oil between different components and helps to disperse the heat generated when the engine’s running for long periods. Certain kinds of motor oil can protect your engine against the build-up of dirt and other elements (such as sludge).

Motor oil of a high quality has the power to combat oxidation and reduce corrosive acids. A good oil will offer longer performance than a less effective one too, reducing the frequency with which you need to top it up.

Mineral oil is made from refined crude oil, after being treated to remove unnecessary elements. Generally, mineral oils will be of a lower quality than synthetic alternatives, as their molecules’ size is inconsistent. As a result, mineral oils can generate more friction, which affects the rate at which it passes through the engine – ultimately decreasing its efficiency.

What about synthetic oils? These are produced through a more scientific method than mineral oil, which lends the finished oil greater consistency in the size of its molecules. The benefit of this is that the oil moves around the engine faster and more smoothly when it’s first started, even if its temperature is cold.

Another advantage of synthetic motor oils is that they provide higher resistance to heat.

How Does Viscosity Affect Quality?

Viscosity is another aspect of motor oil you have to focus on before you buy.

This relates to the oil’s density or thickness – water, for example, has low viscosity, while something like cream has higher.

Why does this matter? Because if your oil is too thick, it won’t circulate through your engine if the temperatures are too low. On the other hand, if your oil runs too thinly once the engine starts to generate more heat, it simply won’t protect the engine’s components as it should, leading to quicker wear and corrosion.

When browsing motor oils, you should pay attention to the different numbers assigned to each one. These denote the oil’s viscosity at specific temperatures, though many manufacturers today offer multi-grade oils that can retain effective viscosity at a broad range of temperatures.

Multi-grade motor oils will have two numbers (0, 10, 25 etc.), and a ‘W’ symbol. The number before the ‘W’ corresponds to the starting temperature in winter, while the second number (after the ‘W’) refers to the viscosity levels when the engine’s at high temperatures.

Oils with a higher second number will stay thicker as the heat increases, which will affect how quickly it circulates and how effectively it protects your engine.

Finding the right motor oil for your vehicle can be daunting, but it should be easier now you know more about them. Newer cars tend to favor lower viscosity, though even in older vehicles, synthetics are a superior option to minerals. Many online retailers of motor oil provide in-depth search tools that let you match the make and model of your vehicle to their different oils.

At P&P Towing, we’ve seen drivers’ engines fail or components wear down faster than they could have otherwise because the wrong motor oil was used. Our towing services helped them get their vehicle off the road safely, but we always advise you to do your research to ensure your engine has the utmost protection against similar situations.