Cash For Clunkers - Looking for a big bargain on a new car or truck? You might be out of luck. 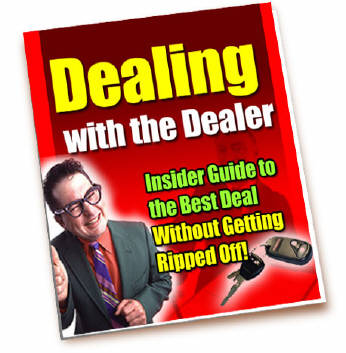 When Steve Bogomilsky's lease was up on his GMC Yukon, he presumed dealers would be willing to offer him a monthly payment substantially less than his current $654. Instead, the dealer wanted $1,300 a month for the identical vehicle, more than twice what he was already paying. "It was a blatant rip-off," says the Miami resident. "A company that's falling apart in bankruptcy should be trying to figure out major incentives to get cars out of dealerships and sold to people who want to be in them."

Consumers who thought they'd be able to purchase a car at a fire-sale price from struggling auto companies have been in for a rude awakening lately. As manufacturers cut production, making for leaner showroom inventories, there's less of a reason to give those cars away for the low prices that were seen last winter. "Consumers are expecting to walk in and name their price, but that's not really quite the way it is," says Brian Gluckman with AutoTrader.com.

Why? According to Gluckman, the scaled back production on SUVs and trucks, along with a slight dip in oil prices, means that bigger—and still popular—vehicles like the GMC Acadia, Ford Flex, Ford Explorer, and Jeep Wrangler are in short supply. The average price on his site for a Ford Explorer was $31,697 last June; now it's $34,245, a big hike for an aging model. The Chevrolet Tahoe averaged $45,156 last June; today a similar model is running on average $4,000 more. "The demand is there, so dealers are marking up the prices on those cars," says Gluckman. They're also unwilling to make deals on popular models. "We are selling Camaros with no incentives because we can," says John M. McDonald, a GM spokesman who adds that the cars have been selling pretty much as soon as they roll off delivery trucks.

How did carmakers get the upper hand on consumers so quickly? As recently as February and March, the industry had about a 100 days supply of trucks, says Paul Taylor, an economist for the National Automotive Dealers Association. With so many vehicles waiting to be sold, credit-worthy consumers could find deals pretty easily. Automakers were quick to scale back production. But now that auto loans are a little easier to come by, demand is increasing just as supplies are dwindling, notes Taylor.

That's welcome news for Detroit's beleagured auto industry. Robert Parker, a Ford spokesman, says the company's inventory streamlining has paid off with cars now arriving on dealer lots "fresh and fast-turning." An additional result: higher prices on hot new models like the Mustang and the Fusion, with Fusion prices up $1,800 over last year.

That may seem like a hike to drivers, but to dealers it's more of a correction. Chuck Eddy, an owner of Bob and Chuck Eddy Chrysler/Dodge Jeep in Youngstown, Ohio, says car prices are now more in line with their actual worth. Eddy says his business is up 20 percent over last year and he expects to run out of Chrysler Town and Country minivans and his stock on the Jeep Liberty before the month is over.

Helping grease sales is the government's new Cash for Clunkers program. It gives consumers anywhere from $3,500 to $4,500 to trade in old gas guzzlers, likely bringing more foot traffic into showrooms, says Lonnie Miller, director, industry analysis for R.L. Polk and Co. Automakers are optimistic too. GM believes the Cash for Clunkers plan could result in up to 50,000 more its vehicles being sold.

But what if your car doesn't qualify for the government program? Can drivers still get a get a good deal? Yes, says Fred Gallo, of Gallo Motor Center Corp. in Worcester, Mass. Manufacturers are still offering aggressive discounts on select models, he says. GM, for example, is offering a discount and cashback bonus on its new Chevy Traverse that could save buyers $3,345 on the crossover vehicle's $29,990 sticker price. If you walk into a dealership and they don't want to strike a bargain, go to another dealer. Says Gallo: "[There are many] who are certainly anxious to do business, whether they have 50 or 150 new cars."

Alison Blackman of Brooklyn, N.Y., didn't find that to be true when she visited dealerships in neighboring New Jersey. Looking to replace an 11-year-old Honda CRV, she and her husband were faced with $40,000 to $50,000 sticker prices for "crummy" midsized SUVs. Showrooms were packed and they were "virtually ignored' by the dealers they visited. Disappointed at the lack of bargains, she's given up, determined to drive her car until it falls apart.

Tags: Cash For Clunkers, Looking for a big bargain, You might be out of luck, new car, new truck

Comment by Mike Warwick on July 29, 2009 at 5:11pm
I wish I had a nickel for every time a customer said. "With the trouble the auto industry is in, you should be jumping at any reasonable offer." Sure, let's lose $5k to sell you a brand new vehicle. That will help to turn things around for the industry. It's nice to see things leveling out.