Bing Moving to Keyword Not Provided

There's been a lot of talk recently about the keyword (not provided) ordeal that has been increasingly plaguing users of Google Analytics. Pretty much every single blog that talks about digital marketing (including this one) has had multiple articles about not provided and what it may mean. Of all the suggested workarounds, one of the more popular was to start relying on Bing Webmaster Tools for the data. Sure, the search volume was less than Google, but you could take what volume there was and extrapolate it to get a pretty clear picture of what keywords were working for you.

Well, it was nice while it lasted, but now Microsoft and Bing are joining Google in the keyword (not provided) world.

This is all coming down as a result of all the recent NSA scandals. People care more than ever about their privacy online, and Bing is feeling the pressure to move to encrypted search. Bing isn't the only one either, Yahoo is considering taking similar actions. That's right, the top three search engines are all going to move to keyword (not provided), so if you thought people were freaking out before, you haven't seen anything yet.

There are meetings this week in Redmond where the Bing execs will look at exactly how they want to roll out their new encrypted search, but smart money is on their data being limited in the exact same way as Google's. Yahoo is claiming there encryption program will be opt-in, but they receive their results through Microsoft and Bing, so it's unlikely that they'll actually be able to have much clout in the matter.

Have you developed a workaround to the not provided problem that doesn't involve Bing or Yahoo? If you haven't, now may be the time to contact your friendly neighborhood Wikimotive and get some free advice on the matter.

I figured to write an article on it: http://www.worlddealer.net/2014/05/the-not-provided-keyword-conundr...

Doesn't matter to me

To elaborate further... Our tool breaks down the exact keyword based upon individual pages tracked. 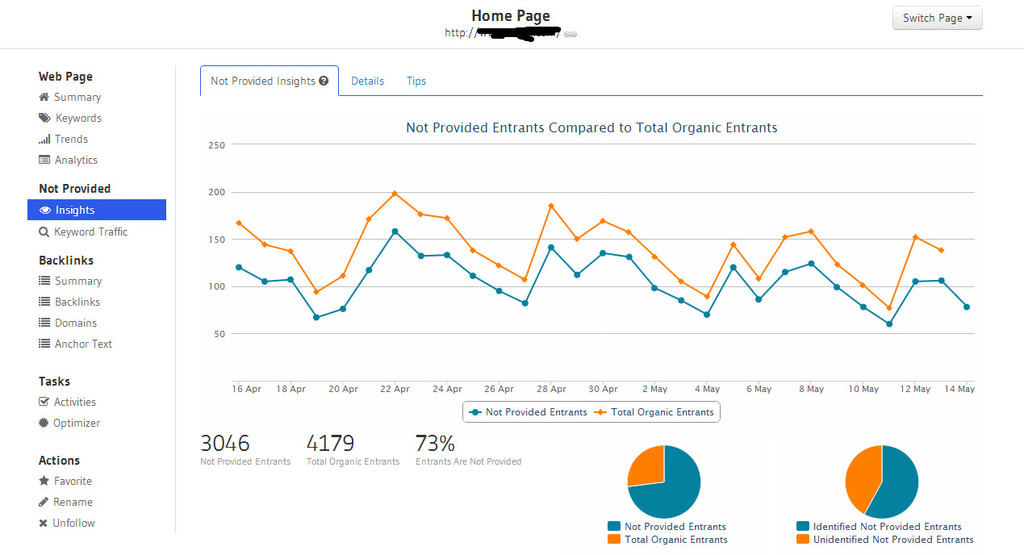 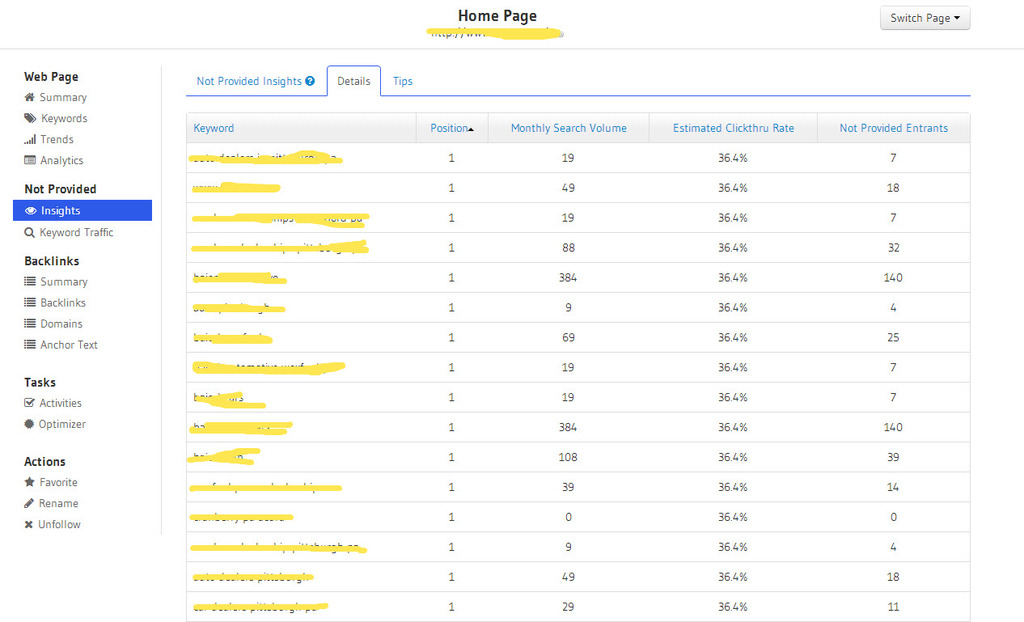