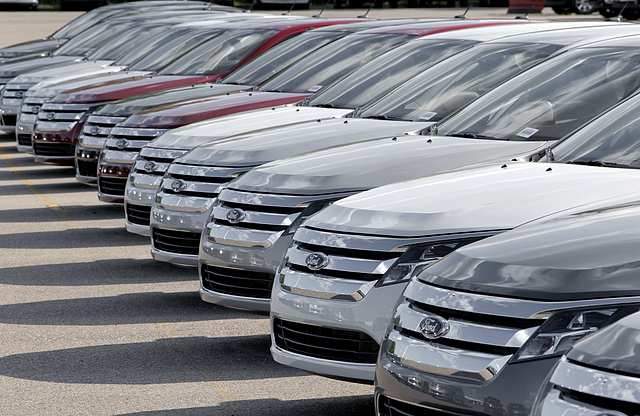 
An overwhelming percentage of new-car buyers said they would consider a vehicle made by Detroit's Big Three, according to a survey released Wednesday by the Consumer Reports National Research Center.

"The number really stood out as surprisingly high," said Jeff Bartlett, Consumer Reports deputy editor for online autos. "The domestic brands are poised to succeed if they can deliver; the deck is stacked in their favor."

A similar survey conducted earlier this year by AutoPacific, an industry marketing and consulting firm based in Tustin, Calif., showed 72 percent of consumers were likely to consider buying an American vehicle.

Ed Kim, an analyst at AutoPacific, said there was a lot of negative publicity aimed at Detroit at the time, in part triggered by a rash of negative headlines about domestic auto executives flying in corporate jets to Washington to seek federal loans. Then General Motors Corp. and Chrysler LLC limped toward bankruptcy. Both since emerged as new, leaner companies.

"There are really two camps, one that is upset with GM and Chrysler and another that wants to support the domestic industry," Kim said. "My hunch is that the one camp has gotten a lot bigger."

Bartlett attributed the high survey numbers to several factors, including the continued improvement of many domestic vehicles and a sense of wanting to help American companies during tough economic times.

"There is somewhat of a patriotic fervor to help out their neighbor," he said.

Through the end of August, U.S. carmakers were trailing Asian and European makers in sales, 3.1 million to 4 million.

The survey, however, reveals that consumers don't see all U.S. carmakers equally.

Ford Motor Co., which did not receive or ask for federal subsidies, was perceived as much better than General Motors Co. and Chrysler Group LLC. When respondents were asked to compare their willingness to consider domestic models today versus a year ago, GM's image had improved slightly, while Chrysler's dropped significantly.

Chrysler declined comment, and Ford did not return calls.

Many consumers worried about the future of Chrysler said its products lacked the quality of the competition, Bartlett said.

GM officials said they've seen a growing change in perception and expect sales to improve during the fourth quarter.

"The proof is in product," said GM spokesman Chris Preuss. "It's essential that our vehicles connect with consumers at a rational and emotional level."

Bartlett said as Detroit continues to improve its image with consumers, it will have to deliver vehicles people feel are well-designed and built. The survey, however, suggests Detroit has the nation's attention.

"Here is an opportunity," Bartlett said. "They can capitalize on it or fail."