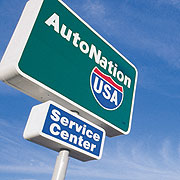 By the end of Friday, 32 new cars will have been sold at 50 percent off the manufacturer’s suggested retail price, courtesy of a promotion by AutoNation Direct and eBay Motors that began March 23. Several more are slated to go on sale Friday, including a Corvette and a Mustang, at http://stores.ebay.com/autonationdirect.

The sale has an added element of suspense: no one except the seller knows when the cars go up on the website. The first customer to put down a $500 deposit gets the car. 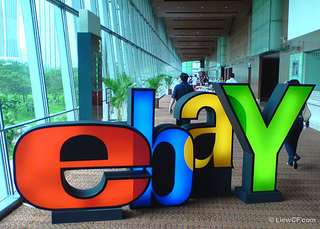 By Friday, the promotion will have sold $834,895 worth of cars for $394,539. The sale has included new cars of numerous makes and models. A Dodge Charger, a Chevrolet Camero, and a Nissan Altima were all sold over the past week.

“We want to make sure this promotion is successful by kicking it off with what people want,” said Marc Cannon, the senior vice president of corporate communications for Fort Lauderdale-based AutoNation, the nation’s largest dealership company. “We want a little muscle, we want a crossover vehicle. That was a big driver in making sure that the cars have an appeal to different segments.”

Originally slated for 29 vehicles, the partners have decided to expand to 32.

AutoNation Direct and eBay Motors began working together more than a year on offers such as a guaranteed price for owners looking to sell their current cars. Though both companies have offered discounts previously, prices haven’t been as aggressive, nor has the inventory been as broad, said Chang.

Both companies relied heavily on social media to get the word out about the promotion. “Contests or discount deals are very popular content,” said Sean Wolfington, CEO of Tier10 Marketing. “They have a more desirable sharing rate than other forms of content. People are going to like or comment or share a contest that gives you a car.”

Customers who purchase cars online are still a minority. However, the Internet is cutting down on the amount of time the average person spends at the dealership. “They let their fingers do the walking through the web and mobile,” said Wolfington.

“The...majority of customers definitely want to do most of the research. They spend the minority of time in the dealership. They are oftentimes more educated about the product and the pricing than many of the salespeople.”

Though future shoppers may not find deals this sharp, those who use mobile devices and computers to buy cars from their couches will likely grow, said Wolfington.

Like many Americans, Schaffer prefers to skip the negotiating and waiting that are often part of shopping at a dealership.

“I’d rather deal with social media and buy things online,” he said. “I did the research on cars. I saw the deal pop up and knew it was a good deal and wanted to buy it now. And... here I am picking it up.”

Though Schaffer lives in Boulder, Colo., he decided to fly to Miami to pick up the truck himself. “It would cost me $1500 to ship it and maybe it will cost me $750 to drive it,” he said. “This way I get to see some family and hang out and see the sights.”

Larry, I can understand giving away a car that needs to go.  I just can't wrap my mind around the groupon concept that conditions people to expect that loss in order to buy a car.  Of course it's happening anyway now, isn't it through unrealistic and unsustainable price competition between same-brand dealers.

BTW, I really enjoyed your presentation at DD12!

Tom I think net/net is someting you do when have to move the car.

@Larry  Wouldn't you consider net/net to be a great offer?

I understand the concept behind Groupon but don't like it.  I think it conditions people to think they can get something for nothing.  Eventually they come to expect it.

@Marc - I have said this many times and I can't think of a better example than this tactic.

"Bought loyalty is not sustainable"

Like Groupon customers they will be loyal to Ebay not Autonation and will want to go back to Ebay for the next incredible deal not Autonaiton.

@Tom - I agree with you 50% off is an unrealistic expectation. That said I agree with the concept of a single great offer per day to keep people comming back to YOUR site.

By the end of Friday, 32 new cars will have been sold at 50 percent off the manufacturer’s suggested retail price??? Excuse me!?! This is the way we condition our customers to expect the impossible.

It's the adaptation of Groupon and Livingsocial to the car business.  Traffic back to AutoNation will certainly go up, and I'll guarantee for $300-400k in cost (or less) it couldn't be duplicated.  I'm sure there has to be a cost offset to have this on eBay as well.

If my guess is correct, brand identification, uplift, and chatter are driving this marketing tactic, not sales or profit. Small price to pay for a group of this size to test a new tactic.