With the passing of legendary World Heavy Weight Champion boxer Joe Frazier, it leaves me thinking about what it really means to be a champion.  Smokin Joe Frazier, Big George, and The Greatest dominated a major American sport. But, that’s not all they did.  They were cultural icons and powerful businessmen. When establishing your accessories program in your dealership, you are going to need a champion to lead and keep the program going. But, who do you choose?

Taking a lesson from real champions, here are three characteristics to look for when choosing your accessories champion. 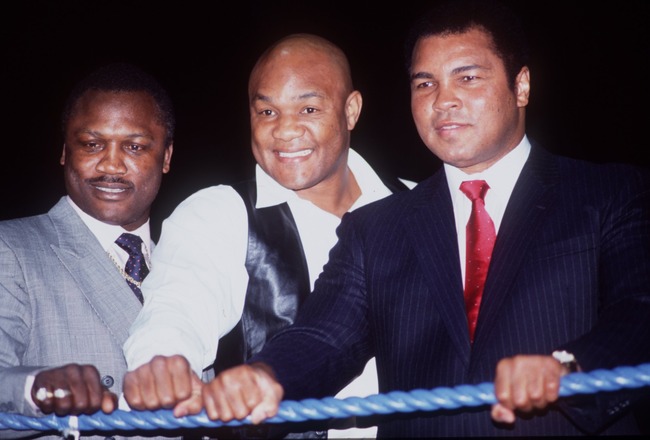 You’ve heard it a million times.  “I'm the greatest, I'm a bad man, and I'm pretty!”  And, no one really disagreed with him. Not just because Muhammad Ali was a heavyweight boxing champion, but because everyone liked him. Just like “The Greatest”, your accessories champion has to be someone with a lot of likability.  Charisma gives them the ability to be accepted by managers, sales personnel, and customers alike. Their influence helps connect the importance of accepting the accessories process and selling accessories throughout the dealership. Just like Muhammad Ali was for himself, your champion has to be a cheerleader for accessories.

Joe Frazier wasn’t a champion of many words. But, he set the standards by doing. He was the first person to actually defeat Muhammad Ali. When Hollywood wanted to make a movie about a boxer they molded the most famous scenes after the real heavy weight champion’s training style.  When you choose your accessories champion you want to pick someone who also has those same leadership abilities that cause them to set sales standards and make other consultants want to be like them. The champion in your dealership is going to be responsible for driving policy in your dealership. So, make sure they have the discipline to lead by example.

It’s estimated that George Foreman made over 200 million dollars selling the famed George Foreman Grill, which is much more than he made as a boxer. During his comeback from retirement Big George seemed to be on every channel selling everything from sandwiches to mufflers. Just like this Heavy Weight Champion your Accessories Champion needs to be someone people want to buy from. They should be a highly trained accessories salesmen with excellent business sense.