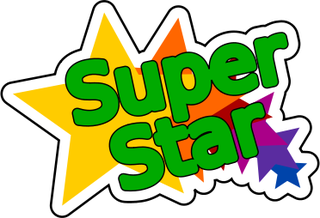 Everyone has worked with Negative Nellie and Cantankerous Craig and seen how they can poison the waters of progress with their hater-aide.  Their less than inspiring attitude spread like a cancer through what was once an optimistic and forward moving team.  To managers and fellow peers, it is easy to identify the Nellies and Craigs and see the impact they have on team success.

There is however another team mate that can chip away at the achievement of a team.  Sometimes, Super Steve and Amazing Audrey and the egos of these all-stars can be as damaging as the negative influence of a cancerous pessimist.  Superstars are often over looked as the source of stagnation or decline in production of the team because they themselves are producers.

There is no click it and forget it when it comes to managing a team of people.  Super stars require different lessons than Andy Average.  While under-achieving Uma needs a totally different type of attention.   The wise manager understands that personal success is wrapped up in the success of others, namely those they manage.   Management is about discovering talent and then developing each member of the team to realize their full potential.  Every day, the game is to strive to be better than yesterday's best.    In developing a team, the determination to perform at your best is seen as loyalty to the team.  When a member of the team stops striving to be better than their best, this action is seen as disloyalty to the team.  It takes every member of the team doing their job to achieve success.

Coaching a superstar is just as important as motivating and bring along the under achievers.  Just because a super star has talent does not mean they should not be managed.  Often the ego of free range superstar will come to wear on the morale of the entire team, creating a space for forward momentum to slow and even halt.  For example, if Andy Average consistently sells 12 cars per month but through Sales Performance Training has taken on the challenge and has learned to sell 14 cars, that achievement is motivating to the team.  Then there is Super Steve, who normally sells 25 cars per month.  Super Steve has become complacent and has settled for selling only 20 cars per month because he is comfortable with this minimal effort.  Even though Super Steve is selling more cars by settling than Average Andy who has shown improvement, it is the lament of Super Steve not playing full out that will be seen by the team as disloyal.  Disloyalty creates instability.

Super stars do not belong on pedestals.  All it takes is a little career rough housing and pedestals wobble and things fall off.  When a super star falls, it is not only devastating to the super star; it also creates instability for the rest of the team.  Need proof?  Just look at the number of professional athletes that have fallen off their proverbial pedestal and the affect it had on their team and fan base.

Encourage the whole team, including your superstar, to always be seeking opportunities for personal and professional growth.  Assert often that perfection is not something to achieve, it is something to always be aspiring to.  Keep moving the expectation and achievement bar with a super star and level the playing field for the whole team.  Praise a super star softly.  Build their character and not their ego with fanfare.  When the ego of a super star begins to wear on the morale of the team, remind the group that it takes the efforts of the entire team to win.  One single player, even the super star, is not a stand-alone winning machine.  An ounce of prevention is swifter than inoculating the whole team with a large dose of recovery and rebuilding.  Be the organization where people love what they do for a living, love who they work with and the rewards will far out weight the yields that pressure, stress and barking orders ever will.