Are You Getting the Most Out of Your Dealership's Website?

I heard a story about a prospect who came into a dealership and was asking about the television ad they had seen. It was a GM “Sign and Drive” campaign with no money out of pocket. After investigating the situation a bit more, the salesperson determined that the campaign was for their competitor in another part of town. When the salesperson went to the competitor’s website, the offer was nowhere to be found and the dealer wasn’t even highlighting any special! It was an interesting look at how dealers (and even vendors) view their websites – as a place to showcase their inventory, rather than the most important ad for their business. 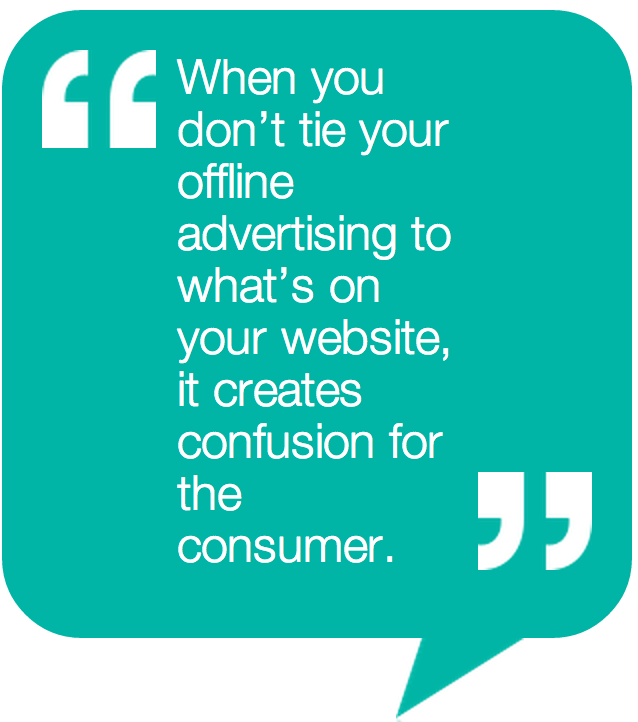 Recently, CDK Global published a white paper that reported only 14% of the 6,000 dealer websites that were reviewed had specials for each and every department. I’m astounded by that super-low figure! There are thousands of franchise dealers spending billions of dollars in traditional and digital advertising.  A majority of consumers will end up on the dealer’s website before coming in to buy.  When you don’t tie your offline advertising to what’s on your website, it creates confusion for the consumer. Just as in the initial example, the competitor ran the campaign and the prospect went into the wrong dealership. How many of you want to lose a prospect to a competitor?

In the majority of cases, specials on a dealer’s website come from the Internet Manager who may have absolutely no clue what offline campaigns are running.  I always ask, “Does your Internet Manager produce your TV spots for you, create your direct mail campaigns, or write and produce your radio ads?”  If the answer is no, then why should they be in charge of what advertising is reflected on your website?

What Your Dealership Needs to Do With Your Website

Therein lies the rub.  There is a major disconnect between the way dealers should view their websites and the way in which they actually do.  This is perpetuated by the industry since most website providers rely on the dealer to put specials on their websites. Your website should be viewed as today’s print ad; it needs to be the first place you put your ad campaign message.  Do you remember having weekly meetings to figure out what to put in your newspaper ad?  Those meetings can still be done, but instead of making changes to a newspaper ad, you’re making changes to your website ads on the spot.

With thousands of people going to your website each month, shouldn’t it be viewed as the best place to put a “Why Buy” or “Call to Action” or “Coupon” for every profit center?

So, What’s Really Going to Work?

There is so much information online that I truly believe it leads to “analysis paralysis.”  In the end, it’s the simple things that still work to get prospects to buy from you.  Advertising has always been about making people feel good about the decision to purchase from you.  And the game has always been about how targeted you can be when putting an ad in front of a prospect for the least amount of money.  So, if thousands of people go to your website of their own volition, doesn’t it seem like they would be far more receptive to a call-to-action ad than an ad on the radio? Or even better, that the two combined provide more frequency and affirmation to a prospect than one on its own?  The dealer’s website is by far the very best place to tell people why to buy from you.  Don’t miss the most targeted advertising opportunity at your disposal!

Alexander, that's great.  We handle our customer's specials in 3 ways.

1. They control and facilitate everything, which means, they send us the ads from their agency.

2. We have direct communication with their agency and the agency sends it to us.

3. They tell us the specials and we create the ads.

If they don't send us anything, we reach out to them Thursday afternoon or Friday morning, depending on the client.

We then distribute the specials to all the marketing channels.  Our goal is to make it as easy as possible for the dealers.

Yes Carl, you're referring to a greater digital marketing strategy.

Comment by Ralph Paglia on October 16, 2014 at 11:24pm
Great article, Christy! I've always seen the best results for car dealers happening when their websites are an integral part of their total marketing communications and advertising message.

You are right on!

By tying everything together, you are getting maximum mileage from your ad campaigns.  You can go even further than the website by integrating your ad campaign into Pay Per Click and other digital advertising to make your vehicles sound better and/or less expensive than the competition.