And the Most Influential Media Is... Not What You Think It Is!

The Internet and traditional media such as magazines, newspapers and radio constituted a second tier of influence among online consumers surveyed in the US, UK, Japan, Germany and Brazil. 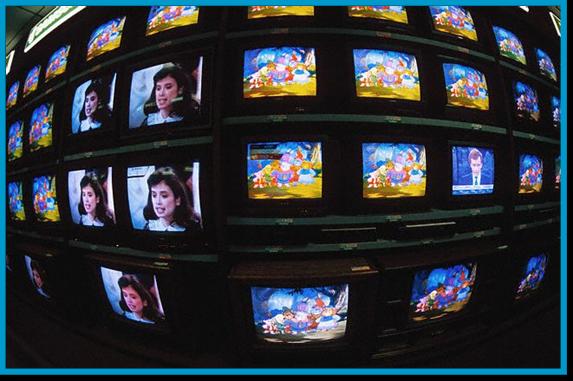 Television’s dominance came despite the majority of consumers in all five countries saying their computers were used more for entertainment than their TVs. Deloitte said the top two Internet ad influences across all countries were search engine results and banner ads.

“In the US, television commands one-fourth of total ad dollars across all media,” said Carol Krol, eMarketer senior analyst. “Many marketers indicate despite the fragmentation of media and consumers’ shift in media consumption toward digital media, TV still does the best job of reaching a critical mass of customers. It remains the most effective way to boost brand awareness.”

The reason TV continues to hold such sway is partially a matter of momentum, since TV ad spending still dwarfs spending on other media—especially online. eMarketer estimates advertisers spent nearly $70 billion on TV ads in 2008, compared with $23.6 billion online.

Comment by Ralph Paglia on February 1, 2009 at 12:02pm
John and Louis, there are basically two types of consumer marketing research... One is based on what consumers themselves report as being most influential and the other is based on measurable activities. This research I cited above is based on consumer PERCEPTION and what they will "most likely" remember as having the greatest impact on their decision making when buying a car... However, as a 25+ year veteran of marketing and selling cars, I know that there are many times when something in some type of media channel exerts far more influence on what and where consumers buy, and the consumer does not readily report that influence. All of these types of research studies have value, but none of them is so valuable that it precludes looking at other studies, your own reporting metrics and then using good sound judgment. Additionally, this study is like so many in that it does not factor in the cost of influencing consumers. I could take out 5 Superbowl TV ads that run today for the ADM site and flood this website with visitors... But, would it be cost effective? I don't think so... What's my point? All this research is useful and should be inventories to assist your decision making and the job of convincing other people... BUT, to be a REALLY good automotive marketer, each of us must take a finite and limited budget and weave an integrated mix of marketing and promotional activities across multiple media channels that achieves the greatest impact on our employer's or client's total business.

Comment by louis on January 31, 2009 at 4:38pm
Since TV got the largest audience it sure does influence more but I strongly believe that blog and social media got more influence on its ratio users/conversion.

Comment by John Cisar on January 23, 2009 at 6:48am
And its important to use the leverage of traditional broadcast media to drive consumers online. New and Traditional, go hand in hand.