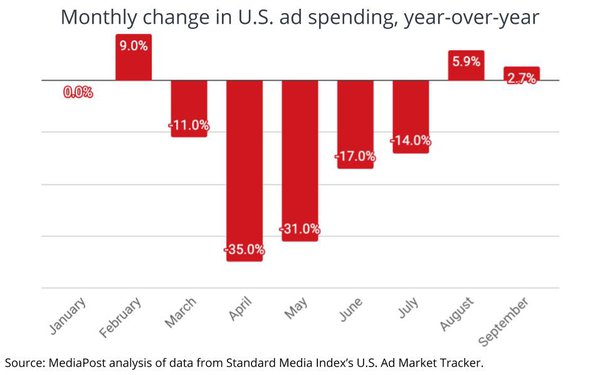 The U.S. ad economy grew 2.7% in September, marking its second consecutive month of expansion since the effects of the COVID-19 pandemic sent it into decline in March.

While the rate of expansion fell by half from August's 5.9% growth, it nonetheless indicates sustained growth for the U.S. ad economy and affirms industry forecaster projections that the ad recession would bottom out during the second quarter and that ad spending would once again begin to expand in the third quarter.

The data, a MediaPost analysis of ad-spending data processed by Standard Media Index's U.S. Ad Market Tracker, is derived from actual media buys made by the major agency holding companies and does not represent the long tail of small and medium-size businesses, which may effect the industry's final economic analysis.

That said, based on current projections, the U.S. ad economy will have declined in all of the first three quarters of 2020, performing better than U.S. economic growth for the first two, but would significantly lag what is anticipated to be significant expansion in the U.S. GDP during the third quarter when the Bureau of Economic Analysis announces its official estimates on Oct. 29 (see comparison below).

September's ad growth came primarily from the largest advertisers, with the top 10 ad categories expanding 2.9% while all others declined 3.7%. 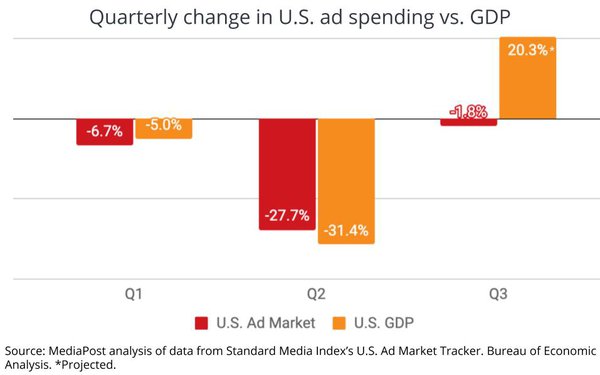 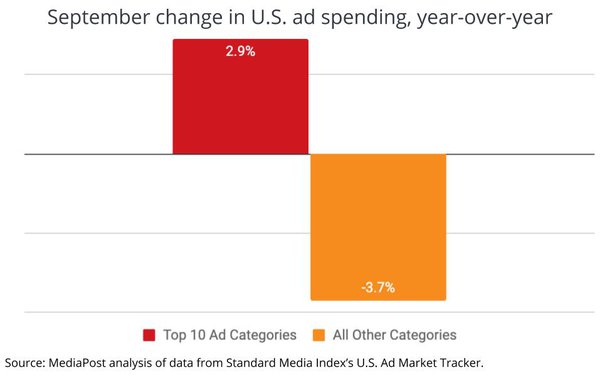 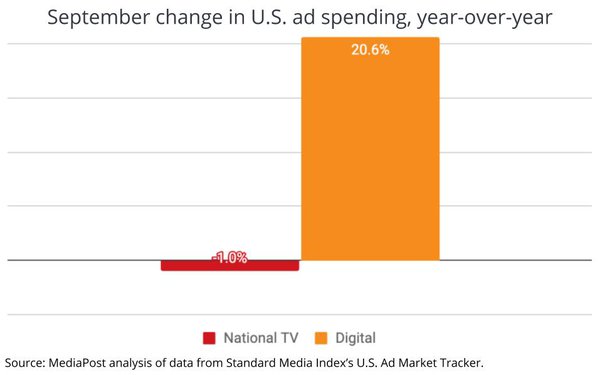