All Automotive Marketers Are Publishers; Learn How To Do It Well! If you sell cars, then you need to either become a great story teller, or figure out how to survive by selling at the cheapest price!

If you are going to be a Publisher (story teller), then you should learn how to do it well.

In 1999 I was using "Geocities" to create web pages with instructions and files for downloading that were designed to assist dealers, as well as myself and the consultants I worked with to set up Internet Sales processes and lead management follow-up activities... As part of making my Geocities publishing efforts effective, I would write and publish "Best Practice" examples... Stories about how the tools I was providing were being used in various dealerships to sell more cars.

A few years later, in 2005 I started using various blogging website platforms to create "Microsites" that were used to publish stories and images about vehicle models, customers, people I worked with, how financing and leasing works and anything else I could think of that might be of interest to people I wanted to connect with in my business activities... Which were primarily selling cars and trucks to people.  I never really thought of it at the time, but over that siz year period, I became an avid story teller that published my stuff (content) to the web using a variety of publishing platforms.

Now, I would love to say there was a method to my madness, but the truth is that during that development period, from 1999 to 2005 I would use just about ANYTHING I could find that would let me create and publish my stuff... Geocities, Tripod, MySpace, Blogger, Wordpress, and anything I could leverage to publish a good story, and hopefully insert some photos while creating links to my eCommerce sites, including inventory, specials pages, etc.

For many of us who have been at this for awhile (selling cars using the web) it may be useful to remember and consider that a mere five years ago Twitter was just coming into existence (three months old), while Facebook had only just started accepting non-student member profiles. Neither of these social media upstarts had any type of revenue producing business model.  Heck, Digg was considered the dominant social news service, and the real monster of social media in 2006 was MySpace, which became immensely popular with hundreds of millions of people. 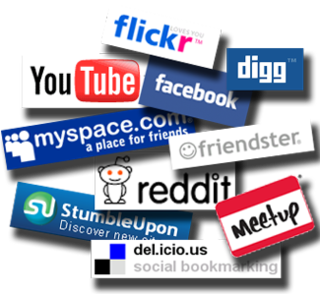 During the course of the five years since 2006, Twitter, Facebook, YouTube and thousands of independent blogs, forums and online communities have become huge forces, driving the rise of what John Battelle called "conversational media" as opposed to "packaged-goods media" where marketers traditionally sent messages to consumers using one-way communication channels.

Starting in 2006, John Battelle laid out five "golden rules" to guide marketer's use of this new type of "interactive media" in several blog posts.  Since then, John has developed the belief and professed the perspective that all interactive media (social media) can be categorized as being available in one of two distinct flavors:

If you have ever read any of my articles about car dealers and automotive marketing professionals using a "Hub and Spoke" social media strategy, you will recognize many similarities with John's recommendations... What he calls "Independent" platforms are what i usually refer to as "Hub sites" and what John describes as "Dependent" platforms are what I usually classify as "Spokes".

These Dependent web platforms and the sites they power are the online interactive media (social media) where people go to discover and share new content.

Battelle describes "Independent sites" as those interactive types of websites that make up the "millions of blogs, community and service sites where passionate individuals "hang out" with like-minded folks."

Both John and myself define these "Hub" (Ralph) or "Independant" (John) sites as being where much of the content that is shared on "Spoke" sites (Ralph), using "Dependent" (John) web platforms.  Basically, one of the most effective ways to share content across Spoke/Dependent social media platforms is when that content originates from Hub/Independent interactive media sites, which is where most good content it is usually created in the first place (Ralph's opinion).

John and I both agree that Automotive Marketers need to play in both spheres to effectively build awareness of who they are and the products they sell and service. In order to remain competitive (or gain a competitive advantage), Car Dealers and Automotive Marketers must grow their thinking and marketing capabilities beyond the quaint, yet outdated "one-size-fits-all" strategy for creating content that is delivered by all media channels. Simply posting your dealership's TV spots on YouTube is not the most competitive marketing move a car dealer can make -- the web ain't TV! 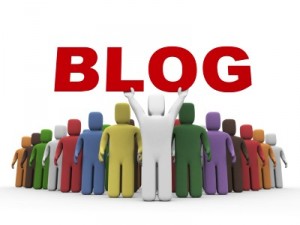 Times have changed, and automotive consumer expectations have changed dramatically over the past five years... Picking up the Police Chief's messaging delivery tool of choice, the Bullhorn, and shouting out your message as loud as possible not only does not work any more, it projects a perception of your dealership that is most likely not a desirable one. Dictating a dealership's message to your audience is no longer acceptable. Especially amongst the 90% plus of automotive consumers who use the web to shop for new and used vehicles, as well as how and where to service them. The Automotive Consumers of today and tomorrow go online expecting a dialogue, so associating your dealership and the people that work there with relevant information and passionate discussions around the topics contained within that information is one of the best ways to ensure that you and your dealership's teams of associates in sales and service are engaged with your local customers and those that influence them.

John Battelle showcases the cosmetics juggernaut L'Oreal as an ideal example (one of his clients), for partnering with the Independent web (Hubs) to create great content for its Makeup.com site while building an audience by syndicating that content through channels that include Facebook, Twitter and Tumblr. 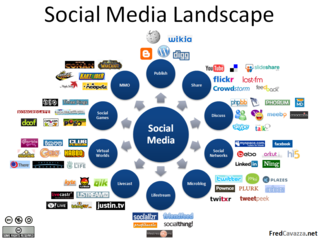 This combined Independant/Dependant or Hub and Spoke approach is essential, because while it's easier than ever for a brand to be a publisher, there has to be a way to both create great content in an unfettered environment (Independant/Hub) and merge that content with great publishing and content distribution practices so that a dealer's marketing campaign can build enough audience to achieve critical mass... Which is reaching enough people in order to have a measurable impact on sales volume and service revenue to justify the who program.

All of this new thinking has led John Battelle to create a "Sixth and latest Golden Rule of Conversational Media".  He recently published an article in Advertising Age where he elevates this Sixth Rule to stand with the original five that he published in 2006:

6. All brands are publishers

A dealership's "brand" in a local market area or region is a complex and dynamic set of perceptions amongst the automotive consumers in that area. But I believe that most automotive marketing professionals would agree that the components of that dealership brand include:

All of these components require having the skills of a conversational publisher in order to be successful in acheiving the desired position in the minds of those same automotive consumers that will define what that dealership's brand really is.

The reality of today's landscape where a dealership's customers decide where they will spend their money is that buying ads, having a Facebook page, or managing a Twitter handle is simply not enough for success. Car Dealers will need to create and publish valuable content to their own independent and interactive web sites, so that both their employees and their most loyal customers and fans will have things to share on the dependent web services and platforms that have become so popular with automotive consumers.

Simply browsing around the Automotive Digital Marketing Professional Community will reveal virtually countless ways to ensure that dealerships and their staff are deeply involved in the conversations that automotive consumers are having that matter.  John Battelle's advice to car dealers is simple:

In John's recent Advertising Age article he closes with guidance that I completely agree with... In order for car dealers and automotive marketers to be truly effective in a way that drives business results, they must follow those first five "Golden Rules" of publishing that he first defined in 2006.  So, let's revisit what those first five Golden Rules of publishing are, along with the newest addition of Rule number six:

Source: (Inspired, edited and revised from the original article)

Five Years after Golden Rules of Conversational Media, an Addendum

The popular term would be inbound marketing, which was made popular by HubSpot CMO Mike Volpe (Who is a graduate of the MIT Sloan School of Management) and is really the future of online marketing.

This is a well written article and I'm glad to see this type of information beginning to appear on ADM. To put all of this in perspective for all the dealerships out there this chart really show why inbound marketing is important... it has a much higher ROI 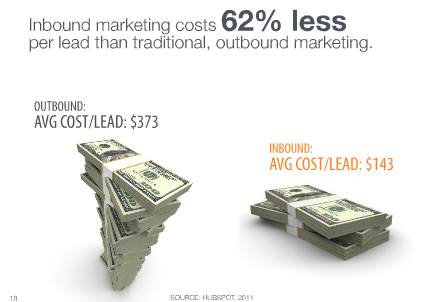 Steve - thank you for your comment... Sometimes i am inspired by the work that others publish, so when that happens i try to always give the other writer full credit, regardless of how much was written by myself or re-purposed/adapted from what the original author had written.