I was thinking this morning about how rockets and Fixed Operations Customer Management are related. With all the news about the different companies striving to become the next NASA, it reminded me that we are all in a "Space Race" even though I know that the two subjects seem completely unrelated and are not even in the same Encyclopedia volume.

And I submit for your consideration that driving a rocket into space and good Customer Service Management is exactly the same. Let me explain why.

Your Fixed Operations Service Business is your rocket ship. In this ship is everything you need to survive when venturing into the hostile environment that is the Customer Service space. In your ship (Service Department) you will find all of your life support systems, everything you need like electrical power, data bases, computer systems and communications.

You communicate with your Customers using phones, text, email and even person to person interaction to get them the information you need so they can give back to you course direction. Things like "Yes, go ahead and repair my brakes and rotate my tires" are course corrections for your Advisor and Techs.

Communications and course corrections are just as critical in your business as they are in the space business. You can't go anywhere unless you know which direction you are going.

Pretty cool, huh. You were driving a rocket ship the whole time and you just thought you were at work.

There is one other element to consider that is the same in space flight as well as your Customer Service Department. It's the people flying your rocket ship and what they do every day. So, I'd like to tell a little story about the space travel business (and Fixed Operations) and how monkeys become astronauts.

As the space race was starting, it became apparent that eventually someone was going to have to strap in, flip the switch and ride a burst of hot flaming gasses from earth into space and achieve orbit. 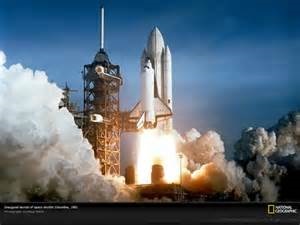 In the beginning, there was a lot of concern regarding the effects of flying what is essentially a roman candle, into space. Not wanting to risk human life unnecessarily, the idea was floated to teach a monkey to ride in the rocket, thereby getting the data necessary to facilitate safe human flight. (Can you imagine the conversation around that conference table? "We've just spent a gazillion dollars on these rockets and we need someone to test fly them." From the back of the room a tiny voice shouts out "We can get a monkey to do it!")

So the call went out, find a monkey to go to space. Now we have continents full of monkeys, however, it's doubtful any of them had seen a rocket much less flown one or even had any idea they were going to learn how to fly. They are monkeys after all. 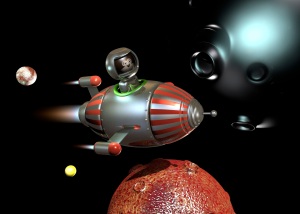 As the search started, it became apparent that we would need to set a few standards in place. We had to find acceptable monkeys. We had to train them. They had to be able to complete some simple tasks, pull a few levers, push a few buttons and survive the trip back to earth.

We found acceptable monkeys, trained them and then sent them. It was a Success...except for one thing. We couldn't get the monkeys to tell us how the ride was, what they experienced and most importantly, what did they learn.

Why go to space if you can't learn?

After all of the experiments were over, and we had all of the data, we went out and found the best pilots and asked them if they wanted to become astronauts. We had a very stringent selection process that filtered out those that would not make it in the harsh environment of space. We instituted a long intensive training program to make sure that the astronauts could fly rocket ships and respond appropriately in case of an emergency. We then edified the position to attract even more talented pilots who wished to become astronauts. (Who didn't want to be an astronaut growing up?) We didn't recruit or train any more monkeys. We found that we had all that we needed.

Nice story. What does that have to do with Fixed Operations Customer Service Management?

Well, I have a few questions to answer your question, Customer Service Professional.

Did the monkey actually "fly" the rocket or just ride around in it and complete a few tasks?

In your business, are your people flying your rocket, or just riding around pulling a few levers and pushing a few buttons?

Take a look at the list of seven strategies for your space adventure next year. 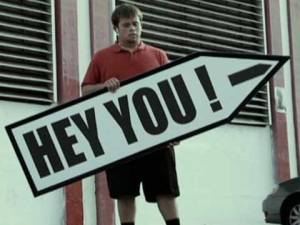 1. Key people in key positions need to be fully trained in the operation of your rocket ship.

4. You can train a monkey to only do so much. Then you need an astronaut.

5. Astronauts need to have a destination to fly to. (Set Goals)

6. If you keep flying the ship, no one else learns to be a pilot. They become monkeys.

7. Everyone likes a monkey until there is a crisis. Then they don't want them.

For the new year is your course set? Do you have astronauts or monkeys?

(The original article was posted here: http://EzineArticles.com/416202 and written by me)