One way to improve acquisition volume and vehicle quality is to source inventory internally. French says that means sourcing trade-ins from existing and service lane customers.

“Those opportunities should account for 60% of inventory, with private party and auction units making up 40%,” adds French, a former Buick dealer and now also a member of the board of directors at TruWorth Auto, a used car superstore in Indianapolis, Indiana.

Internally sourced units save auction fees and transportation costs. The savings immediately flows $600 to $800 to gross. These vehicles are also newer and with mileage lower than auction candidates. They need less recon, so they’re frontline ready faster.

To increase trade volume, consumers’ long ownership cycle must be shortened. Brian Skutta, CEO for data-mining company AutoAlert, is on the march to help dealers do so.

He says today’s 68-month average ownership cycle keeps buyers out of the market too long. His goal is to help dealers disrupt the cycle down to 36 months.

A recent survey of over 400 vehicle owners commissioned by AutoAlert found that consumers themselves would like to trade more often, Skutta notes.

“Interestingly, the survey found that dealers aren’t sharing disruptive trade practices with customers, so they’re not being made aware of opportunities to trade sooner yet keep payments about the same,” --Brian Skutta

Findings from the survey:

Long recon processes erode gross and slow getting vehicles ready for retail. Even if you image and upload trade and auction unit photos online immediately, those vehicles still must be reconditioned. 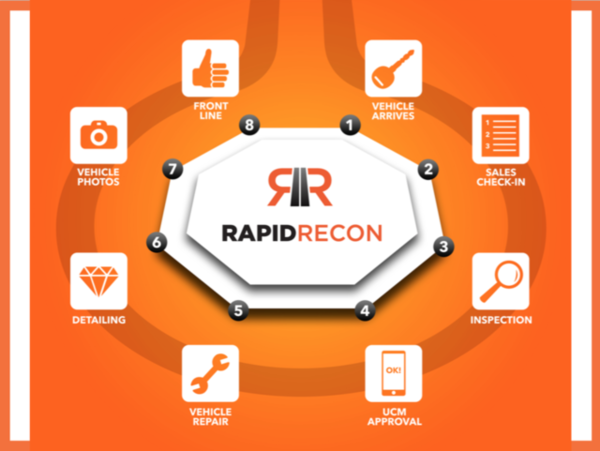 “A typical 15-to-8-day recon cycle kills used car gross. An automated workflow approach, on the other hand, can reduce the cycle to four days or less – meaning used car managers have units online and on lot faster at less expense,” --Dennis McGinn 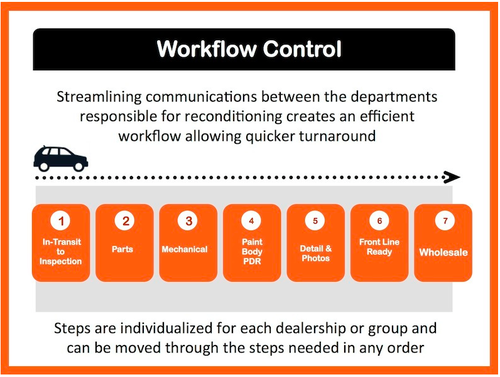 Every unit owned by you has a holding cost associated with it, its share of dealership expense. Paul Faletti, Jr. president and CEO of NCM Associates, cites the average daily holding cost of $32 per vehicle, based on franchise and market area. NCM calculates the cost according to its 20 Group clients and moderator experts. NADA lists holding cost at $40, but French notes the data is heavier in luxury makes, which typically have higher recon costs.

Dealers can calculate holding cost using this formula: Total cost of used car expense minus sales and sales management compensation minus dealer and policy expense divided by number of units sold that month divided by 30 days.

Once fully aware of how holding costs impact gross, used car managers are more likely to respond more promptly to service-need requests from recon. Or, more quickly authorize a more costly part or be willing to pay for overnight shipping if availability leads to faster front line readiness.

“I simply won’t engage clients who are running their car departments without reconditioning software in use, it’s that important to used-car profitability,” --Ed French

Anthony Martinez is director of Reconditioning for Greenway Ford and Greenway Dodge, Orlando. His team reconditions 600 vehicles a month for the two dealerships. “I can’t control what management paid for the trade or whether the used car manager will authorized recommended services,” says the Iraq War army veteran.

“I can control the fundamentals of estimating, inspecting and doing the work. We run our entire reconditioning department using Rapid Recon software, which has tremendously decreased our cycle time from eight days to four,” --Anthony Martinez

Improving turn once units hit the lot is the idea behind vAuto, founded by Dale Pollak, and now owned by Cox Automotive. Pollak says used car managers must strive for a 30-day or less retail sale, on at least 50% of their inventory. This standard,he says, requires that used car managers buy the right vehicles at the right price, recondition them fast and market price them to sell quickly.

Cost of ownership including acquisition and reconditioning costs should be below 85% of the unit’s current retail asking prices, Pollak says.

“I have found that dealers who struggle with both gross and volume are pushing out and selling too many aged cars,” notes LotPop founder Jasen Rice.

“If a dealership is pushing out more than 20% of its sales as past-60-day units, they’re not hitting their true velocity potential. The key is to push for 50% of sales within the first 30 days,” he says.

The best-performing stores, regardless of franchise or market, push out 60-70% of their sales in the first 30 days and less than 10% go past 60 days.

“Those stores achieve the Holy Grail of used car sales in both gross and volume. Dealers that get their inventory practices in line enjoy a three-to-seven day turnaround time, have competitively and market priced inventory out the gate (not aggressive but competitive, on average around 98%) while adjusting pricing every two weeks to get units sold,” --LotPop founder Jasen Rice

Dealers who want to maintain gross will strive to remove time delay and unnecessary cost from vehicle acquisition to front line readiness. They practice market pricing for online and on lot vehicles to sell them within the magic 30-day turn. Retailing has always been about the numbers – technology simply lets you measure what you’re doing – or not – to eliminate wastes that drag down turn and gross.

Jim Leman writes about automotive retailing from Round Lake, IL.  Reach him at jimleman@gmail.com

Brian Skutta of AutoAlert makes an excellent point. Consumers need to know their options and opportunities in order to move themselves into owning or leasing a new vehicle.  But, emails and letters alone are only HALF as effective if you don't include a professional video of the car in motion. Smartinsights.com reports:

"Video in email can increase click-through rates by as much as two times to three times, according to David Daniels, former principal analyst at Forrester Research and current principle at Relevancy Group."

Wouldn't every dealer like to double or triple their email response rates?  How about getting those car owners into your dealership?  Google Insights' recent study revealed that 49% of car shoppers visited the dealer after watching a video (not a slide show). Video of a car in motion creates excitement and an urgency to own one. Text and slide-shows of a car on your lot just don't do that. If the dealer uses snail mail, a QR code within the email that can take any mobile device right to a video test drive has the same positive results.  Think about it: 2-3 times the response rate just by adding video.

Jim, I have been reading your articles for over 10 years now, and I continue to learn from every one of them... Thank you for an informative and insightful look at VERY REAL ways to improve Used Car Operations and Profits. The interviews you conducted were eye openers and the strategy you outlined is easy to see as being more effective than what most used car managers are doing today.