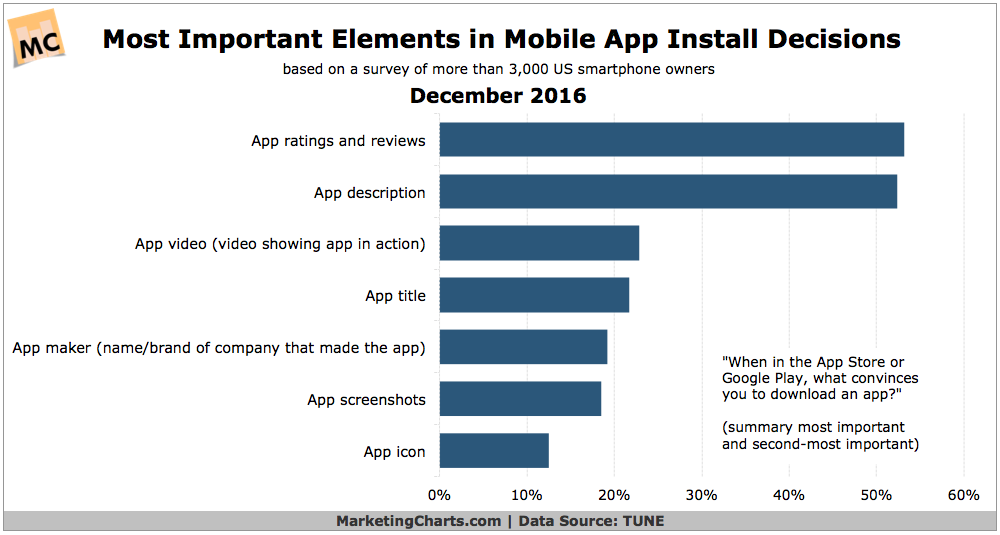 5 Charts to Inform Your Mobile App Marketing in 2017

Mobile apps’ influence on digital media continues to grow stronger with each passing year. With app marketing taking place in a competitive environment, we turn to research provided by TUNE to better understand the drivers of app download decisions.

In this article, we answer 5 questions related to app marketing, based on TUNE’s research.

1. Where Do People Discover The Apps They Install? It probably shouldn’t come as too great a surprise, but apps are most often found in app stores! In fact, a majority of the more than 3,000 smartphone owners surveyed by TUNE said that they first saw the last few apps they installed in the App Store or on Google Play – and no other source of discovery came close.

This points to the importance of app store optimization, which is covered in more detail below. (Hint: reviews are paramount!)

Next on the list, a social media app or site, which was the source of discovery for about one-fifth of the survey’s respondents. Social media figures prominently due to the growing presence of app install ads on these platforms.

Beyond app stores and social media, other discovery sources include web search, mobile ads, and messaging apps, among others.

2. Why Do People Install Apps? The single largest factor in app install behavior is the desire to accomplish a specific task, cited by 37% of the TUNE survey respondents. Not too far behind, the power of word-of-mouth is again on display, with close to one-third of respondents saying that app installs are based on friends’ recommendations.

Not to be discounted: the appeal of interesting ads, apps being featured by Apple or Google, and the app being found in Google results. That more than 1 in 8 have installed an app based on Google results again points to the task-driven nature of downloads.

On an age basis, the results indicate that teens (13-17) are the most influenced by advertising messages, apps being featured by Google or Apple, and friend recommendations. Older adults (45-54) are the most likely to install apps based on search results, while older Millennials (25-34) are the most task-focused. Finally, the 55-64 bracket is the most apt to have downloaded an app due to already being a customer of the brand.

3. What Do Users Care Most About When Making Download Decisions? In its survey, TUNE evaluated 7 factors that smartphone users would consider important when evaluating an app for download from the App Store or Google Play, asking them to rank each on a scale of “Most Important” to “7th Most Important.”

However, on a weighted basis, app descriptions averaged the highest ranking (2.81), slightly ahead of app ratings and reviews (2.88).

Either way, the results demonstrate that good app descriptions (which also help with rankings) and solid reviews are critical in influencing download decisions. TUNE’s analyst argues that:

“ratings and reviews continue to be the top item mobile users value, but have lost their differentiation power for top apps. App descriptions are the new linchpin determining whether people install your app or pass it over for another one.”

Leading the second-tier of influencers are videos showing the app in action, with a weighted average rank of 4.11. In fact, more than 1 in 10 respondents rated videos the most important element when making app download decisions. This aligns with separate research indicating that video is growing in importance for top publishers’ app install mark....

Following videos in importance are screenshots (4.23), demonstrating that users want to know as much as they can about the app before downloading it. By comparison, the brand that made the app (4.59) and the app icon (5.11) are of comparatively lesser importance.

On a demographic basis, the report shows that: It seems pretty clear from the data that at least a 4-star rating is a prerequisite. In looking at a large anonymized data set of about 50,000 top apps (the leading 150-300 apps in each category on both major app stores), TUNE found that:

The report’s author notes that this “is no accident, since top app publishers know how to solicit great ratings and reviews from their most engaged and satisfied users via in-app messages,” generally by using automation to identify the users most likely to highly rate the app.

Finally, TUNE’s analysis shows that ratings are weakly correlated with rank, but reviews are strongly correlated.

5. Do People Even Install Apps? Maybe we shouldn’t have left this for last… And obviously it’s not a fully serious question.
But with comScore data suggesting that half of smartphone users don’t install any apps in the average month, it’s worth taking a look at TUNE’s data on this topic.

Interestingly enough, a sizable share of these downloads may have been simply to compare and evaluate apps (which could explain low retention rates). In fact, slightly more than two-thirds of the smartphone users surveyed said that at least sometimes they install multiple apps that do similar things to try them out, before keeping the one that they like. This is a common activity for more than one-fifth of respondents, who do this often, usually, or always! 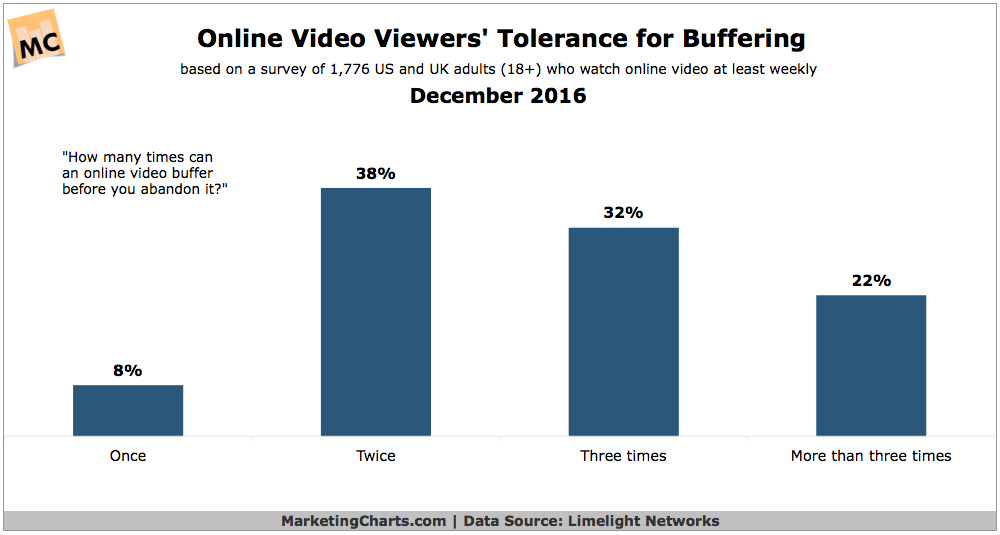 That’s it for our coverage of TUNE’s research, but here are some other articles related to app marketing that may be of interest (beyond those hyperlinked above):