Our industry, much like those of construction, technology, national politics and sports (amongst others) are notorious for being dominated by the male species. Why is that? Is it the old aged theory that women simply “don’t grasp the complicated machines known as cars”? Or is it that we just aren't macho enough? Whatever the reasoning, it simply just doesn't make any sense. 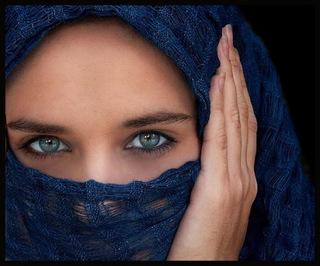 Bottom line…sexism. It plays a major role in our industry and I personally feel it almost every day. I don’t feel it from my colleagues at iMagicLab, probably since I am “just one of the guys” to our crazy bunch, but I definitely feel it from others outside our organization. There isn't a day that goes by that I don’t get “thanks sweetie” or a wink at the end of an email, which I highly doubt my male counterparts get in their correspondence with others in the industry. It doesn't bother me in the least bit (actually makes me blush from time to time, which one can always use) but I do think it’s just the industry standard (odd as it may sound). As mentioned in one of my recent blogs, I recently came to our industry from Corporate America and I can’t think of one occasion that I was treated that way in my tenure there. Probably for the fear of sexual harassment, which can happen in any industry, but for fear nonetheless.

Studies have shown that women in our industry (though few and far between) have rarely held roles at the senior or executive level. Over the last several years I've read several articles stating we would begin to see a paradigm shift- and begin seeing women working in our body shops, making it as senior level executives at the top automakers (Grace Lieblein, VP at GM), to race-car drivers (Danica Patrick). We are breaking down those barriers one by one, and hopefully before we know we won’t just hear “the old car guy” as a reference to those in our industry.

I’d love to see the “no girls allowed” sign taken down, sexism go by the wayside, and for us to continue to build our workforce with the most knowledgeable professionals out there (no matter the gender).

Carey Spillert is a Sales Solutions Manager at iMagicLab. She has recently come back to the industry after years of being a corporate powerhouse. You can follow Carey @theCRMprincess on Twitter and find her on LinkedIn.

Thank you Tom for the reply and for reading.

Carey - I came to the car industry from both the military in Washington d.c., and academia (Johns Hopkins University), and was mortified with the lack of correctness in the industry. HOWEVER, by the early 2000's, much of that had transformed - and 100% transformed culturally in the recent dealer groups I have been a part of. I don't necessarily see the correlation between the politically incorrect behavior you describe in the first part of your post and your NO GIRLS ALLOWED sign reference at the end. (I have often been frustrated by women in EVERY aforementioned workplace who have used a wink or smile to get favored treatment, by the way)

I have worked alongside MANY women on the service drive and in the showroom, but if you look at the pure numbers of the people crazy enough to apply for these positions, the 95% male applicant pool closely mirrors the employee pool. Most don't stay long enough to be managers. But go to the racetrack and look at the fence along the pits - if there are youths there admiring the cars, by and large, they are boys. Sure many women love cars and racing, but not enough to learn the difference between a valve lifters and pushrods. I admire a model on the runway but could really care less who designed her shoes. And not many men apply for the receptionist position, either. Some of what you are describing can likely be attributed to some 'good ole boy' behavior, but in MY EXPERIENCE, girls don't grow up wanting to work on cars. I have met a total of 1. Maybe that's why I love Marissa Tomey's performance in My Cousin Vinny so much.